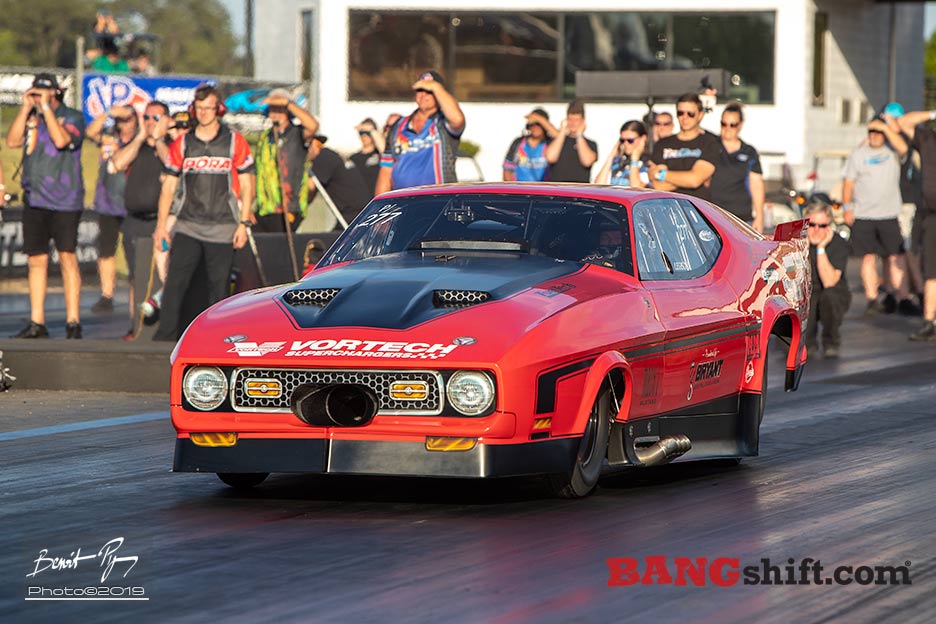 (Photos by Benoit Pigeon) – The 2019 Mid-Atlantic Nationals were fantastic and the surface at Virginia Motorsports Park was on absolute kill. Mother nature did not cooperate with the PDRA just like she did not cooperate with NHRA, NMCA, or anyone else that was trying to race anything. The best door slammers in the eighth mile drag racing world were on hand to take part in the second race of the PDRA’s 2019 “Road to the Finals” season. We were happy to be at the race an especially happy to have a pair of photographers on the property. We’re leading off with Benoit Pigeon’s photos from the event and we’ll follow up with David Whealon’s shots tomorrow.

Terry Leggett’s Mustang which is in the lead position above, is one of our favorite cars. This thing has had a load of different engine combos through it over the years and now it is rocking a Vortech in the snout of the long-nosed body.

You’ll see other cars like the GALOT motorsports Camaro that has won big on radials and slicks so far in 2019 and these guys are really on a program that has to be admired.

Enjoy these photos and we’ll be back with more images and results tomorrow!