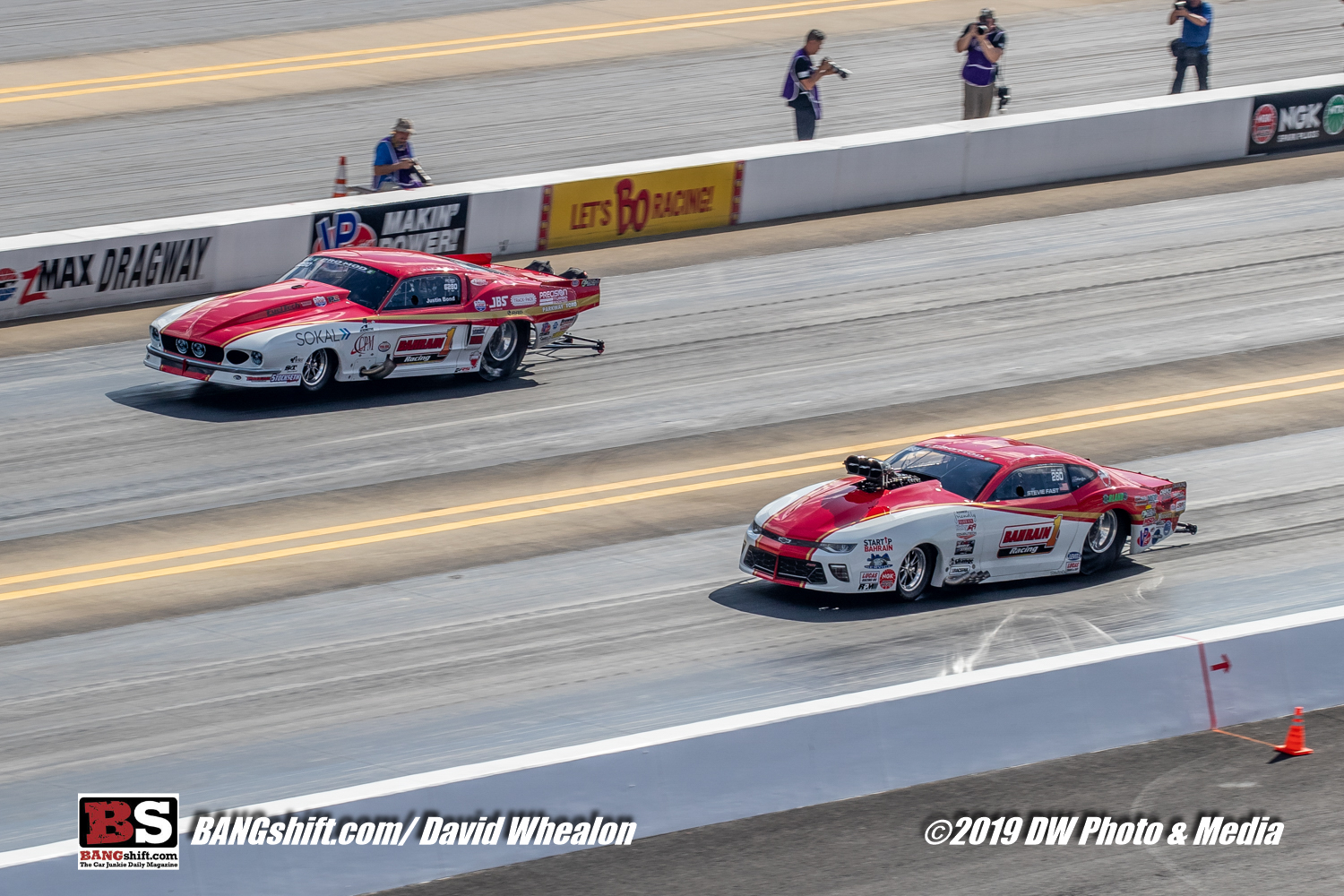 (Photos by David Whealon) – As you know by now, Stevie Fast Jackson and the Bahrain 1 crew took home not only the E3 Spark Plugs NHRA pro mod championship but they also won the race, completing a dream weekend for the group that had worked so hard in 2019. There was controversy involving the same group of racers though as fellow Bahrain 1 teammates Rickie Smith, Justin Bond, and Khalid Al-Balooshi got into a bizarre situation with the NHRA tech department.

After making a pass that qualified him in the number one spot, Khalid was inspected, found to have equipment that the NHRA tech department deemed illegal and he was not allowed to continue at the event. The genesis of this whole sequence of events was apparently Rickie Smith himself who was loudly yelling about that car being illegal on the starting line among racers and officials during qualifying. There was plenty of consternation among the various Bahrain teammates. Al-Balooshi was frustrated, crew chief Brad Personett invited all fellow drivers and tuners to come and look at the car after the ruling. The consensus among the racer population was that the car didn’t appear to have an advantage but the tech department saw differently.

Eliminations were held on Monday because of a washout Sunday that saw zero cars attempt to make runs. At the end of the day it was Stevie Fast and Mike Biehle on the starting line with Jackson taking the win after he locked the championship in the semi-finals.

A wild day and there is one more race to go. Two weeks from now the season concludes at Las Vegas!