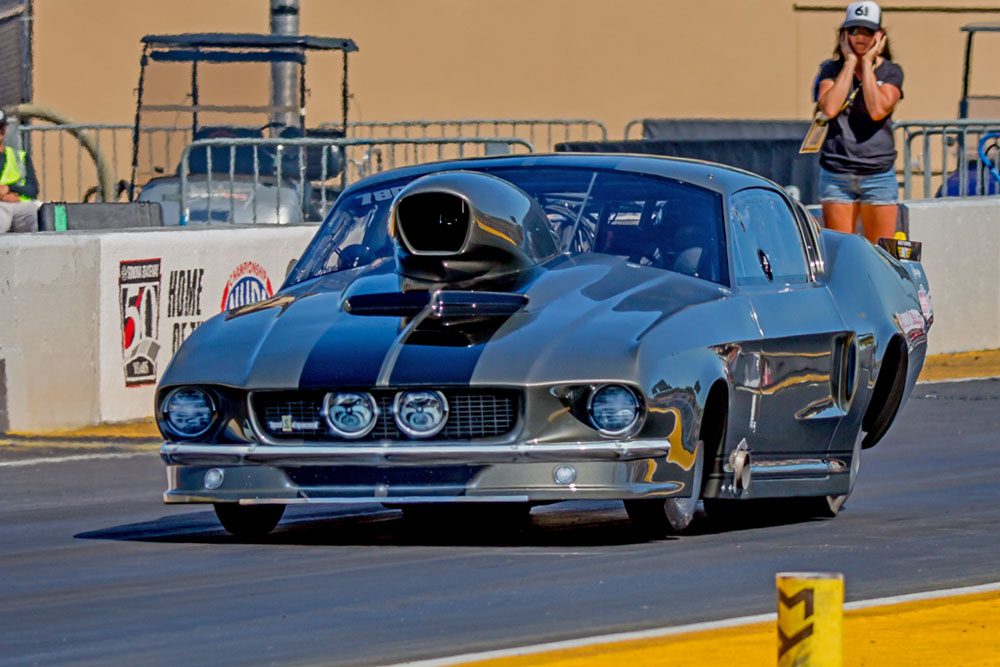 (Photos by Mike Burghardt) – The variety and intensity of the sportsman racing during last weekend’s NHRA Sonoma Nationals was amazing. From stock all the way on up, this was one of the most hard fought weekends of the year on the entire NHRA tour. The winners? Some of the names you’d recognize like perhaps Ryan Herem or Kyle Rizzoli. The biggest name you’d know would be the Super Gas winner, though. That was a man named Bo Butner, picking up his 6th different class national event win and doing it in a car that he had NEVER DRIVEN before Friday time runs! Astonishingly, Butner has dome something similar before. The first time he raced the Super Street category in a car he just bought he won the event as well.

There were several neat moments over the course of the weekend. In super stock the hemi powered cars all ran at the end of the sessions as a group to tribute the late Harry Holton who was a premier figure in those circles of drag racing for many, many years.

Overall it was a great weekend and we look forward to more sportsman fun this weekend in Seattle, Washington as the NHRA tour heads for Pacific Raceways and the 2019 Magic Dry Northwest Nationals! Check out the images below!