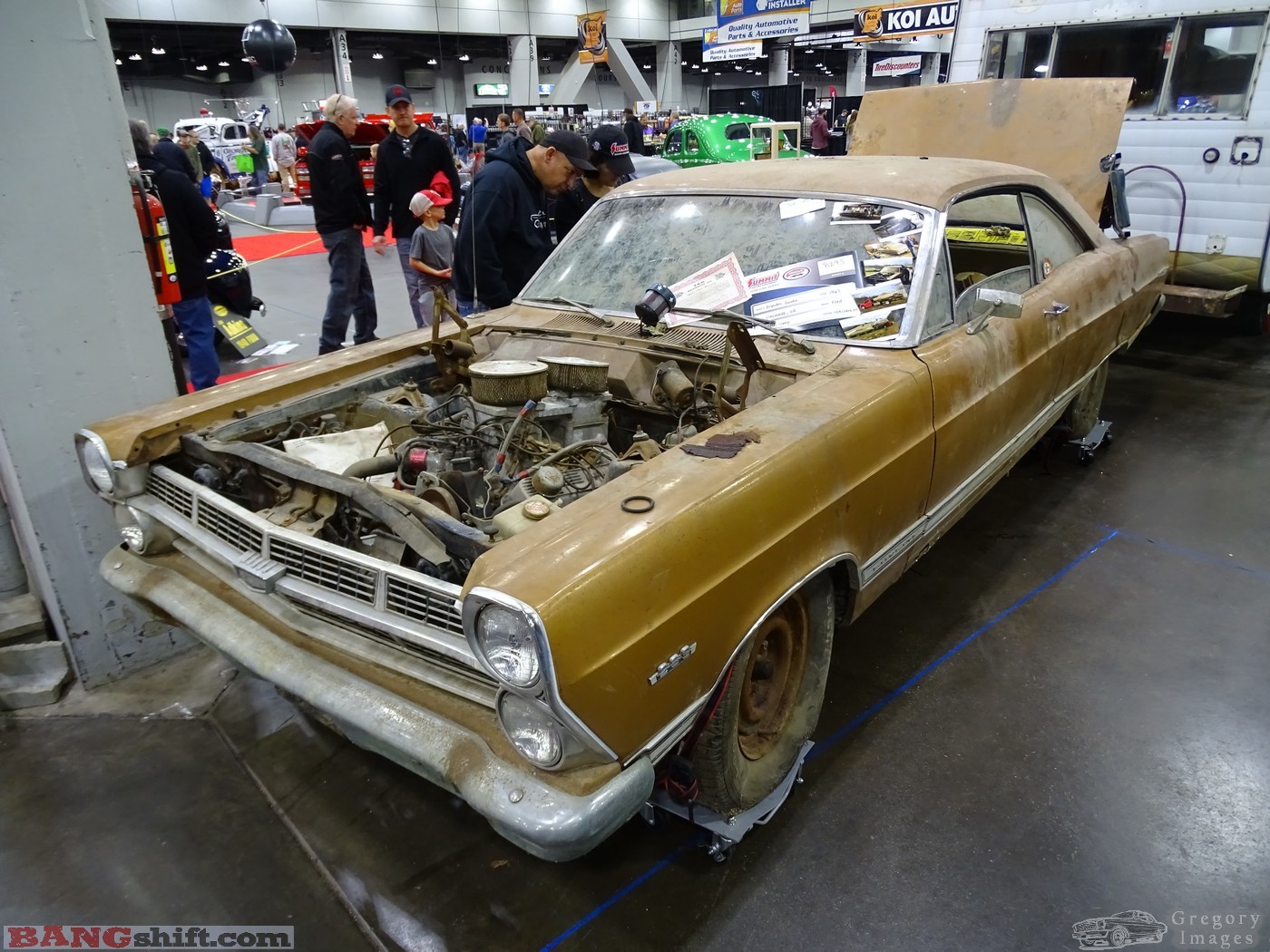 (Words and photos by Doug Gregory) – This stuff was mostly found in the section just to the right when you enter called ‘Survivor Alley’.  It’s a mixture of race cars, barn finds, survivors, and fresh builds with an old, traditional look.  This area and other similar rides that didn’t get in this section are my favorites of the show.  A few TROG cars were sporting their minimalist trimmings and lack of anything even remotely resembling modern hardware or safety equipment.  That restored, square-body wrecker showed scars from being used in service.  When I break down I want that (it is ‘when’ and not ‘if’).  John Howard, a well-known Ford Falcon enthusiast, snagged this Daryl Starbird custom for his collection and gave it some loving then drive it to/from the show.  He reports zero trouble on the ride, but some law enforcement gave him a good look.  That’s Mike Finnegan standing next to the Falcon.  More than likely Finnegan peered out the corner of his eye and thought ‘Wow, is that Dave Huber walking by?’.  It could happen.

A highlight for me was Ohio George’s boosted, shotgun-powered, Malco funny.  If only they could have started it…  The granny geese were there including the C2 that I had never seen in person.  I believe all of them once campaigned in Modified Production.  Owner Ray Nash might have side-stepped the clutch a bit when rolling out of the venue.  Hi-rpm, de-stroked small-block FTW.  That sounded so sweet.  I haven’t seen an F-series camper in forever and this one we’re told was due to be torn down the next day for a full restoration.  My hope is it’ll be used to tow a nostalgia drag car around.

Straight-axle cars pretty much dominated an entire row with early sprint cars and midgets taking up the next.  Like Offy…?  There were three crowded together on the end of a row.  One vehicle we’d captured for a few years was Ryan Pope’s RPU and it’s progression through the build to completion.  That ride was sold and Ryan purchased this C1 Vette that reportedly hadn’t been for sale.  This vette has meaning because Ryan’s dad built it over the course of several years then eventually sold it.  Those are real mags on it and the whole thing is a three-pedal trip back in time.  Plans are to drive it to Bonneville and the west coast this summer.  Too cool.

More stuff to show from the 60th Autorama so stay tuned.