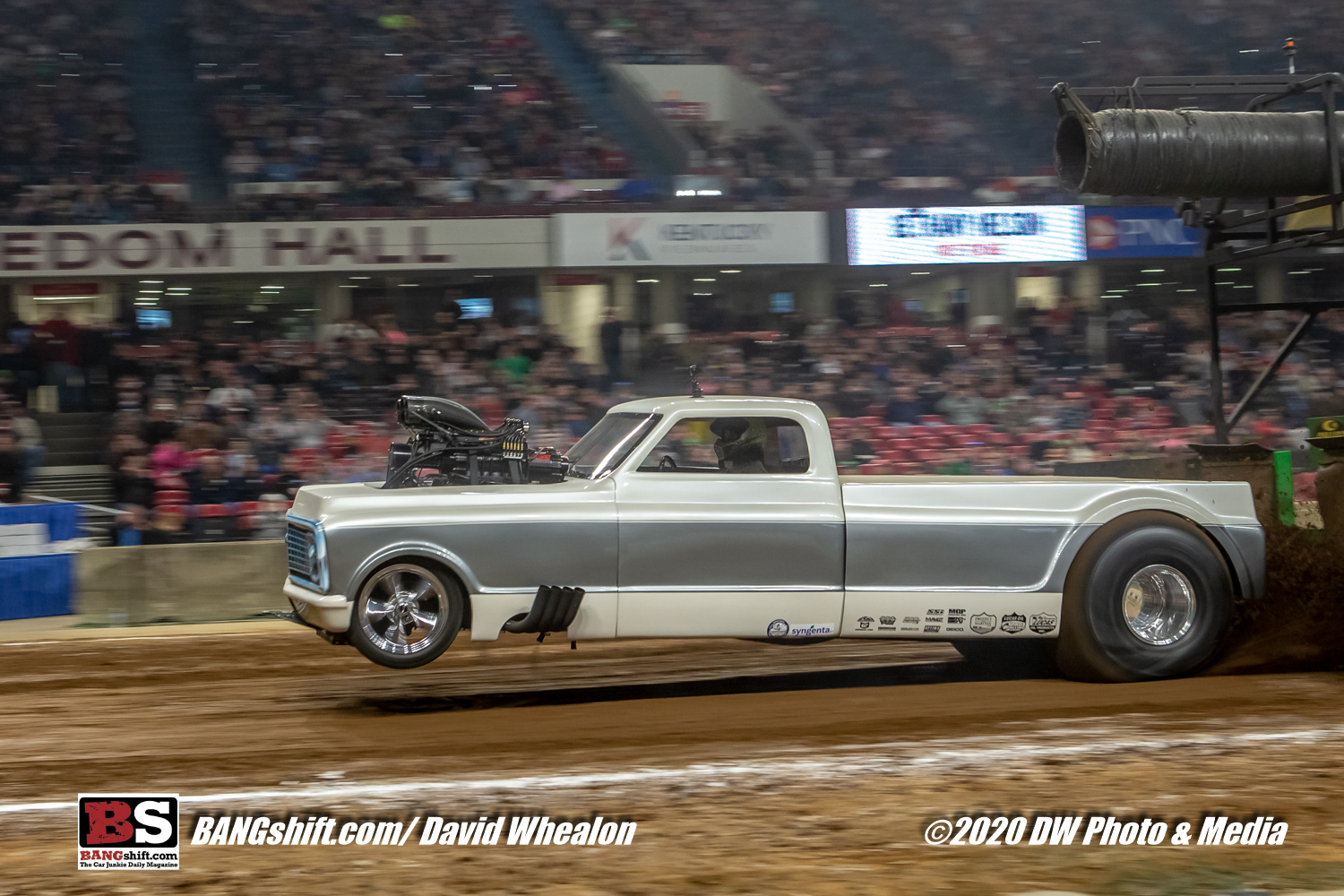 (Photos by David Whealon) – We’re back with more great David Whealon photos from the 2020 National Farm Machinery Show in Louisville, Kentucky. This time we have a majority of pulling photos with some show images mixed in. Hey, why not throw a combine or a big four wheel drive tractor in the mix along with the screaming horsepower of the various pullers that were trying to haul the weight further than everyone else in the joint.

There has always been some awesome creativity in the way that pullers, especially those in the 2-wheel drive truck portion of things, bodied their stuff. We think that in today’s day and age there is more diversity, interesting stuff, and downright awesome creations than ever before. Whether you like the T-bucket style bodies that have been around for years or the amazingly clean and slick classic Chevy body like is displayed above, there’s always something to look at and drool over at a pull.

You’ll see loads of great stuff here. Not just trucks but plenty, plenty, PLENTY of tractors to gaze upon unit your little heart’s content! Enjoy these images from the lens of David Whealon.

Hit the images below to expand them and then scroll on to see every one of them!