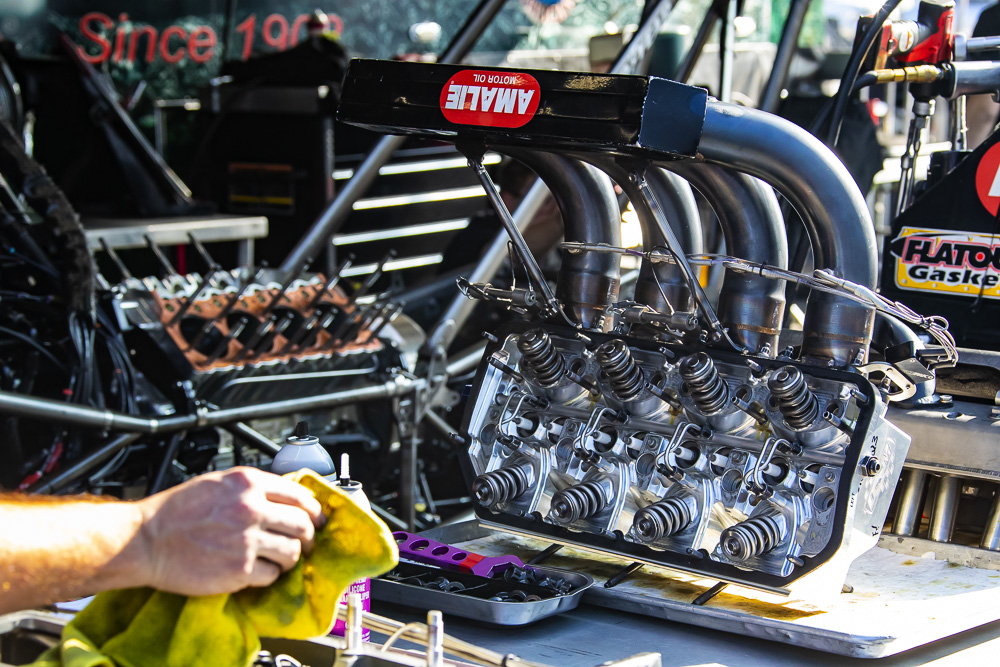 (Photos by Wes Allison) – The true magic of drag racing, for many fans, does not come on the track but rather in the pits where the service work and thrashing is done on the cars. Since the first day that drag racing existed as an organized sport, hanging out in the pits is both requirement and ritual at the digs. Sure, some people love to watch Super Gas and Competition Eliminator, but many more like to see 500ci aluminum hemi engines get ripped down, cleaned up, inspected, and re-assembled in less time than it takes for the average cup of coffee to be made at a fancy pants joint.

In these photos you’ll see men and women hard at work readying their machines for the next time they’re going on the track. While we talk about a lot of stuff surrounding the Winternationals, the fact that for some of these teams it is the first time they have all worked together in the heat of battle and the first time some of the people have ever done the jobs that they’ve been assigned, is big. The teams all mature as a working unit through the year but there’s only one first time and that’s what we got to see out of many groups at the Winters.

Turbo (Not So) Twins: These Late 1980s Odd-Ball GM Imports, The Chevy Sprint Turbo and Spectrum Turbo Are Weirdly Fun Watch Dan Horan Jr's High Speed Trip Into The Catch Net At The 2020 NHRA Winternationals - 262mph And No Parachute!