Watch Dan Horan Jr’s High Speed Trip Into The Catch Net At The 2020 NHRA Winternationals – 262mph And No Parachute! 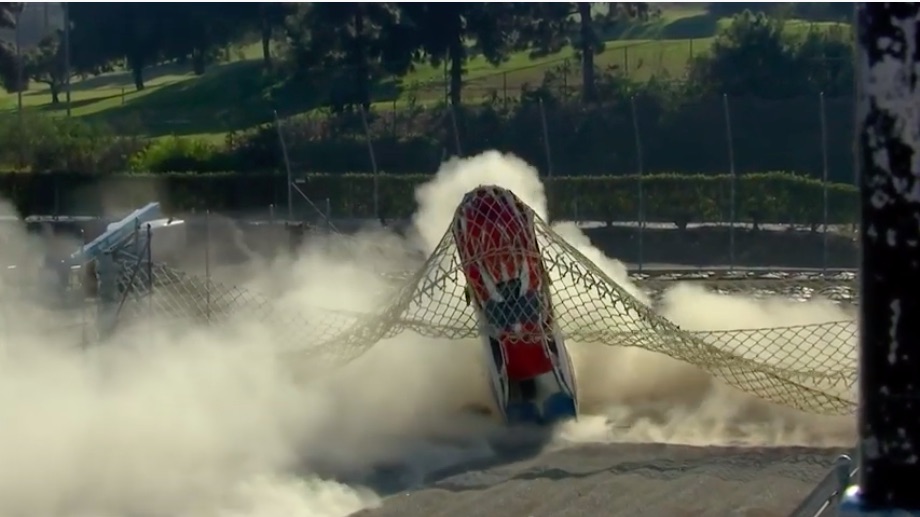 There are certain things that one just kind of intrinsically knows about drag racing. The cars are loud, the cars are fast, and Pomona is short. It has been short for a very long time and there’s no way to make it longer. This is a track that requires drivers be on their game, requires the parachutes and deceleration protocol to be followed properly, and doing that means you’ll be ok. There are 330 mph+ cars that get stopped on the regular so it isn’t impossible, but when things get weird, they tend to get industrial strength weird. That’s what happened to Dan Horan Jr during the exhibition nostalgia nitro funny car class.

On one of the first passes in that category Horan rocketed down the track with a 262 mph run, within spitting distance of the national speed record and then soon discovered that his parachute would not deploy. As you will see in the video he worked the brakes and eventually the parachute did bounce out but it was far too little, far too late. The car rocketed through the pea-gravel sand trap and went face first into the catch net. The net did its job, grabbing the car and holding onto it. The machine performed a very gentle, almost slow motion flip and ended up on its roof. The NHRA Safety Safari was on the scene and Horan was out under his own power. We saw him later inspecting the race car and he was in good physical condition.

The delay really hampered the exhibition categories as the NHRA on FOX live broadcast of that day’s qualifying was slated to begin about 40 minutes after Horan’s run. By the time the car was dragged out and the next was fixed up, that show was on the air and the professional categories were on the track.

We’re glad that Horan was OK and we hope to see the car out again soon.

3 thoughts on “Watch Dan Horan Jr’s High Speed Trip Into The Catch Net At The 2020 NHRA Winternationals – 262mph And No Parachute!”