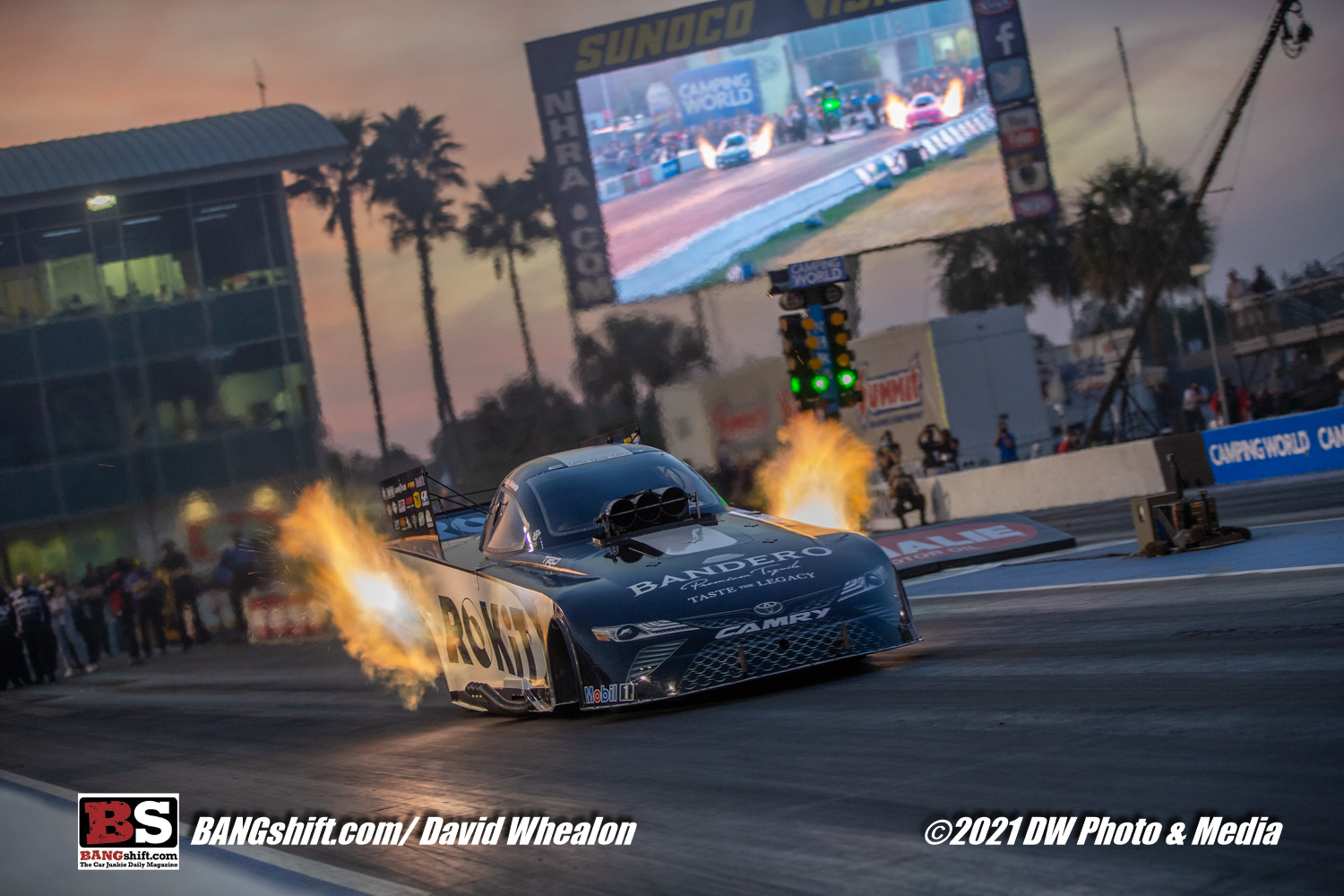 (Photos by David Whealon) – The 2021 Amalie Oil NHRA Gatornationals were last weekend and the event was a massive success for fans, racers, and those lovers of straight line action alike. For the first time ever, the NHRA started their season at Gainesville, taking the long approach and starting the season in March rather than in February in Pomona as has been the tradition for many decades. The result was a packed house all three days, packed stands, and racing that was phenomenal.

In a unique twist, racers were able to test on the Gainesville surface two days before the event to get the cobwebs knocked out and gain knowledge about the surface. This resulted in some really awesome side by side runs during eliminations even when the temperature came up.

These photos will concentrate on nitro funny car and top fuel. Both classes had a load of stories. In top fuel it was Krista Baldwin, Mike Bucher, and Josh Hart making their first race debuts. Hart captured the attention of the entire drag racing world by winning the race in the first raceday start he ever made in top fuel. A multi-time winner in the A/fuel ranks, he and crew-chief Ron Douglas had the right car for the job each and every round.

In funny car, JR Todd, who made two finals last year but did not win a race, took the whole field down on his way to victory. A flying start for the DHL Toyota Camry out of the Kalitta Motorsports camp. Speaking of Kalitta, the team nearly doubled up as Shawn Langdon was racing Josh Hart in the top fuel final. For the 16th time, two Kalitta cars were in the finals and came up short!

Is There Really A Shot America Gets A BMW M-Series Wagon? It Won't Be From A Lack Of Trying! Engine Build Update: The Hagerty Cadillac 365 Gets The Block Painted, Bearings and Crank Installed!

4 thoughts on “2021 NHRA Gatornationals Action Photo Awesomeness: Check Out These Images of Top Fuel and Funny Car Competitors At War!”