This 630hp Pontiac 428 Is A Rip Roaring Example Of Tin Indian Horsepower! 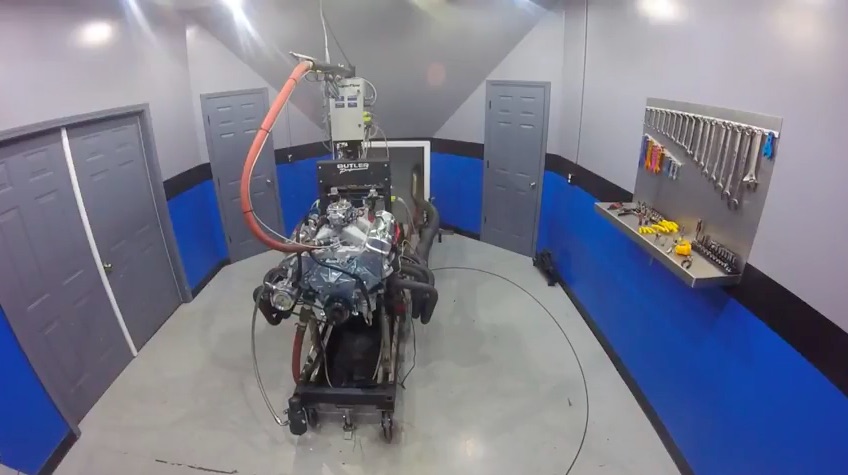 In the 1960s car companies had “big car engines”. Chrysler was jamming 413s in stuff, Chevy had their mid-horspower 396 engines moving most of their stuff along, and Pontiac had the 428. While the 428 was a rather short-lived power plant in terms of production, it was no slouch. Rated at 360 horsepower or more depending on the induction configuration, it was a torque making slugger designed to get the barge sized big cars down the roads and highways happily. It is kind of a forgotten hero. The 421 and the ram air versions of the 400 and 455 get all the credit these days which is fine but we still like to see people build these engines for all-out performance.

Anyone who knows Pontiac stuff knows the name Butler Performance. They crank out some of the hardest core Poncho engines built today and this 428 is the proof in the pudding regarding their abilities. With 630hp and more than 650 ft/lbs of torque this engine would be awesome in any car. Living in the BangShift dreamworld for a second we’d stick it in a Catalina 2+2 or a late 1960s Bonneville with a four speed and have the time of our lives.

We think it is great the ‘rodders will still spend the bucks to chase their brand specific passions on engines like this. Horsepower rules in all of its forms but when iron dinosaurs roar, our hearts are extra happy. Enjoy this.

The Leader Of The New World: Brian Wolfe's 1986 Ford Mustang GT The American Powertrain Parting Shift: Rippin' and Roarin' In A 1969 Nova With A Jerico 4-Speed!

One thought on “This 630hp Pontiac 428 Is A Rip Roaring Example Of Tin Indian Horsepower!”