These Guys Are Playing Our Favorite Game! Hang A 6V53 Detroit Diesel From A Chain And Rev The Crap Out Of It! 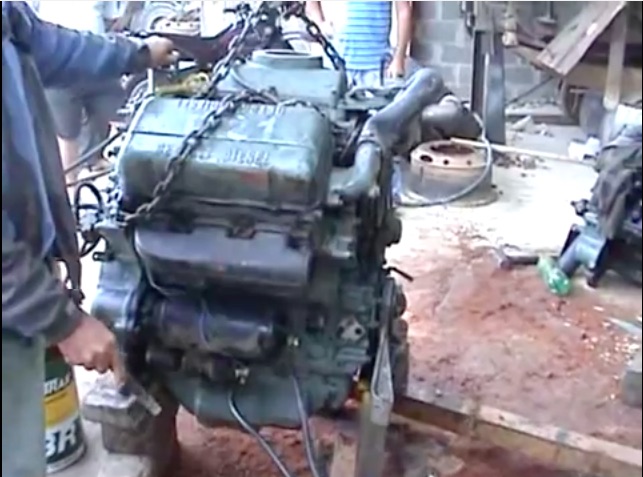 There are certain games that we just cannot get enough of. Checkers, tag, pin the tail on the donkey, rev the crap out of the 6V53 Detroit Diesel as it hangs from a chain, you know the classics! Wait, what? These guys in the video below have gotten hold of a healthy 6V53 Detroit and they take full advantage of its noise making and free revving potential by running it with open manifolds and running it hard, repeatedly winging the thing about as hard as it should be revved as it hangs from a chain in their shop.

We think everyone has seen the video of the guy free revving the small block on an engine stand with a certain amount of attitude. While that video is cool, this one is way better because of the fact that it weights about a three quarters of a ton as opposed to about 500lbs on a fat day.

It is kind of fun to see the engine doing its thing on the chain and we’re not going to lie, it sounds PISSED with the open manifolds spewing the noise out of them. The one thing that cracked us up was the fact that they have to keep jumping the starter with the battery to keep the mill alive as it doesn’t really like the idea of idling.

Don’t try this at home, kids!

Press play below to see this 6V53 Detroit Diesel Wound Up On A Chain!

Total Brutality: Ride Along Inside This Hairy 1969 427 Corvette As It Battles Other Muscle Greatness Crazy Video: A Morgan Gets Rear Ended Hardcore By A Peugeot Driver While Leaving A Car Show

One thought on “These Guys Are Playing Our Favorite Game! Hang A 6V53 Detroit Diesel From A Chain And Rev The Crap Out Of It!”