Engine Autopsy: This Detailed Disassembly And Analysis Of A Blown UP Twin Turbo LS Engine Is Awesome 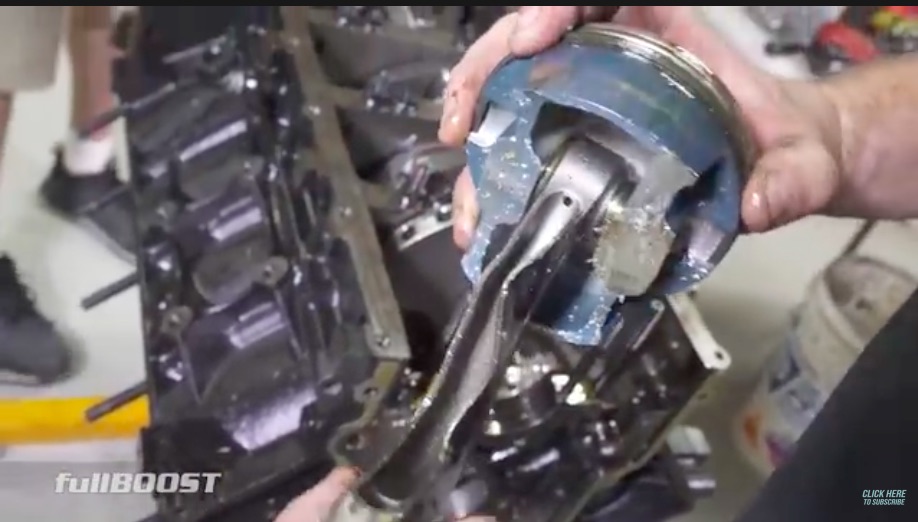 We have seen many engines broken and torn down here at Banghift but this video from Australia is pretty great. Why? Not only do we see the engine pulled down but we also see the data acquisition system doing its job after the fact. The engine in question lived in the front of one of the quickest and fastest street cars in Australia. A machine that was driving down the road and capable of running 7-second quarter mile elapsed times. But as we all know, in hot rodding when things come to a stop they sometimes do so in spectacular fashion. The way that this engine failed is fascinating. Not just because it busted the crank but how it broke and what happened afterward.

The line, “it could always be worse” may not have ever been used in a more true sense than it is in this video. The fact that this engine didn’t throw parts of itself through the block is astounding, especially when you see how it failed and what was happening after the moment of failure itself. That is where the MoTec data comes into play and we truly were interested in very second of this disassembly.

Like all racers after an extreme situation like this, car owner Quentin Feast is looking to make this engine better, faster, and more powerful in its next iteration. Neat stuff!