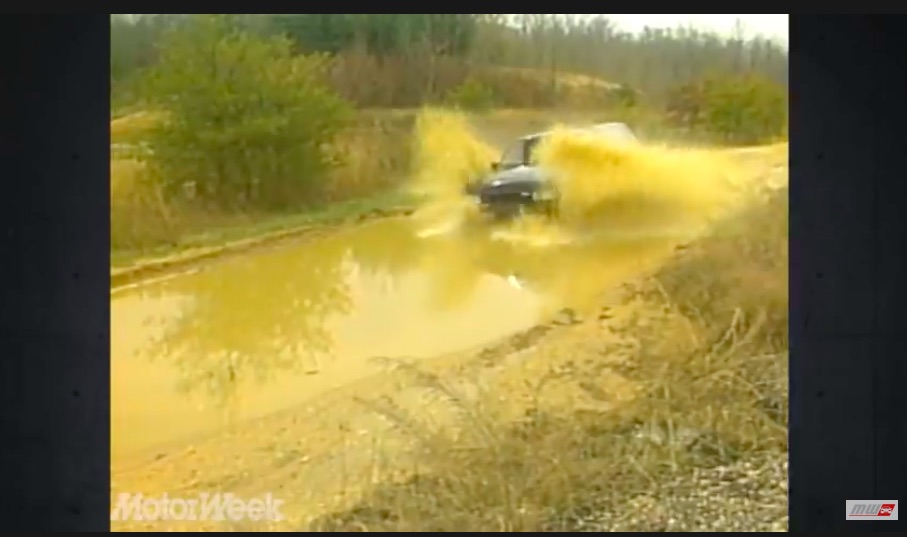 In an automotive universe completely dominated by the SUV, CUV, and LUV (lame utility vehicle) segment, it stands to reason that this whole ball got rolling somewhere, right? Well, that somewhere is the late 1980s and this MotorWeek SUV buyer’s guide video is just the ticket to show us the moment when the door got cracked open and the world decided that they needed to be driving some boxy 4×4 thing to feel like a bad ass. There are a few really awesome elements of this video. The first is the actual usage of SUVs off-road and the fact that in 1989 these things were still pretty capable and build like gas guzzling anvils that could take a licking and keep on ticking.

If you tried to take a Chevy Trax over the terrain you see any of these trucks traversing there would be warning lights and sadness from the cockpit. The Nissan Pathfinder blasting through the mud? Yeah try that with the modern glorified station wagon Pathfinder and you’d be in an expensive floaty as the thing stalled and died mid-pit. Finally, when they show the shot of the factory, check out the dude dressed like, well dressed like a guy who clearly didn’t have a problem with a few beers during lunch break.

If we had a time machine we might try to put a stop to this but we don’t, so it is just interested to see where it all began.

Engine Autopsy: This Detailed Disassembly And Analysis Of A Blown UP Twin Turbo LS Engine Is Awesome Meziere Enterprises Bottle Clamps For Variety Of Racing Applications