Angry Toddler: This Fiat 126 Is Packing A Small-Block Chevy Somewhere In That Body! 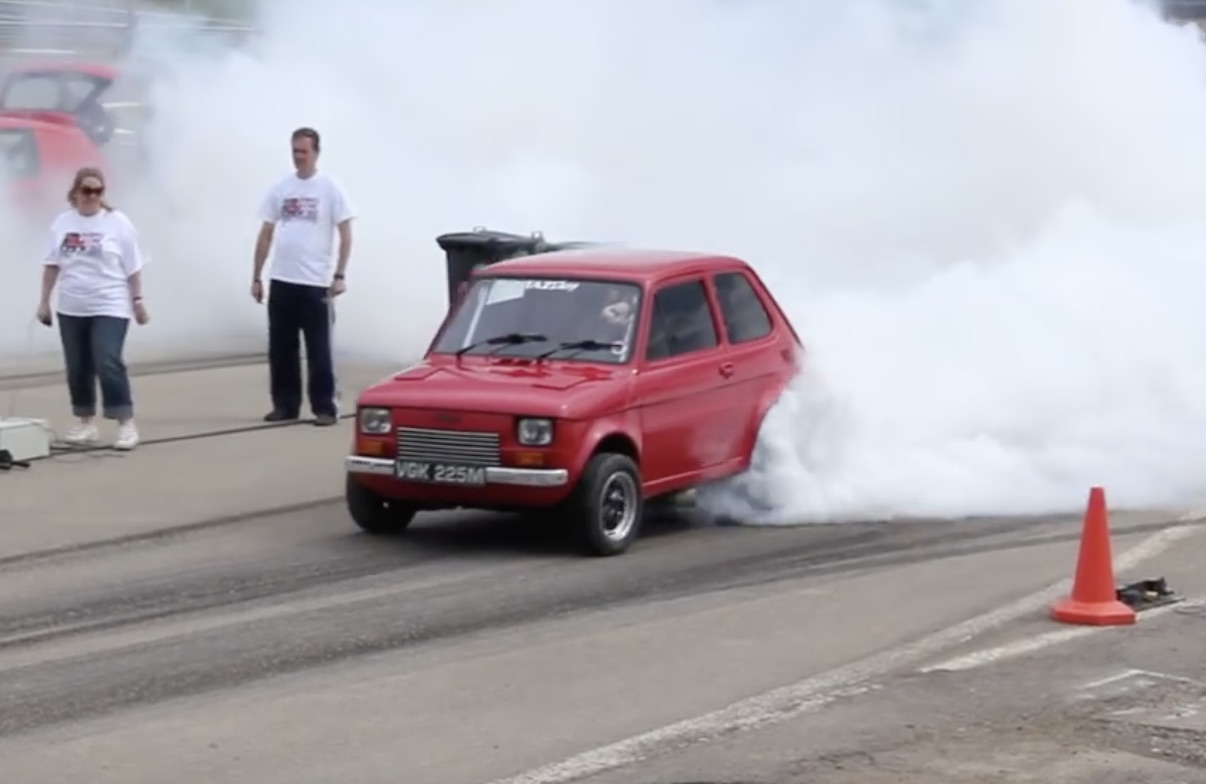 “That’s not a car, it’s just a container to protect the engine from the weather.” First comment on this video…and they are not wrong in the slightest. If you don’t know what you are looking at, it is a Fiat 126, a city car that used an inline two-cylinder engine that at the most, was 704cc in displacement to get around. Yikes. Fiat sold millions upon millions of the “Maluch” (“toddler” in Polish) throughout the world, so it was popular enough, and it was rear-drive so there’s that. We’ve seen these little tykes fitted with street bike engines and they’ll haul sincere ass…a Hayabusa mill will literally make one of these fly like there’s no tomorrow. So, why not do what everyone else does, and jam in a Chevrolet V8?

We have exactly no information on the car other than V8 power. It could be the 267-cube V8 from the most gutted 1978 Chevy Malibu you could find and in this little gumdrop, it’d be something to behold. If anything, the lower power output would keep the Fiat from back-flipping if the tires caught enough traction. We would love to know how many millimeters long the driveshaft is, because there can’t be much room between the transmission and the axle. There’s no way.

There’s always the power-to-weight ratio argument, which is sound, but when you have to shift your right buttcheek to shift the transmission, that’s too tiny!

Copart Cadavers: This 1969 Ford Mustang Mach 1 Was No Match For Iowa Floodwaters A Fox With Hips: This SCCA-Ready 1991 Ford Mustang Is Race Ready!

6 thoughts on “Angry Toddler: This Fiat 126 Is Packing A Small-Block Chevy Somewhere In That Body!”