BangShift Question Of The Day: How Radical Can You Live With For A Daily? 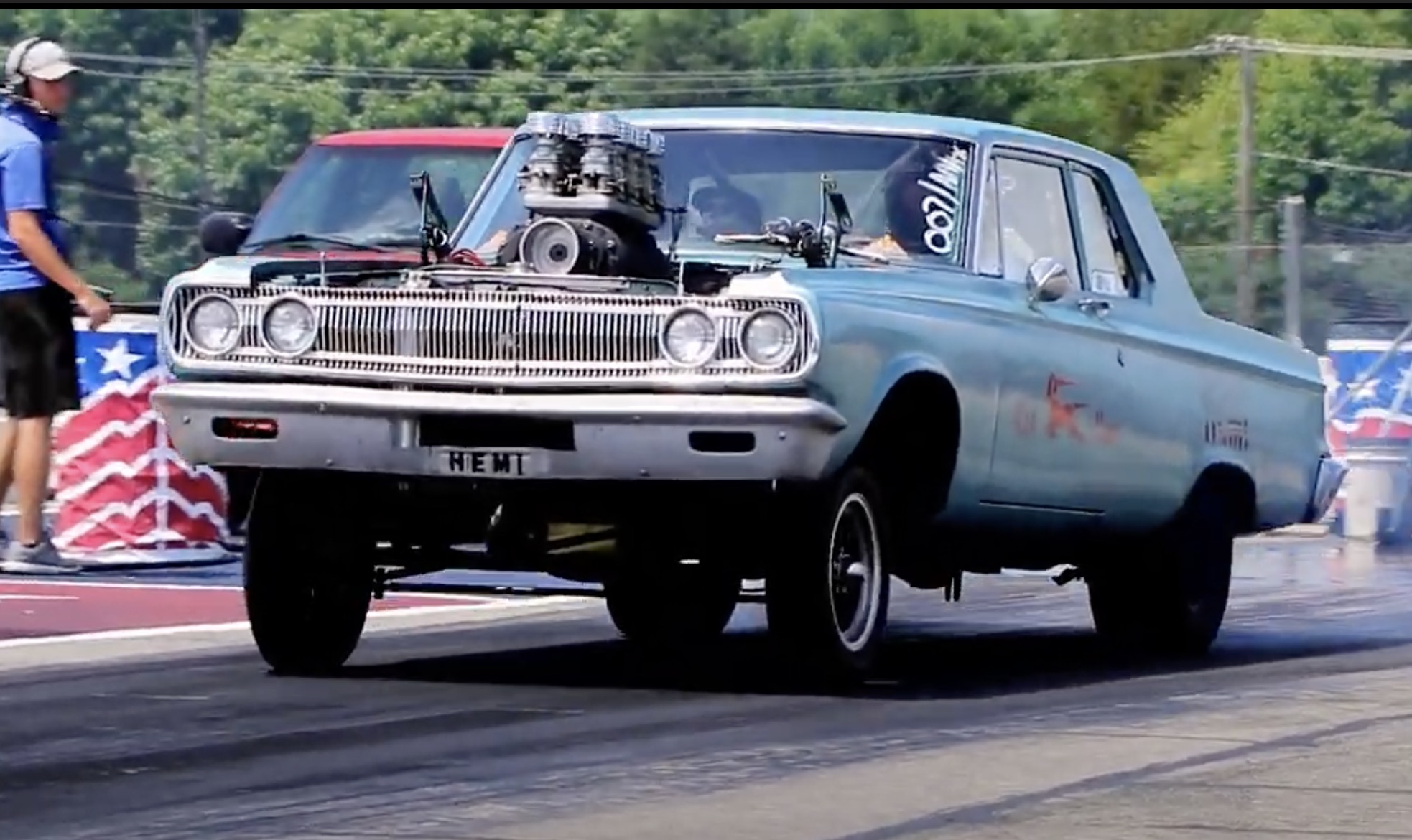 The moment it appeared in the parking lot at the hangar, my 1987 Dodge Diplomat became a focal point of a barrage of questions. At the time, it wasn’t painted midnight blue and it wasn’t wearing cheap but clean mag wheels…it was that light blue color that a lot of the detective’s cars wore, but because the Texas sun had done it’s duty, it looked like horrible primer silver. The black steel wheels did no favors, either, especially in a parking lot full of vehicles that were less than ten years old. It was loud, it was raunchy, and it looked like I had blown serious money on a failure. Four-speed? No air-conditioning? I must be insane.

The Chevelle was the same thing. Low, loud, and visually aggressive, the looks on my superior’s faces when I had to pop all six hood pins off and lift the hood onto the roof during a vehicle inspection was something to behold. The soundtrack was “Car Alarm Blues”…I’d clear out the pipes, I’d set off fifteen car alarms, and I’d have the blues knowing that my First Sergeant wanted to have a word with me in his office. Nobody understood how I was driving such a bombastic, brutal machine every day, in all sorts of weather.

Honestly, I prefer to wheel around in something older, something that provides more for the senses than the grip of the steering wheel and the heat of the element warming up underneath my butt because I turned on the seat heater when I was putting my phone down into the console divot. But just how radical can one get with a daily driver? And an even better question: how far are you driving it? If you live maybe ten miles from work, sure, you can go fire off that 429-powered Mustang II and freak out traffic twice a day, no sweat. If you’re making the commute from Tacoma to Everett every day to make planes for Boeing, on the other hand, Drag Week is nothing…you have to survive Interstate 5 traffic. The same jokes that work in L.A. work in Seattle, just be sure to add an expensive coffee to the equation.

So…how radical are you willing to get with a daily driver, cost no consequence?

Scrapple, Your Guide To The "meh"-Worthy News! This Week: Hey, Ice Cream Truck! In Car Video: Ride In The Coolest Car To Compete At The Bathurst 12 Hours, A 700hp LS3 Powered Daytona Coupe! Eats Ferrari Alive

6 thoughts on “BangShift Question Of The Day: How Radical Can You Live With For A Daily?”