BangShift Question Of The Day: Who’s Going To Invent A Quick Way To Dry A Drag Strip? How? 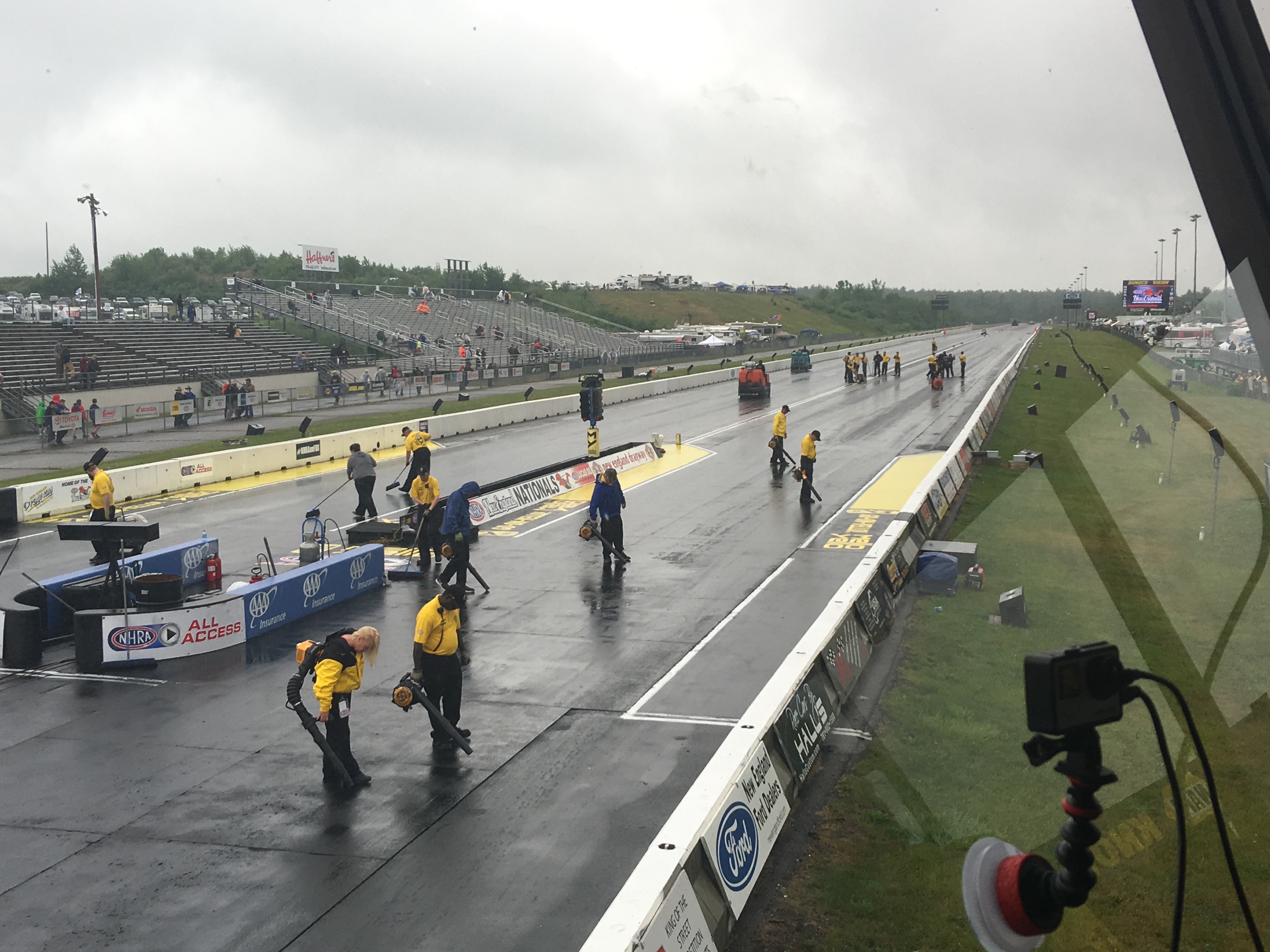 So as I was sitting there, lamenting our luck that the rain was falling at New England Dragway on Sunday at the NHRA New England Nationals, my mind wandered to the one place it always does in these situations. That’s of course to the topic at hand. Why has no one invented a better mouse trap when it comes to drying a drag strip? The NASCAR guys have their Air Titan and it works boss for them. Most people do not know but NHRA actually tested the Air Titan during some rain we had earlier this year. It is really not that great for a drag strip because there is no where for the water to be blown like it can be down a banked stock car track. It was a valiant try.

Right now the two options are physical removal with stuff like squeegees and wind or evaporation via the insanely expensive option of running a jet dryer. Yes, the dryers work but they rack up fuel bills that would make any track operator cry in his beer for every hour that they run.

There have been all kinds of schemes dreamed up from taping style systems, a covered drag strip, and even force fields of some sort have been bandied about by the more sci-fi minded among the drag racing populous. There’s gotta be a better way than what we’re doing now, right? What is it? How could it be implemented? This could truly change the sport forever.

BangShift Question Of The Day: Who’s Going To Invent A Quick Way To Dry A Drag Strip? How? 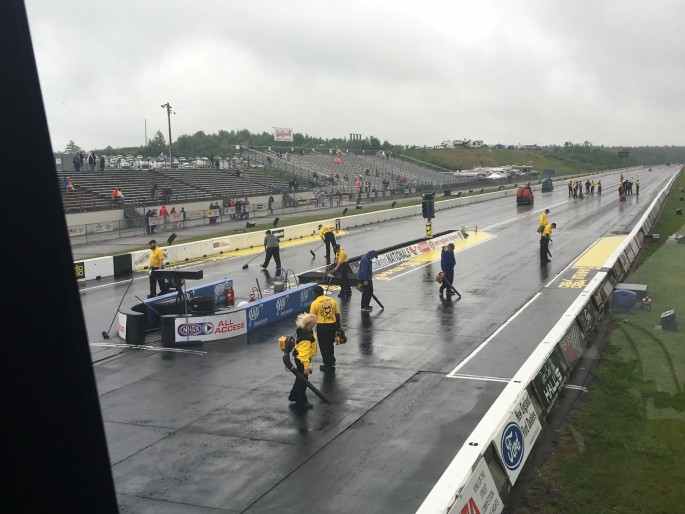 Pomona Swap Meet And Car Show Photos: Here Is The First Round Of Photos From Sunday Wrecked Bucket: This Salvage Auction T-Bucket May Be Worth It For The Motor Alone!

32 thoughts on “BangShift Question Of The Day: Who’s Going To Invent A Quick Way To Dry A Drag Strip? How?”