Are You Ready For John Force And NHRA Camping World Drag Racing In 2021? Watch Lohnes Interview John To See What He Thinks. 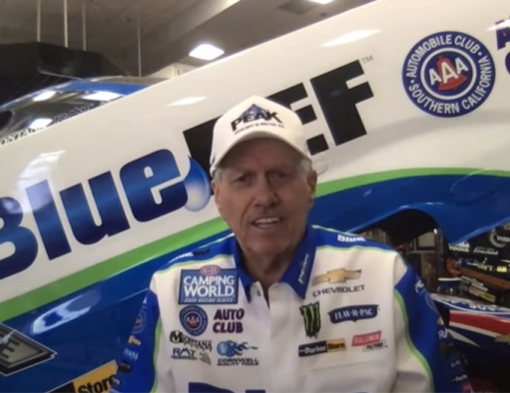 John Force blew everyone away in 2020 when he announced that his entire John Force Racing team would take the remainder of the year off, after NHRA started having trouble holding events due to COVID. The move had tons of people talking, with fans being supportive, competitors making claims of Force hanging it up, and with everyone else making predictions on what this would mean for the future of John Force Racing, and John himself. Just a few days ago the team announced that they would be back for the entire 2021 NHRA Camping World Drag Racing season, and it shut up a bunch of people. The announcement was made that John, Robert Hight, and Brittany Force will be driving cars for the 2021 season. For those of you hoping to see daughter Courtney back behind the wheel, that isn’t going to happen yet.

With two funny cars and one top fuel dragster, John Force racing will be busy, and it will be interesting to see how they perform. Fans of Courtney will have to wait to see if she returns in a year or two, as her and husband Graham Rahal had their first child in November of 2020. Will she come back to racing at some point? Maybe, but maybe not. Who knows. Perhaps when John hangs up his helmet she’ll come back to hold the reigns with Brittany. We shall see.

In the meantime, if you want to hear what is going on with John Force Racing in 2021, here it is from the man himself.

One thought on “Are You Ready For John Force And NHRA Camping World Drag Racing In 2021? Watch Lohnes Interview John To See What He Thinks.”