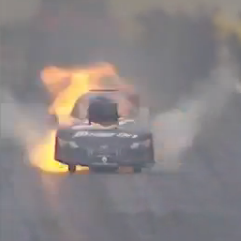 (Images from ESPN3 live stream) – It was an exciting and expensive weekend for both Cruz and Tony Pedregon as the brothers experienced some hairy mechanical failures during the freshly completed 2014 NHRA Winternationals. Tony’s car had an old fashioned kick the rods out, oil on the headers, barn burner which thankfully didn’t result in a completely destroyed car but it did hamper the team enough that they didn’t qualify. On Cruz’s side, he managed to qualify and then suffered a violent blower pop hat blew a massive hole in the nearly half in thick polycarbonate windshield in his funny car. We have video of that one. We’ll start with Tony’s rough Saturday evening first though these screen captures from the ESPN3 broadcast of qualifying I happened to be watching.

Just like the funny car fires of the 1990s which have become far more rare today, this one was ugly. The car started eating itself up at about 800′ and by the time he got to 900′ it was pretty much looking like you see it below. The NHRA Safeti Safari was on the scene as he rolled to a stop and while the damage was bad, it wasn’t bad enough to prevent him from making his other qualifying hits on Saturday. Either way, this sure looks expensive – 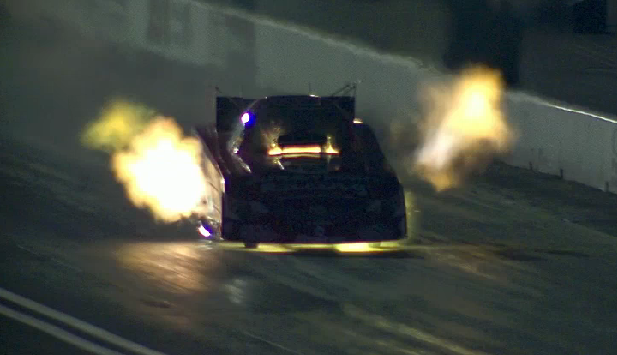 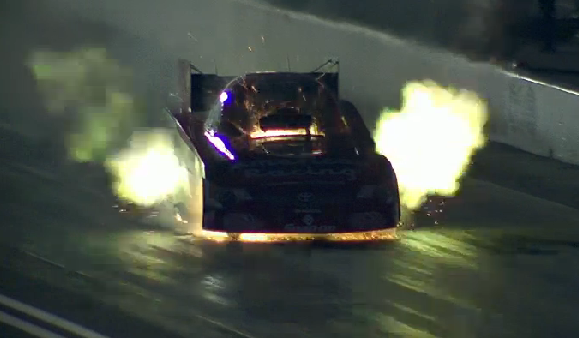 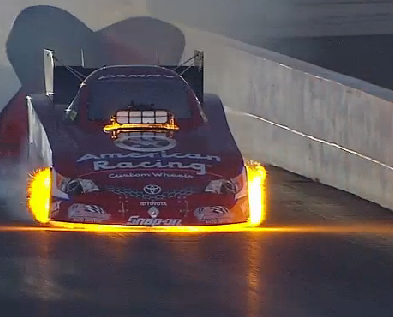 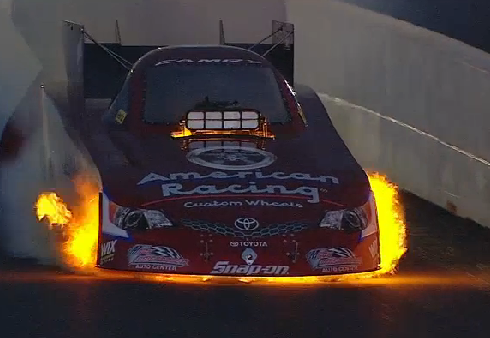 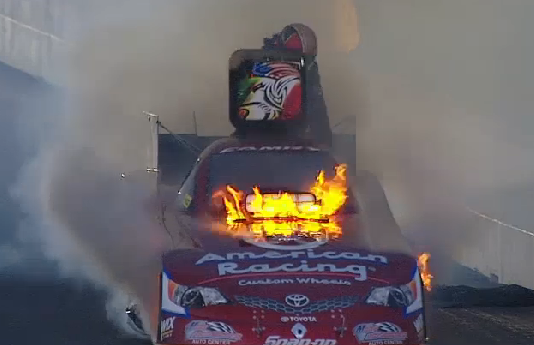 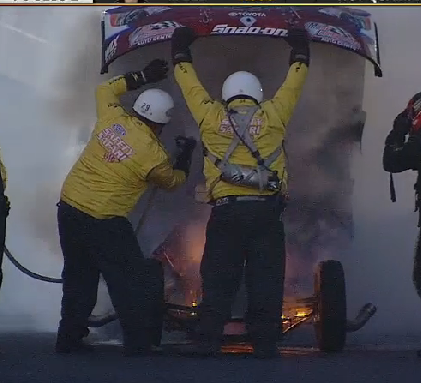 CRUZ had the most violent ending to a race weekend he’s had in some time when the engine appeared to suck a valve and then explode with enough force to blow a huge hole in theextremely thick windshield that these funny cars run. Unlike the Ron Capps explosion which blew the body into pieces, this one didn’t shred the $50,000 carbon fiber but it dinged the piece up pretty bad and completely wasted the engine. We’re talking 10s of thousands of dollars in damage that happened in the blink of an eye. Understanding that Pedregon is a one man operation, this stings harder than it would for a large multi car operation. There’s work to be done and a race coming right up in Phoenix…time to hustle boys! Put those Snap-On Tools to work!

Scroll down to more photos and video – 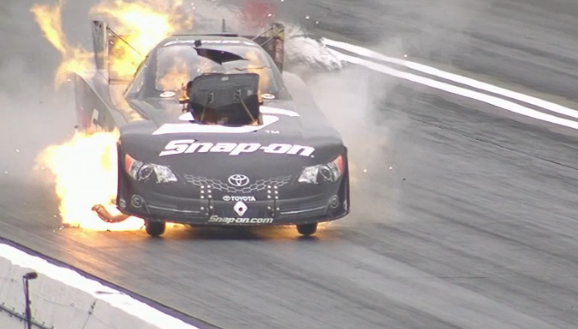 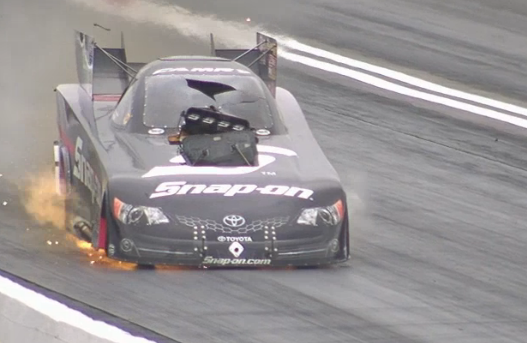 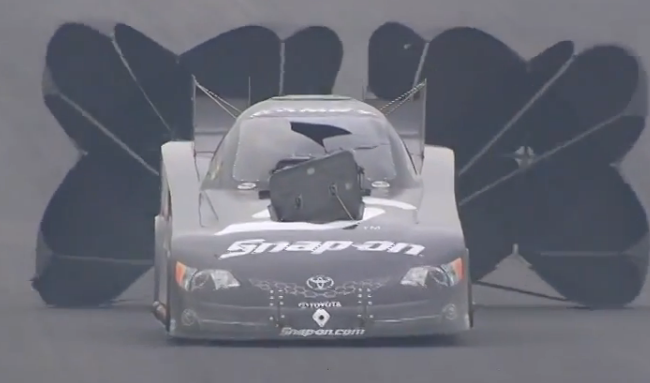 BangShift Question Of The Day: If You Had To Build A Hot Rod SUV, What Would You Build? Rocket Revival: 2014 Looks Like The Year Hydrogen Peroxide Rockets Will Return To US Strips In Force