Will Procharged Pro Mods Make Roots And Nitrous Combos Go The Way Of The Dinosaurs? Tim McAmis Thinks They Might. Watch This. 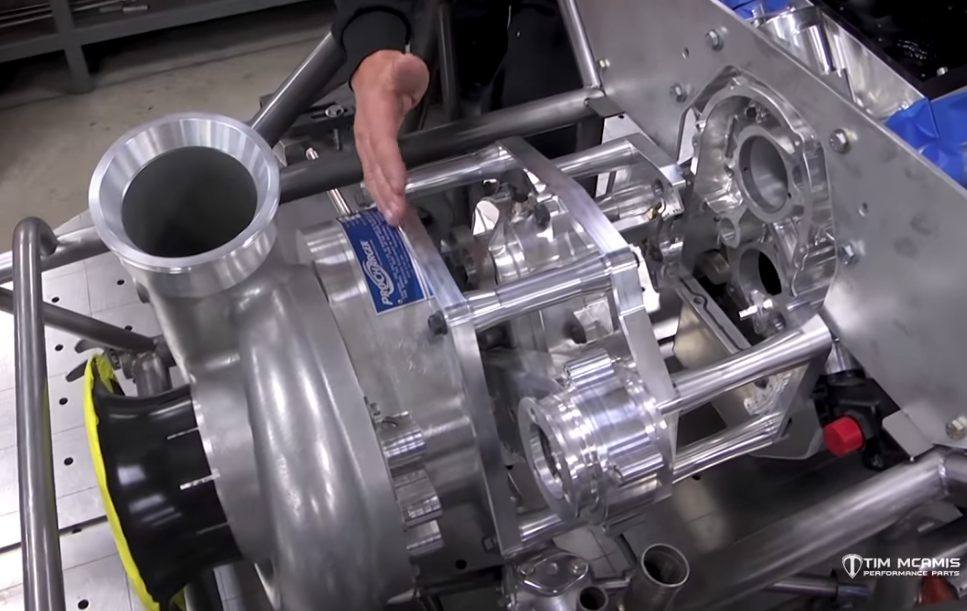 When Procharged Pro Mod combinations were first approved in the Mid West Pro Mod series, everyone was wide eyed and paying attention as the first race featured a Proline Procharged combination that hauled ass and won its first time out. When NHRA approved them for the 2020 season soon after, everyone started talking. There are those that think this combo is great, others who hate it, and many that are scared of it. We’ve talked to lots of racers about it, but one of the more interesting conversations was with Eric Dillard, owner of Proline, who told us just how much less maintenance was required on the car compared to a turbo combo. After listening to Dillards insights, we then talked to Mark Micke from M&M race transmissions and he told us that the transmissions are under significantly less stress with a Procharged combination because they don’t sit and build boost and heat on the starting line like the turbo combo. After talking to both of them we came to understand that transmissions, connecting rods, and valve train components all saw less wear and tear with the Procharged combination. It was interesting to hear, and because we saw them haul ass first hand we wondered just how many of these new combos would be on track at the beginning of 2020.

The answer is several, with lots more coming.

Tim McAmis has some thoughts on the subject, as usual, and we love hearing what he has to say. We are especially interested when he starts off by saying that the Procharged combo is so good that he thinks it will send Nitrous and Roots blown combos into extinction.

Here's Every Round Of Pro275 Eliminations From Lights Out 11 At South Georgia Motorsports Park! Mini Truck On Mags: 1973 Chevrolet LUV With Small-Block Swap

3 thoughts on “Will Procharged Pro Mods Make Roots And Nitrous Combos Go The Way Of The Dinosaurs? Tim McAmis Thinks They Might. Watch This.”