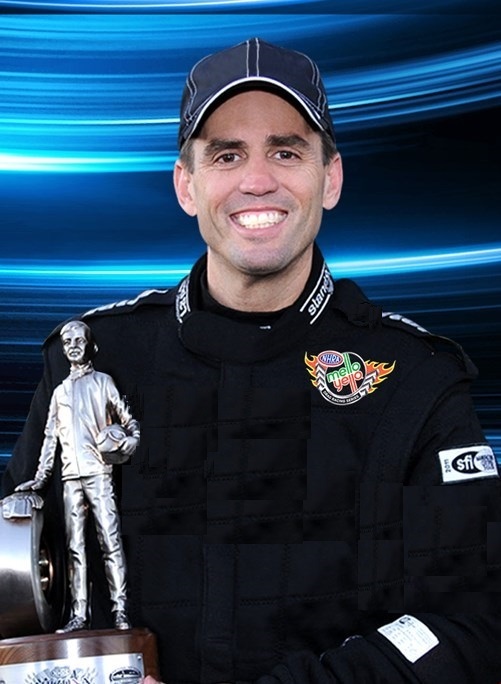 There have been questions swirling around Bob Vandergriff Racing since JR Todd took the driving position at Kalitta Motorsports. We had heard through various channels that Vandergriff had received more than a few applications for the seat in the Casedhole Solutions and Total Equipment And Service dragster after word got out of Todd’s departure. The list of candidates we heard about ranged from unheard of rookies to multi-time champions. Well, it was a multi-time champion that got the job as the team has named Larry Dixon its official driver for the remainder of the 2014 campaign.

The car Dixon will be driving will compete at nine more races during 2014 and the next time it will appear is at the Houston race. We spent time with Dixon at the Gatornationals in Florida where he was at the track working on potential sponsors and opportunities long before anyone knew there would be an open seat at BVR. Dixon expressed his sincere desire to be back in the seat and making hits at the tree again. Thanks to Bob Vandergriff Racing, he now has that chance.

Read the full release below!

Three-time NHRA Champion Top Fuel driver Larry Dixon has been selected to drive a second dragster for Bob Vandergriff Racing at the remaining 9 races, in a planned 10 race schedule in 2014. Casedhole Solutions and Total Equipment And Service (T.E.A.S.) will sponsor the car for those nine races this season.

“I’m excited to have Larry on board. He is a great driver and a family man who will fit in with our program perfectly,” said Bob Vandergriff Jr. “Anytime you can add a three-time champion to your program, it enhances the value proposition we are trying to build at BVR.”

Dixon is a second generation drag racer. After getting his Top Fuel license in 1994, he went on to win 62 races, capture 3 NHRA Championships and has competed in 108 final rounds.  He has previously driven for Don Prudhomme, Al-Anabi Racing and Rapisarda Autosport International.

“To say I’m thrilled to have BVR give me a shot to drive their second car would be an understatement. I appreciate the opportunity that BVR, Casedhole Solutions and Total Equipment And Service has shown me,” said Dixon. “It is a quality car with a talented group crewing on it. I’ll do everything I can on and off the track to help make this effort successful. Hopefully an all BVR final is right around the corner.”

The 2014 NHRA Spring Nationals in Houston will be the first race with Dixon in the driver’s seat. Bob Vandergriff is the defending Top Fuel Champion and it’s also the home race for C&J Energy Services.

Casedhole Solutions and Total Equipment And Service are subsidiaries of C&J Energy Services, who have been a long time sponsor of BVR. C&J Energy Services is an independent provider of premium hydraulic fracturing, coiled tubing, wireline and other complementary services with a focus on complex, technically demanding well completions. Our services are provided in conjunction with both conventional and unconventional well completions, as well as workover and stimulation operations for existing wells. Casedhole Solutions provides a broad range of services that cover the full life of the well, from drilling and completion to production, and finally to plug and abandonment. Total Equipment And Service is a top-tier manufacturer of hydraulic fracturing, coiled tubing, pressure pumping and other equipment used in the energy services industry.