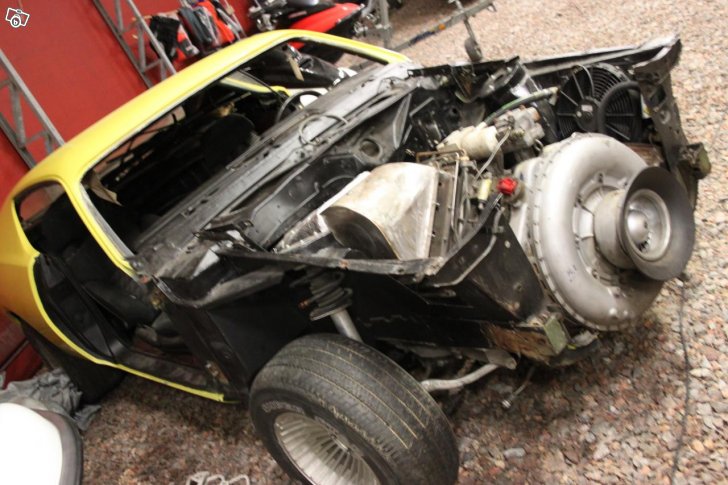 Of all the engine swaps and stories about guys putting LS engines in everything that you’ll read over the remainder of your life, we’re pretty sure that this is the only freaking story you will ever see centered around a 1972 Charger which is powered by a Caterpillar gas turbine that was scavenged from an old Swedish battle tank. Apparently this car has been in some form of assembly for more than half a decade as we have found evidence of it being in about its current state since 2007. It doesn’t mean we don’t want it but it does mean that the swap is surely a tough deal to get completed.

As we said, the engine was sourced from what is known as a Swedish S-tank for short. This was a battle tank that was produced in relatively small volume (only 290 were constructed) and it was the first big tank to use a gas turbine for motivation. The engine (like all turbines) is light and it actually makes some pretty good power with 450 peak and about 350-400 in “normal” usage and not pinned wide open. The engine kind of reminds us of what the gas turbines Chrysler was using in their famed 1960s turbine cars in looks. It appears that the automatic transmission that was used on the tank is also used in this application so we’re guessing that would be tough enough to handle the flyweight (in comparison to a tank) Charger around.

Through the magic of Google Translator we have the full text of the ad right here.

Here’s the text of the ad and below are more photos of the car :

The car is ” newly painted ” yellow screens , hood , grill etc are available .
There is no rust and rust is not cooked in many places either.

Build clear or tear out of the ” jet engine” and put in a v8 again .
Reggad with ” replacement engine” in the papers so you can basically put in what machine you want.

Currently sits a gas turbine / jet engine from the S -tank in the car, assembled with automatic transmission .
It is a Caterpillar 553, then the newer , better and stronger alternative in tank S (Boeing was the older and poorer version ) .

“Avgassytemet” is complete , and the engine is in place but electricity and fuel is not clear.

Very low weight of the engine. 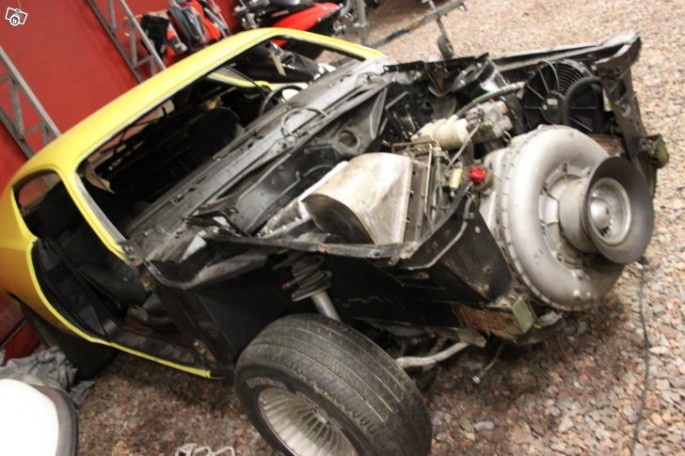 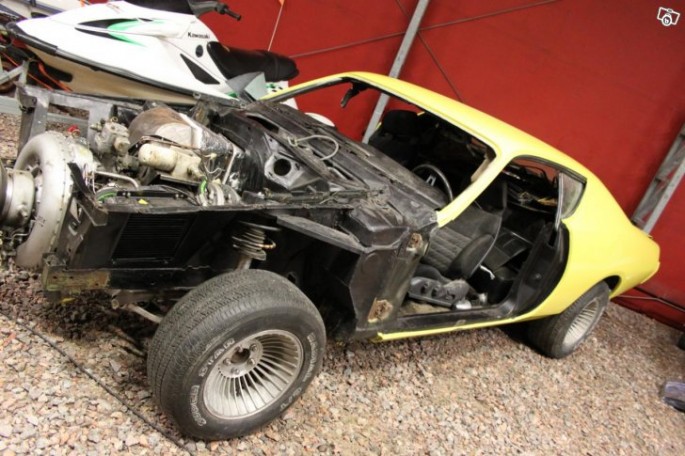 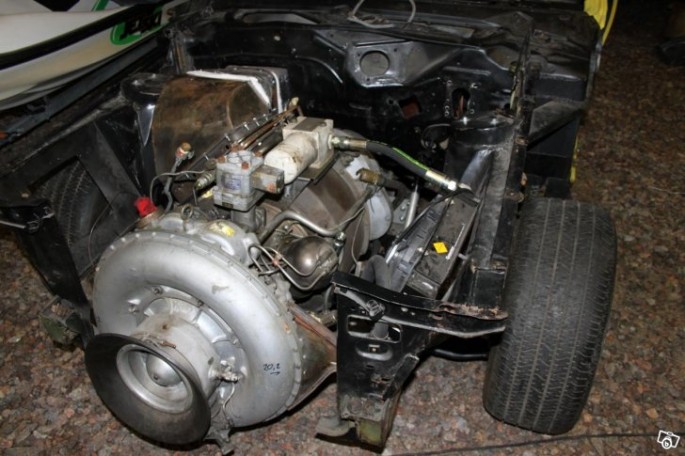 Watch Tom Armitage Rip Off Wild 10-Second Passes In A Miniscule Motorcycle Engine Powered Slingshot Brock Yates' One Lap Of America Is In Full Swing, And Rolling Into DEI Tomorrow! Come Join Them!