This 1975 Bricklin SV-1 pro street machine is probably the best use of a terrible car turned into something we’d break laws to own we have ever seen. The Bricklin SV-1 was a horrid financial disaster that did a great job of sucking 10s of millions of dollars out of the Canadian economy while producing just a couple thousand cars. The styling was compelling enough but the cars were heavy and vastly underpowered with AMC 360 engines and then Ford 351s being the engines used. The SV-1 moniker meant Safety Vehicle-1 because the car had features like 5-mph bumpers, an integrated “roll cage” and side impact crash beams and the intended purposes of the car was to be a safe and fast sports car. They ended up with a safe car that no one wanted to buy and those that did sell went out the door for a massive loss. Some reports say that the company lost the value of two cars for every one that they sold. The company was mis-managed and by 1976 it was gone, leaving the people of New Brunswick holding the bag and a big financial loss. There were a total of about 2300 of the cars sold and no one really knows how many exist today but probably not more than 1,000 as the composite bodies tended to fall apart very early in their lives so long term life expectancy is kind of a stretch.

This car is one of the few Bricklins left in the world and it is certainly the best one by a factor of 1,000, maybe 10,000. The car is painted a factory Bricklin color known as “Safety Orange” (all Bricklin colors were high impact “safety colors”). It is powered by a supercharged 496ci big block Chevy that has been dyno tested and rated at 835hp to the wheels, so it hauls serious, Big Gulp-sized buckets of ass. The 1975 Bricklin rides on a custom frame of rectangle steel tubing that has been further enhanced with a roll cage structure in the front and rear. The engine is fired by an MSD Ignition and a TCI Turbo 400 with 3,000 stall converter sends the power to a 3.73 geared Dana 60. The front suspension is Mustang II style stuff with coil over shocks, tubular a-arms, along with rack and pinion steering. The rear end is hung via-a four link style rear suspension and the wheels are Billet Specialties units on all four corners. The big rollers in the back are 29×18.5×15 Hoosier Quick Time Pros.

The paint and body on this car are flawless and that’s what makes it for us. That safety orange color is beautiful in the photos you will see below and for some bizarre reason, the car looks cosmically right with the supercharger and huge rear tires. We’re even able to look past the gawking “fat lip” 5-mph bumpers that were clumsily integrated into the body in the design of the original car because everything else is just so, so good. The interior was kept basically stock looking with upgraded gauges and nice custom seats to dress things up and make it comfy. Other than those small tweaks to the inside, the car is pretty much stock looking (aside from the blower and the big tires, of course).

Are we nuts or is this one of the coolest things you have ever laid eyes on, too? The seller is asking $40,000 for the car which is a pile of dough but to be honest we’re not sure you could built one this nice for that kind of money, especially with a custom frame and all the foundation work that went in to make this car what it is. Ok, so here are the litmus test questions. Is it cool? And, if you had $40,000 to spend, would you drop it on this car? 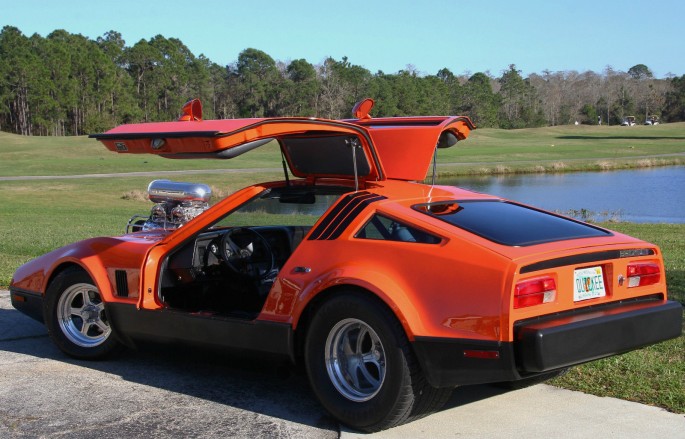 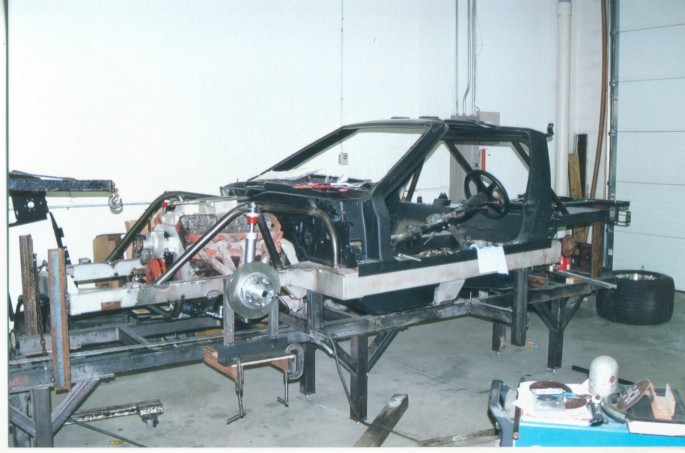 eBay find: This Pro Street Bricklin SV-1 Is the Coolest Thing We Have Seen In a Long, Long Time

12 thoughts on “eBay Find: This Pro Street Bricklin SV-1 Is Proof That Pro Street Fixes Everything”