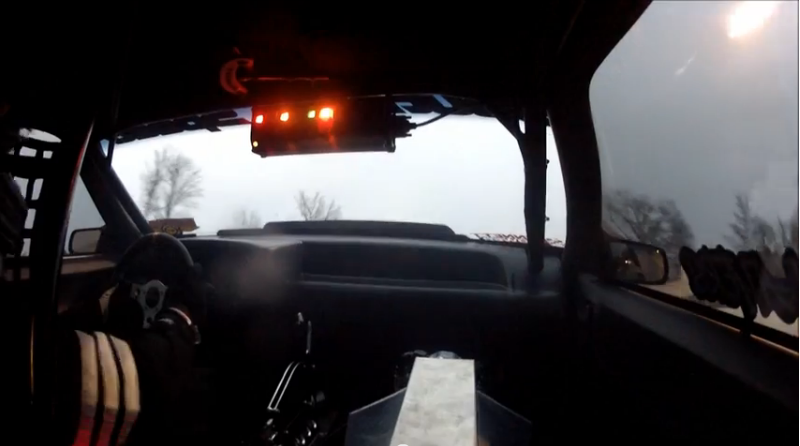 This video from Shawn Ayers is totally awesome as it is completely devoid of crappy downtime, idling around the pits, and all of that junk. The video captures a day of racing from the driver’s seat and just rolls from pass to pass as Ayers works on his tune up and competes in eliminations. The car is a Mustang with a Bennett Racing built small block Ford engine that is topped with Trick Flow 240-cfm high port heads, an 88mm turbo and a TH400 transmission. Ayers gives credit to Southern Speed for the tuning on the car to get it running hard and fast like you will see in the video.

One of the coolest things about attending a race where X275 is a big part of the program is the fact that these are machines that need to be tuned and touched and tweaked between every round. You can see it clearly in this video. There’s a pass where the car has to be pedaled out of a wheelie, another where it doesn’t want to shift, another big wheelie, and then by the fourth run the thing is a tied down land missile. That happened because Ayers was tweaking his boost controller, monkeying around with ballast, and perhaps working on launch RPM as well. Outside of the antics that these cars regularly perform (this video is proof!) the huge draw to this type of racing from a gearhead standpoint is that these guys are all working their asses off to make these cars work. The different between spin and a massive wheelie is like 10lbs of ballast. The guys who are good at dialing these cars in are highly sought after and very well paid.

We’re not sure where this video was shot but the track sure has some teeth and Ayers’ car certainly has some suds. Turbo cars are so cool to watch when they are right…and maybe even cooler when they are not. Ayers has his program pretty well sorted out by the end of this video, so take a watch and live a “day in the office” with Shawn Ayers!

PRESS PLAY BELOW FOR AN EXCEPTIONALLY COOL X275 VIDEO THAT IS ALL ABOUT THE RUNS AND WHEELIES FROM INSIDE THE CAR!

One Of The Wildest CL Finds Ever - An Original Batmobile Body On A Lincoln Mk V Chassis...Or Is It? The Horrible Welding Continues! This is An Epidemic! More Globs Of Fail Inside