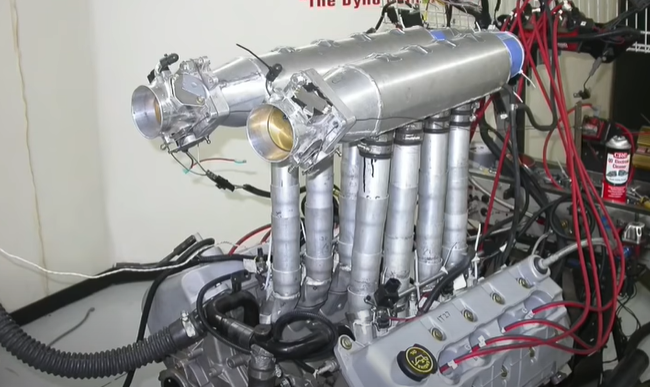 How many times have you found yourself in the shop, at the races, or on the dyno wondering if you have just thought of the world’s greatest speed part? It happens to me all the time, and luckily I’ve had the opportunity to test a couple of my theories. But most folks don’t get to do that testing. It’s just not something that most people have access to. But Richard Holdener does, and he takes full advantage of every minute that he spends at Westech Performance Group in Mira Loma California by testing engine after engine and every part imaginable on each engine he bolts up to the dyno. But for all Richard’s quirks, one thing that really motivates him and turns his crank are intake manifolds. He’s designed modular and adjustable intakes of all types in an effort to see just what runner length and plenum volume will do to a combination. And what camshaft and cylinder head differences make to an intake that was ideal on another combo. Some of the intakes in this video will have you laughing, like the one pictured above. But know that Richard’s testing and development have been utilized by several aftermarket companies to design,test, and prove or disprove new designs for new products.

In order to really wrap your head around what’s going on with the testing of some of these intakes, you really need to throw out what you think of when you think “intake manifold”. Instead you need to see it as its most basic components. An intake manifold, regardless of the shape and orientation on the engine, is an air inlet, runners, and flanges. Depending on the style of intake it may also include fuel injector bungs, but that’s it. Anything else on the intake is there to do something else that has nothing to do with introducing and processing air prior to the intake port of the cylinder head.

Keep that in mind as you watch this awesome video. You’ll dig it.

Using The Wrong Lube Hurts! Here Is The Straight Truth On What To Use To Properly Torque Your Fasteners Off Road Action To The Next Level! Watch The Qualifying Loop At King Of The Hammers From Inside Bryce Menzies Truck!