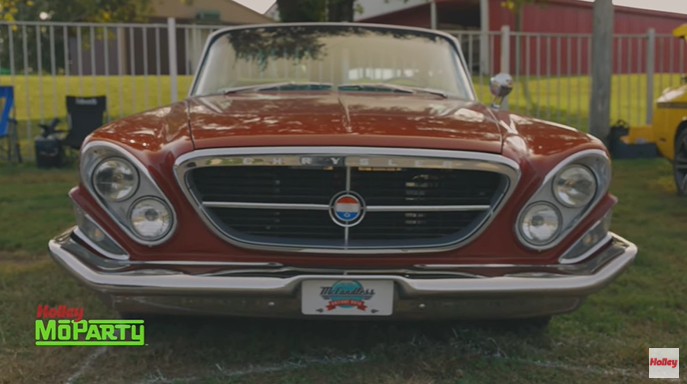 Herb McCandless is a bad ass. He was around for the start of Pro Stock, has won the US Nationals, raced and won with Sox and Martin, and he’s had an illustrious career as an incredibly talented and well respected engine builder. He’s a Hemi guy to the core, and I would never have expected him to be the old school dude going for a new school engine package in his 1961 Chrysler. But that is exactly what he is. This one is gorgeous and powered by a Gen III HEMI.

Hearing him tell the story about getting this crate HEMI for a deal, and then realizing it would practically install itself in this big Chrysler, makes you understand just why he’d decide on a swap like this. He’s old school, but he sure likes his power.

Here is the description from the video.

While Herb McCandless, AKA “Mr. 4 Speed’s” racing history is a story all its own, the former Sox and Martin team member and championship-winning driver also has an interest in cars off the drag strip. His 1961 Chrysler is a flowing, red, canvas of chrome and fins, and the 5.7L gen III hemi hiding under its hood lets it cruise as good as it looks!