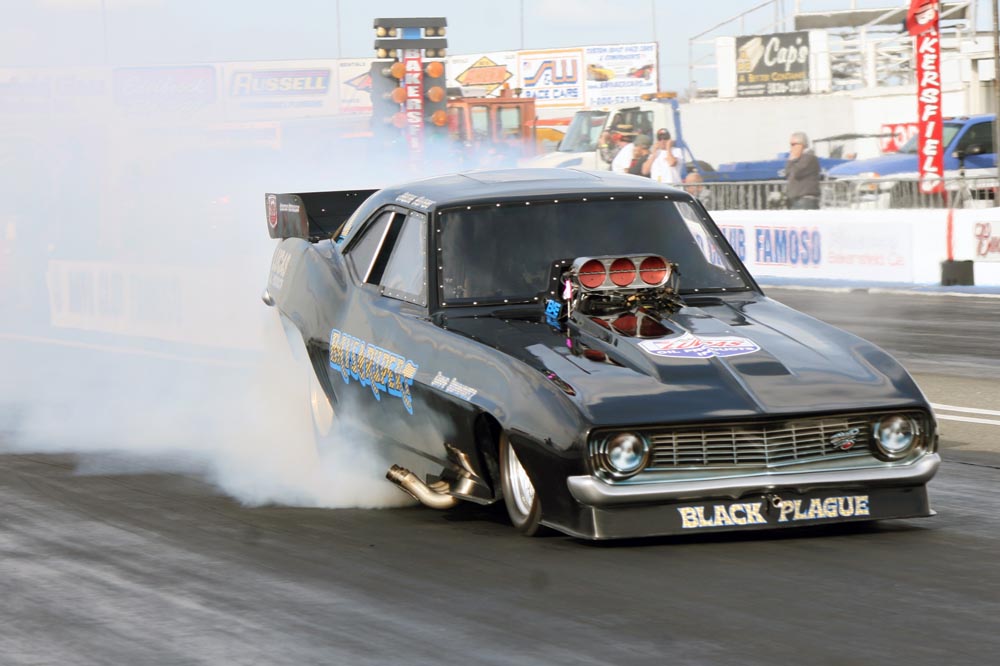 THE REPLAY FROM SATURDAYS ACTION IS PLAYING NOW!!!! CLICK HERE TO WATCH

The tradition continues! We are proud to announce that our live streaming broadcast of the 2013 California Hot Rod Reunion will begin on Friday morning with the start of qualifying and it will not stop until the last car has won its class on Sunday night. This will be the fifth or sixth time we have live streamed this event and it has great history for us. Back in the day, the CHRR was the first live broadcast we ever did and it continues to be one of the most popular and hotly anticipated broadcasts of our entire year. Why? Well for one thing, the experts are predicting AT LEAST 40 funny cars and possibly up to 50 floppers showing up to compete! That is along with all of the other hundreds of sportsman racers, top fuel cars, AA/FA exhibition, and it all happens at a place literally dripping with history in the form of Famoso Raceway in Bakersfield, California. Oh, did we mention that the cacklefest will have almost 90 cars involved in it?! This is going to be one for the ages!

The race is a three day affair, starting on Friday morning. We’ll be live for the opening of qualifying action in the sportsman classes. We’re ramping up our coverage in 2013. With Chad doing his normal kick ass job on the camera high above the track, Lohnes will be shooting photos and gathering stories from the pits and around the facility, and as a true bonus, we have Darr Hawthorne and Donnie Couch who are going to be doing video interviews and other cool stuff in the pits that we’ll use to fill downtime and keep you informed of everything that’s going on with the vast array of funny cars that will be locking horns on the famous Famoso course.

Like we always say, IF YOU ARE WITHIN 350 MILES OF THE TRACK YOU NEED TO BE THERE!!!!

SAVE THIS LINK!!! THIS IS THE PAGE THAT WILL LEAD YOU TO THE BROADCAST ON FRIDAY MORNING! WE’LL BE BACK LATER THIS WEEK TO UPDATE YOU ON SPECIFIC TIMES! BAIL OUT OF WORK, DITCH YOUR RESPONSIBILITIES, AND WATCH ONE OF THE WORLD’S GREATEST NOSTALGIA DRAG RACES FROM ONE OF THE MOST HISTORIC STRIPS KNOWN TO MAN! 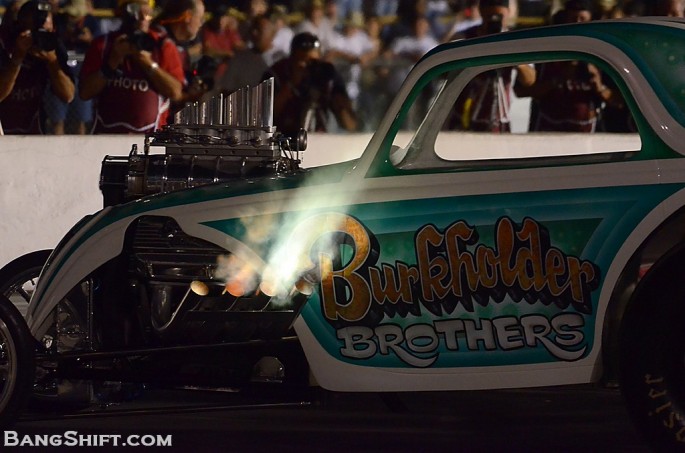 BangShift Question Of The Day: Would You Rather Drive A Fuel Altered, A Pro Mod, Or A Nostalgia Funny Car? POWERSHIFT LIVE REPLAY FROM THE CALIFORNIA HOT ROD REUNION