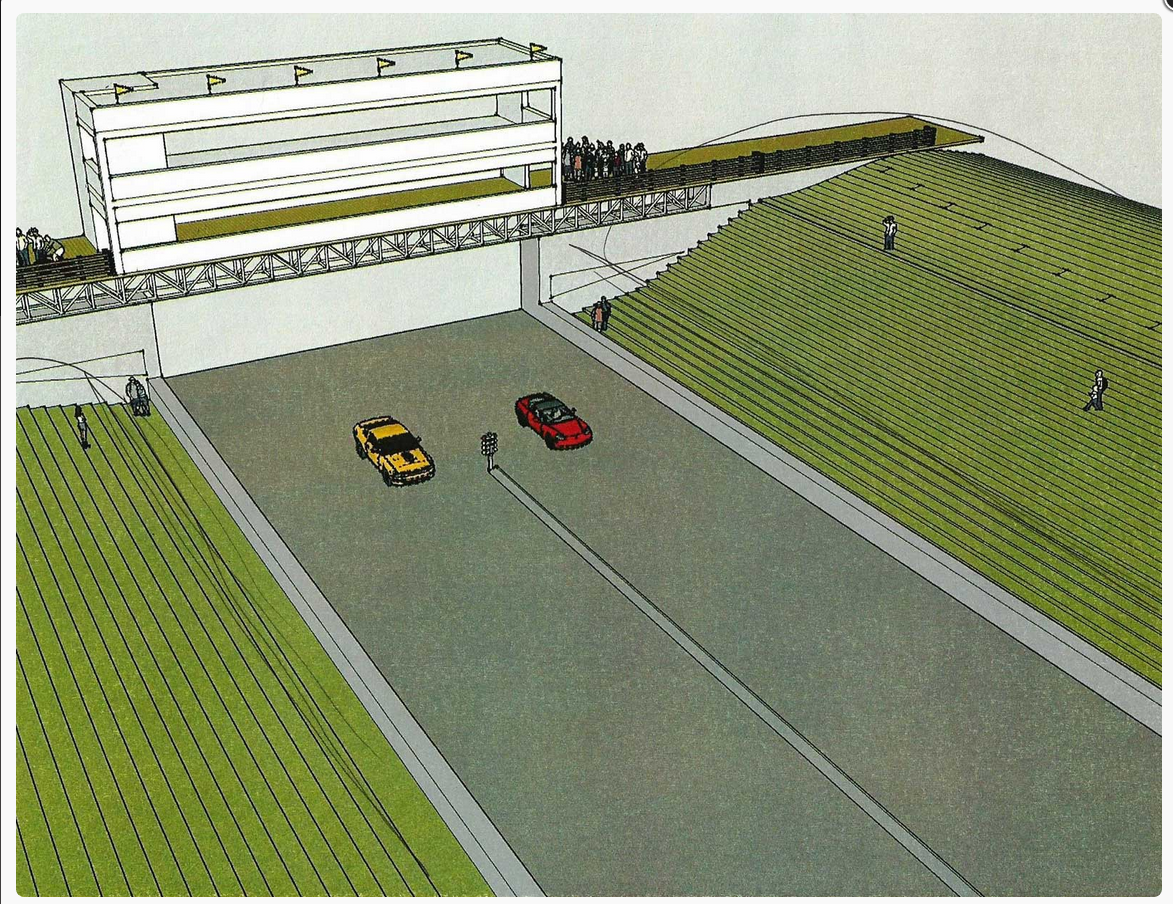 We’ve been on the bleeding edge of the Dragway 42 story since it broke that Ohio businessman Ron Matcham bought the track and planned to spruce it up. We naturally assumed that the improvements would be a “three p” program meaning “pavement, paint, and people” but as it turns out, Matcham’s vision is far more wide reaching than that and the entire facility is being transformed from its very core right to the top. Every building on the property has been razed, the physical location of the track is going to change, the elevation of the track is going to change, and they are hoping to throw the doors open by the end of summer.

If the track is able to do all that they want to do with this facility, there is no doubt in my mind that it will bring the sanctioning bodies knocking for big events. From the seating to the new tower, to the fact that the starting line will be temperature controlled like it is in Bandimere an othr major tracks, this is less a renovation and more the construction of a brand new facility on the property that the old on was sitting on.

Here’s the official statement from the track –

Well here’s what you’ve all been asking for and ending all the speculation and rumors you have heard. The track will be 4000 foot long from start to finish, ALL concrete with a 200 foot sand trap at the end. In order to make the track longer, we have acquired additional property behind the starting line and to the west of the track to do so. The track has been angled 10 degrees from the finish line and the new track will basically run through where the old pits were at which you can better see by taking a look at the engineers drawing.

The track will be water cooled from the starting line, all the way to the 330 foot mark just like at other state of the art tracks throughout the country. The track will be going 16 feet down into the ground which will create amphitheater style seating on both sides of the track. The legendary “crossover” will be recreated and a three story tower that will include both a media center with suites and the timing system facilities will sit atop the crossover which will be located right behind and above the starting line. Hope this and the pictures answer some of the questions that you have had or have heard. Be sure to check out all of the pictures to get a better idea of what the new track will look like. Our “soft launch” target date for the grand opening is the weekend of July 12th 2014 but that all depends on the weather (as you all know, mother nature hasn’t been very nice to those of us in Northeast Ohio lately) and construction time-frames. Be sure to keep watching the website and Facebook for updates.

This is absolutely freaking awesome and we cannot wait to see the in-progress construction photos!

SCROLL DOWN TO SEE THE NEWLT REBORN DRAGWAY42 – BEYOND AWESOME! 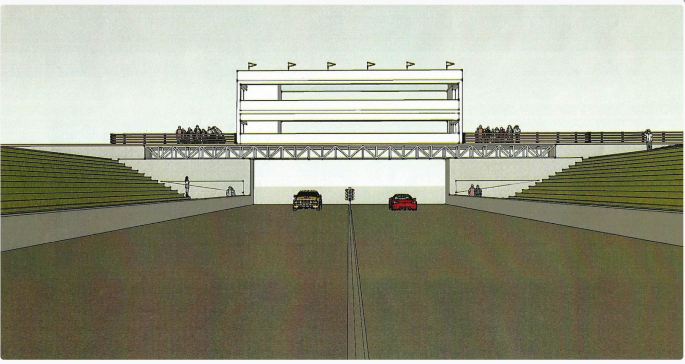 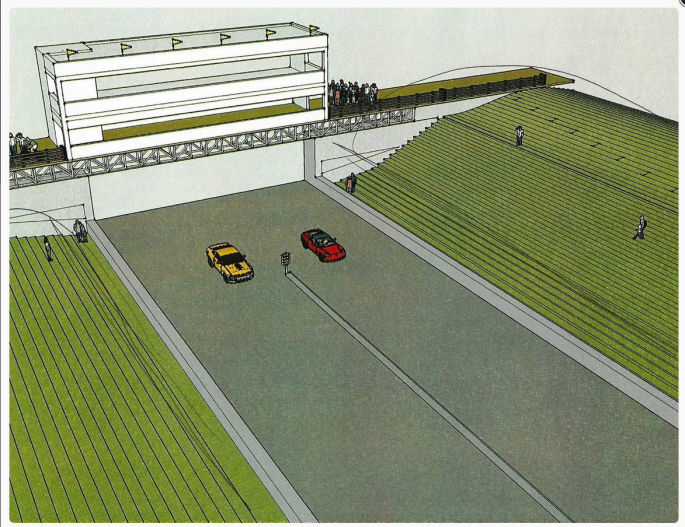 Vote For BangShift In The On All Cylinders Muscle Car Matchups March Madness Flippin' RVs Is On Tomorrow! Insider Vintage Trailer Photos Are Here!