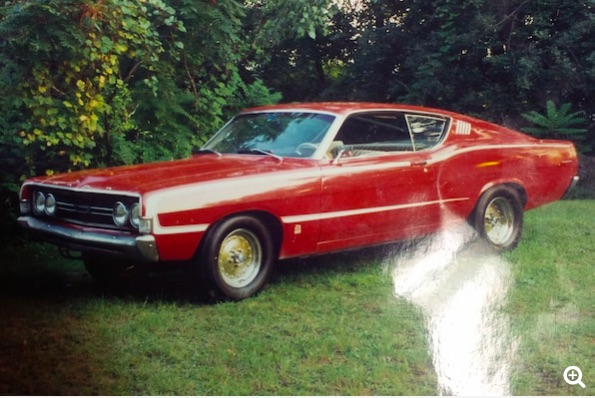 There’s something to be said for being the son of a legend, especially when said legend is at the height of his hot rodding powers. Bob and Carl Tasca are the sons of the late “Big Bob” Tasca, the absolutely revered Ford dealership operator from Rhode Island. The guy who’s dealer created the concepts for cars like the Thunderbolt and the Cobra Jet, the place was well known around the country for their hot rodding exploits and their drag strip successes with Bill Lawton behind the wheel and John Healey, along with Ralph Porier on the wrenches.

This is the story of a car owned and driven by Bob’s son, Bob Jr (he the father of current NHRA nitro funny car racer Bob Tasca III). The old man knew that it was fruitful for his boys to have the hottest stuff around as the had a habit of being at the street races and losing to Chevrolets and Chryslers was bad for business. That’s why this car was ordered with the 428 Cobra Jet engine and when it got to the dealer it was tweaked, likely with the normal stuff like headers and a recurved distributor. After that the 428 got stepped on even harder, likely with camshaft and perhaps some head work.

The car’s final phase is what we see here. A 427 tunnel port engine was swapped in and that’s the way the car has existed since late 1968 or early 1969. The machine lived in a guy’s backyard for like 35 years. After that man died a friend of his got hold of the car and has brought it back to life. He drives it, he drag races it, and he has shown it to Bob himself.

The full story of the car is really great. Check it out!

Hit the image of the crusty FE big block to see the full story! 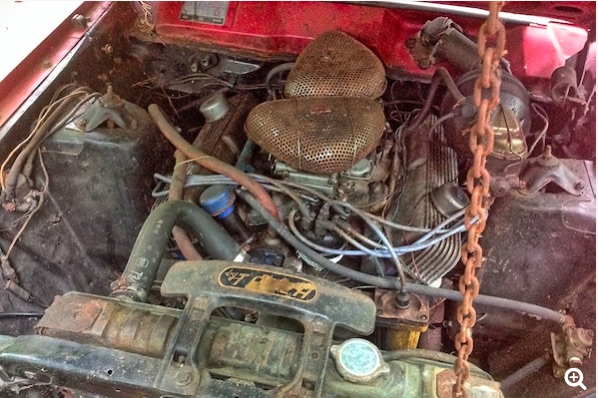 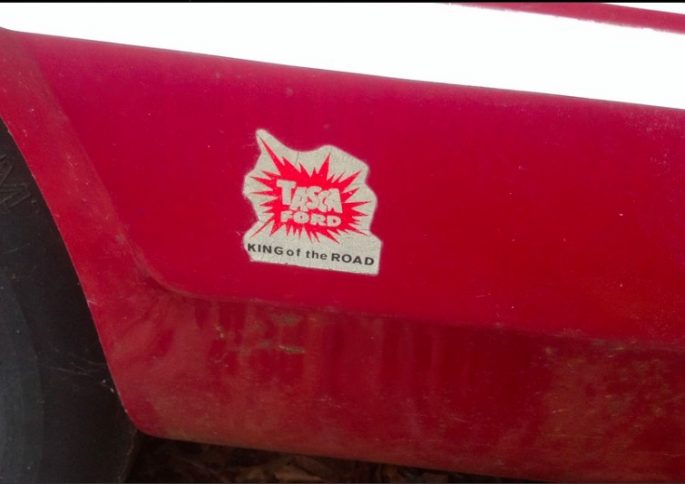