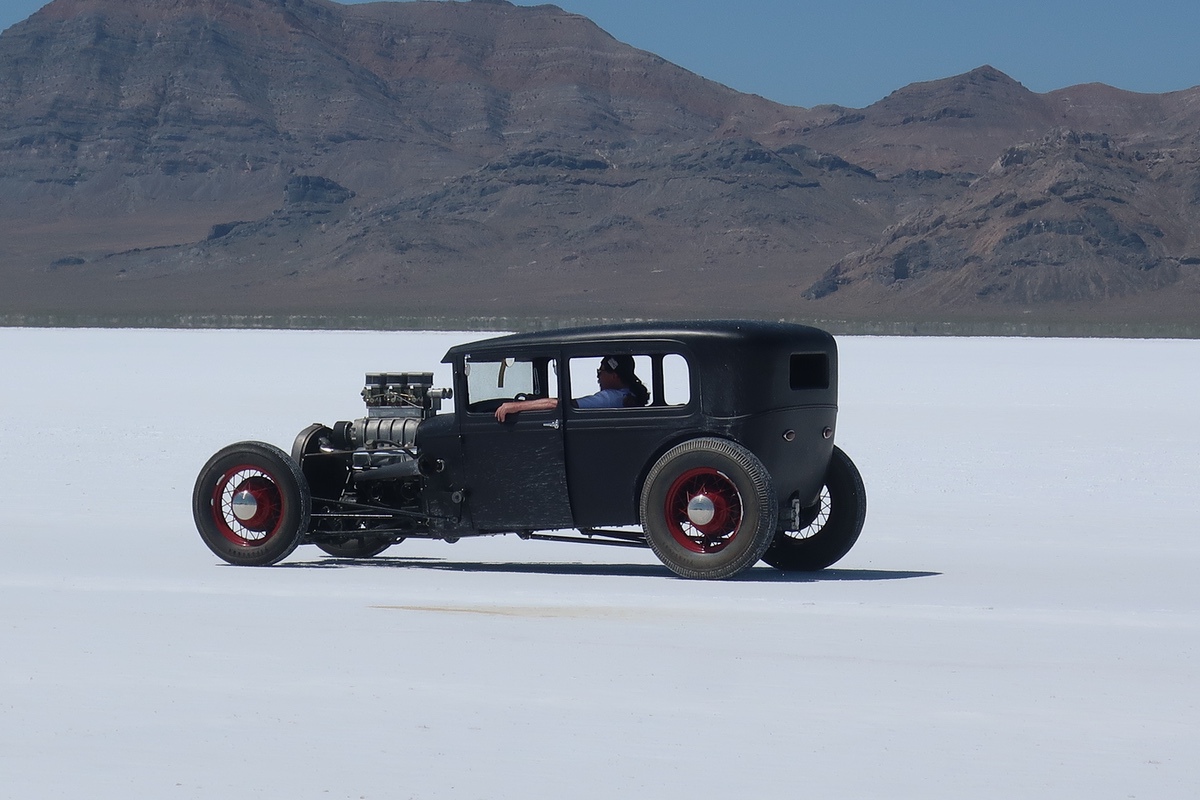 (Photos by the author) – If things are going according to plan at this moment, cars are streaking down the Bonneville Salt Flats as part of the long delayed start of Speed Week 2019. Officials made the decision to delay the start of the event and use only one course because of all the water Mother Nature dumped on the Great Salt Lake last Thursday. While the wait was painful, the racers who stuck it out have a place to race and that is all that counts, right?

These photos were snapped yesterday as Chad and I were cruising the pits and talking with racers and people who were hoping for action to start as soon as possible. Some of the cars that caught our eye are ones you are familiar with like the famed Target 550 monster with its twin blown engines now driven by Vaelrie Thompson and other far lesser known equipment.

There are some neat hot rods in here, some interesting cruisers, and a lot of empty space. We’re not going to lie, this Speed Week has an odd feel and hopefully by this point on Tuesday we’re excited at the prospect of more performance and people heading to impound after qualifying on records. Stay tuned!

One thought on “Bonneville Speed Week 2019: A Quick Tuesday Afternoon Peek Into The Pits”