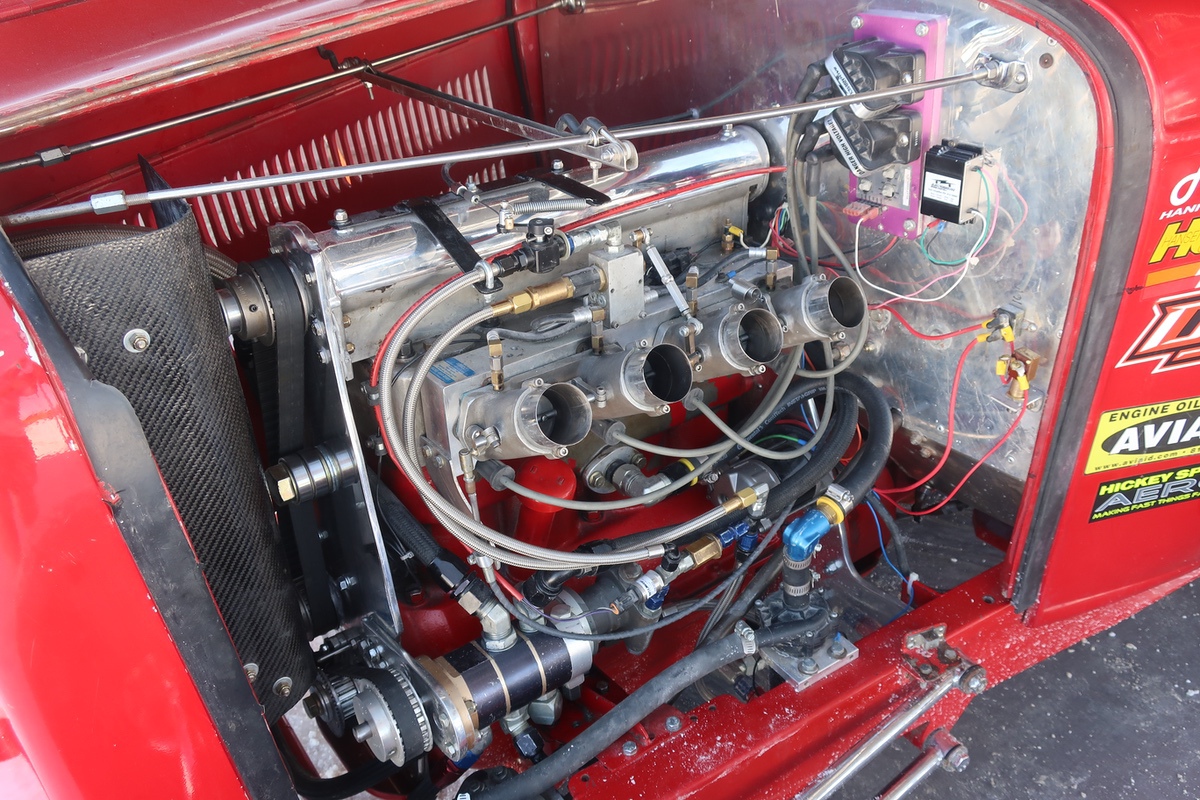 (Photos by the author) – An interesting day on the Bonneville Salt Flats yesterday as Chad and I strolled the pits and chatted with racers who are about ready to chew through a leather belt and get on the course after days of waiting. Many racers have departed the salt, no doubt disappointed that mother nature took from them their window to compete. And while some left, the vast majority have stayed and that gave us plenty of fodder to look at and inspect in the pits.

This gallery of engine photos has some really interesting stuff in it. From the nitro burning hemi in the nose of Les Legget’s Studebaker known as The Beast to the tiny little 48ci Crosley engine wearing its Weber side draft carb in the nose of a classic Crosley, the ways to make horsepower here are endless. You’ll see a Model T engine which wears a Gibson OHV conversion cylinder head and a header with primary tubes large enough to exhaust a pro stock engine and some LS engines as well.

If there is a trend on the salt it is the very obvious rise in popularity of the LS out here. That’s either a good thing or a bad thing depending on where you stand but their ability to make power on a budget has not been lost on the mostly budget conscious LSR community. We have seen more LS engines on our salt tour than we ever have before.

Some of these snap shots are a taste of more in-depth content on these power makers. Enjoy!

Hit the images to expand them and then scroll on to seem all – ENGINES!

2019 Danchuk Tri-Five Nationals: Simple And Straightforward, To The Roots Our Bonneville Speed Week Coverage Starts Right Here With Photos From The Pits

One thought on “Bonneville Speed Week 2019: Idle Engines On The Bonneville Salt Flats”