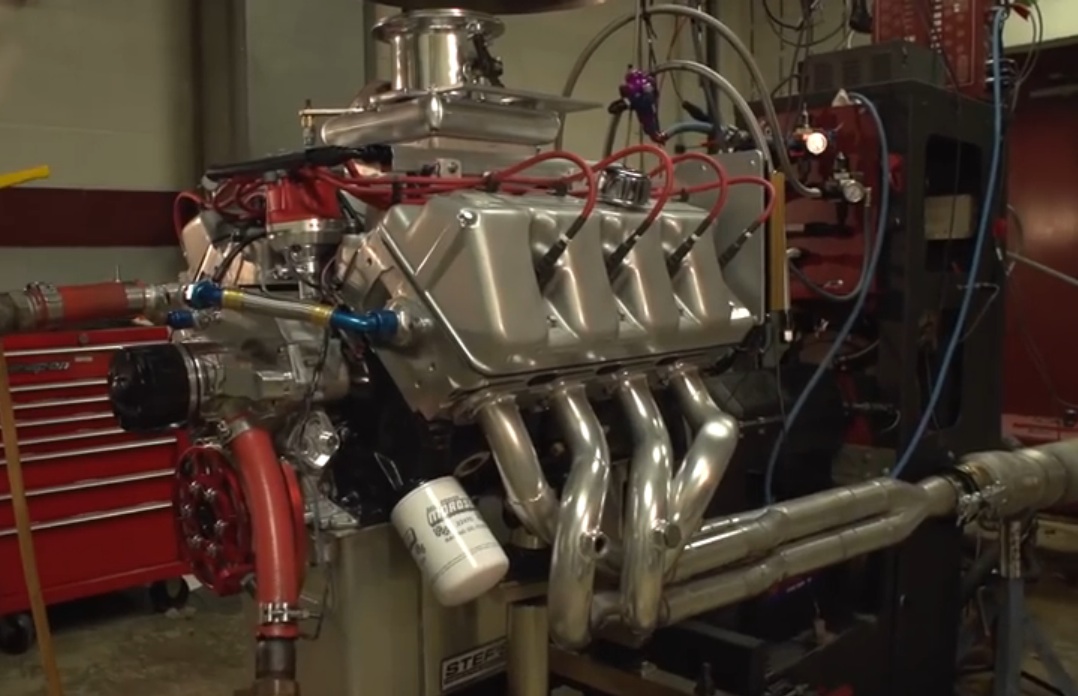 The 429ci variant of Ford’s 385 series of engines had a pretty neat life. Yes, the 460 was the longer running side of the duo but the 429 was available in more high performance guises than the 460 ever was. There was the Thunderjet, the Cobra Jet, the Super Cobra Jet, and finally the truly radical Boss 429 with its massive heads and race bred roots. Of course the 385 series of engines replaced the venerable FE family which had been Ford’s go-to big block through the majority of the 1960s. These 429 was a great upgrade in many ways from the FE but it never really got the love (outside of the Boss 429) that it deserved and we don’t think that it was entirely the engine’s fault.

The FE 427 had the luxury of being stuff into light cars such as the Thunderbolt and becoming a legend quickly. By the time the 429 started rolling out, the cars were growing flabby and enormous so these hard working plants were lugging around LOTS more heft than their older brothers were. 1968 was the first year for the 429 to appear and it did so in the Thunderbird with a version rated at 360hp. The 429 Cobra Jet was introduced in 1970 and only offered to 1971, the engines used a cast iron crank and the 1971 version uses a four bolt main block. Apparently the 1970 version used a two bolt main block. The rods were the standard issue 429 pieces and the pistons were cast. The heads were improved with larger ports, a hydraulic cam was in place, and the compression ratio was a shade above 11:1. Going up from there we had the Super Cobra Jet which had forged pistons, a mechanical lifter cam, ever larger heads, adjustable rockers, a different intake manifold and a Holley carb as opposed to the Rochester on the Cobra Jet.  There are dyno videos of these engines below as well.

The Boss 429 is obviously the star of the show and for good reason. The engine was a marvel and essentially had the ethos of the legendary “Cammer” in it as well. From the block deck down it was largely the same as other engines but from there up, it was amazing. The huge aluminum heads with their shallow hemispherical combustion chambers also featured cross flow valves that measured 2.28″ intake and 1.90″ exhaust. The intake ports were huge and round with the exhaust ports featuring a D-shape. The factory O-ringed heads were cool and secured with 10 bolts per side. The blocks themselves may have looked identical to other 429s but there were differenced. Lots of meat meant that these things could be bored an amazing .160 (according to Holman and Moody). Four bolt mains held the crank in the place, there was a revised oiling system, and the number 429 was put plainly visible on the side of the block. With its dual plane intake manifold, rumpity cam, 10.5:1 compression ratio, and mechanical lifter cam, this was a beastly engine that was designed for NASCAR competition. It wasn’t the most fearsome shark in the tank on the street but it was no slouch either and could hold its own with the muscle car royalty of the day.

So there you have it Ford fans! A little history and now it is movie time below, check them out.

One thought on “Boss Day! To Celebrate 4/29 We Have Thunderjets, Super Cobra Jets, And Big Bad Bosses! Ford Power”