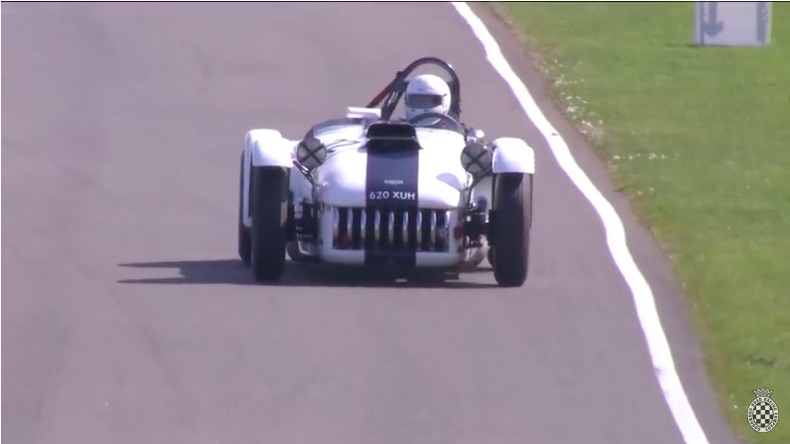 You don’t have to be a huge racing historian to know the name Kurtis and how it played in the world of automotive competition during the 20th century. Frank Kurtis was an innovator and a guy who’s cars and basic designs dominated the Indy 500 for years and years. In 1953 Kurtis decided to add a road racing style car to his lineup and that was the 500S. These things had two seats, motorcycle fenders up front, and engine options included a Chrysler hemi, a Mercury, or a Lincoln engine among others. Reportedly only a couple dozen of them were ever built and sold. They are worth stacks and stacks of money now.

The good news is that while the majority of them are in car museums and are basically glorified art projects, a few of them still get treated the way they should and the way that Frank Kurtis designed them to be. There’s torsion bar suspension on this thing, there’s plenty of horsepower as you will see, and there’s also four really narrow little tires that are trying to get it all to the ground. Racing one of these things seems like an aerobic exercise of the best kind. The driver is constantly on the wheel making adjustments and wrestling with the car. It looks like a load of fun.

We do not know what this one has for an engine but we’re going to go out on a limb and say that it has a 331ci early hemi in it as that would have been the most common variant available when this car was built in 1954. No matter what it has for a mill we think it is great.

This is a six figure car at auction so a long way from the millions that other exotics from this period pull but certainly way more than the BangShift budget could swallow!