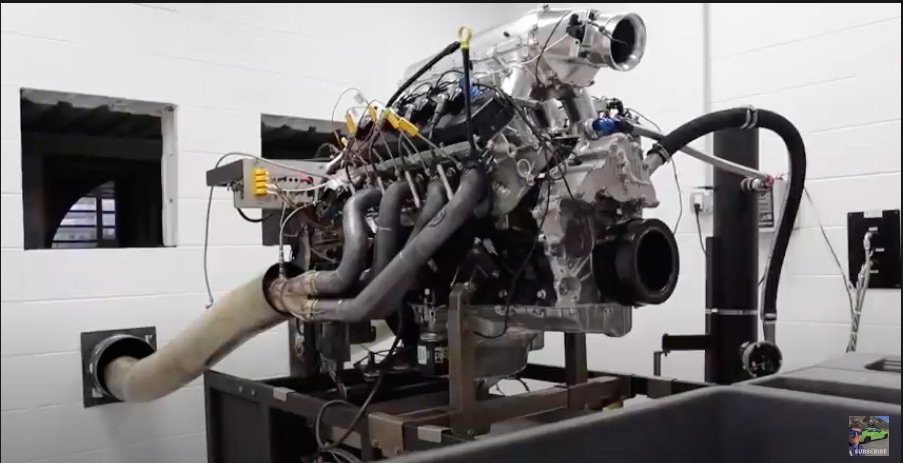 Brian Wolfe’s work with hot rodding the Ford 7.3L Godzilla V8 engine has been awesome. We have seen a load of different things so far and most of them have been a little outside the parameters of what normal guys would want to do with their street cars. This time we’re looking at way more realistic things in terms of a 7.3L engine that has an upgraded camshaft, ported cylinder heads, and engine calibration. The engine does have a pretty awesome intake manifold on  it as well and Wolfe talks about what power the combo made with the stock intake as well as the piece of artwork that is on it now.

We really dig the fact that this engine is a 100% stock bottom end piece with a factory block, crank, pistons, and rods. No, the stuff done here would not be bargain basement cheap but for someone looking to do a larger displacement engine that cranks off way more than 600hp and can do so forever, this is a great looking an sounding option.

The video answers many questions about the engine, how the power numbers are being achieved, and the difference between how an engine builder tests and measures his engines versus what an OEM manufacturer like Ford has to do to meet regulations and follow the rules.

Long story short you are going to get dyno pulls, killer tech information, and a really neat discussion on engine building and testing from a guy who has been as deep inside the world of the OEs than anyone you’ll ever listen to in Brian Wolfe. Watch this!

Press play below to see this awesome look at the stage one build of a 7.3L Godzilla V8!

Flat-out Cool: Watching This Scale Model Of A BMW RS90 Engine Come Together Is Awesome It Could Be You: This 1949 Chevrolet Film Explained The National Car Shortage And How They Were Fixing It