Super Duty Video: Butler Performance Rebuilt This 455 Super Duty Pontiac – How Much Power Did It Make? Find Out! 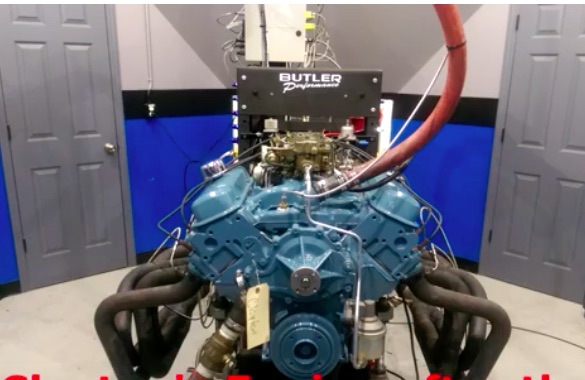 The Pontiac 455 Super Duty is one of the greatest engines that Detroit ever produced. It was a victim of the era in which it was born and had the thing come along a few years earlier there’s no telling how bad ass it would have been by the end. They were only produced by the company for a few years and in very small numbers. Hell, they came with directions on how to properly torque the rod bolts on the valve cover! These things were serious pieces and while they were rated at 290hp they made far, far more than that. But how much?

The crew at Butler Performance got their hands on a factory fresh Super Duty 455 that needed a rebuild. They stuck some billet four bolt main caps in the bottom, they stuck a 4.25″ Eagle crank in it, upgraded the camshaft, and the valve train. Using the stock heads the car made over 502hp and 583b-ft with the torque number coming in at 3,600 rpm.

While this is an upgraded mill with more displacement than stock, it still making that power with the factory heads and intake manifold on it. Modifying the heads, event slightly and bolting on a better intake manifold would see those numbers skyrocket in a hurry.

If you dig Pontiacs, this is awesome.

Press play below to see this Butler Performance rebuilt 455 Pontiac –

6 thoughts on “Super Duty Video: Butler Performance Rebuilt This 455 Super Duty Pontiac – How Much Power Did It Make? Find Out!”