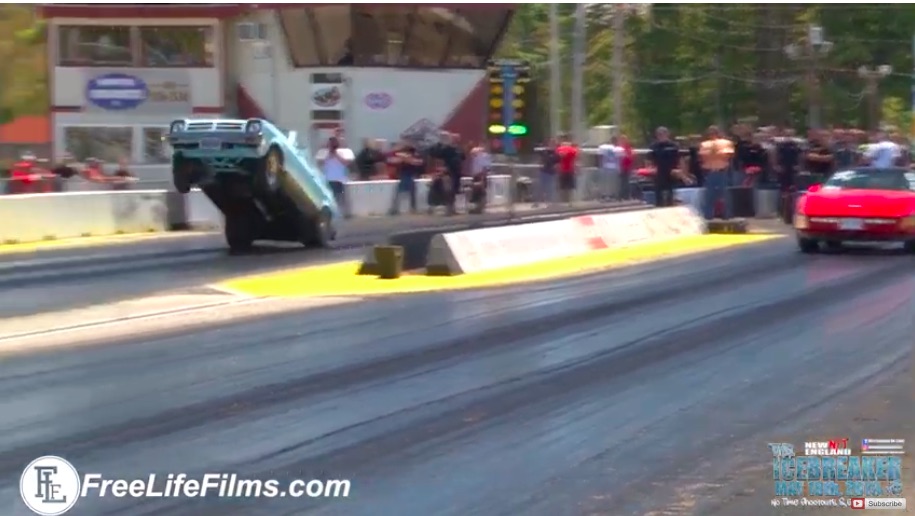 New England Dragway was in the national spotlight a few days ago as the NHRA contested the New England Nationals at the facility, the 13th stop on the organization’s 24-race tour. The good news for drag racing fans in the New England region is that the track is open every weekend from April 1 through Halloween and that means there are loads of ways to get involved and have a great time at the strip. One of those ways is with the New England No Time series which is a growing, fun, and exciting program that the track has embraced and worked with the promoter to help grow.

Stemming from an handful of racers who wanted to do and try something different, the track is always prepped well and there are more and more cars along with more and more people showing up to have fun at these New England No Time events. The atmosphere is the same as one would find on the street with cash changing hands and people huddled up close to the starting line but they’re on the drag strip, not in your neighborhood, a local industrial park, or somewhere that poses a threat to public safety. Everyone wins. Plus there’s Chevettes there.

We’re not sure if this car has a name but if not, it is officially The Chevette From Hell. You can see the mondo single turbocharger tucked right behind the factory grill of the little Chevy and as you’ll see in this video, despite its lack of wheelbase, the car hooks HARD. Actually it seems to hook too hard on a couple of runs before the setup was perfected (seemingly) on the third pass we see in this video. We’re lamely short on details about this car but we love its slightly worn look, we love its stance, and we love the fact that it wants to wheelie like there is no tomorrow on the well-prepped Epping surface.

This thing is bad ass and it has a license plate on it. We’re hoping it sees some street miles, however limited they may be. With an awesome chassis, jungle gym level roll cage, and a light blue shade that screams, “go ahead and try me,” this car is one of our favorites that we’ve seen anywhere in 2019. Neat stuff!

2019 ALS Cruising For A Cure Car Show Coverage: Oldies But Goodies! All Pre-55 Gallery! Race Report: The Big Dog At Piedmont Dragway Was An Absolute Battle, Here's How It Went Down