The American Engineer: This Chevrolet Sponsored Film From 1960 Is Really Cool and A Celebration Of The Profession 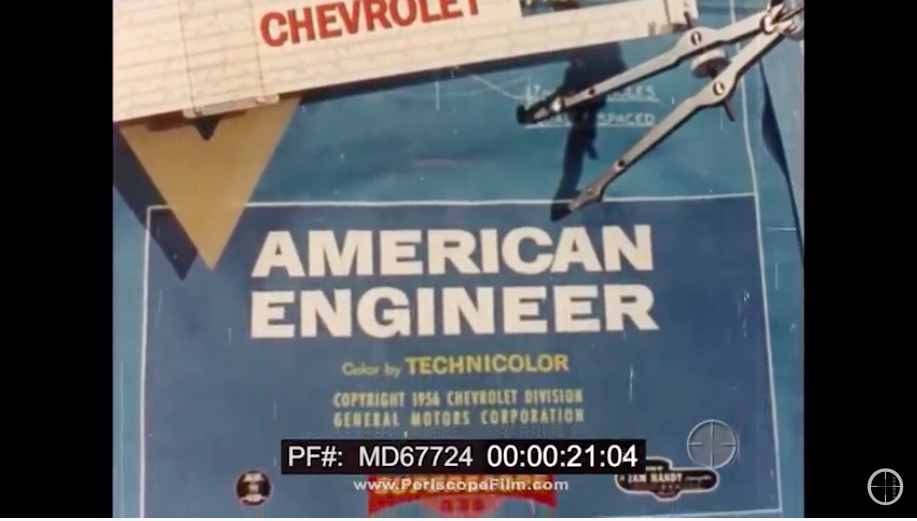 This is a neat old movie, especially when you look at it in the context of 2020. The film was originally made sometime in the 1950s and then updated right around 1960. You’ll see 1960 model year cars in this one and that’s why we’re saying the thing was updated. There are other versions to be found as well. Anyway…

It seems the reasoning for this film was to play for kids and show them the major fields that were available to them in engineering. Little vignettes are shown of electrical, structural, mechanical, and other disciplines of engineering. This as a time when the country was in need of engineers and this recruiting film was used to spur people on to take up the challenge of its studies. It’s kind of cool how this thing actually celebrates engineers. This is a concept that’s pretty foreign these days. Actually celebrating people who are adding to the improvement and enrichment of our lives. Maybe we’re just getting old but we feel like kids need this message again. They get bombarded with people who play videos games for a living, celebrate athletes who have (sometimes) questionable character at best, and don’t really seem to hear a lot about the people who make, design, and improve the world around us.

This film’s age makes it neat to watch. Who knows, some of you out there in reader-land may have seen this when you were coming up!

Weird Science: Watch These Guys Spool A Turbocharger With A 60,000 PSI Water Jet And Fill A Weather Balloon With It! Nothing Else Sounds Like It: Watch This Beautiful Ferrari 512 Driven By Derek Bell Scream Up Goodwood