Nothing Else Sounds Like It: Watch This Beautiful Ferrari 512 Driven By Derek Bell Scream Up Goodwood 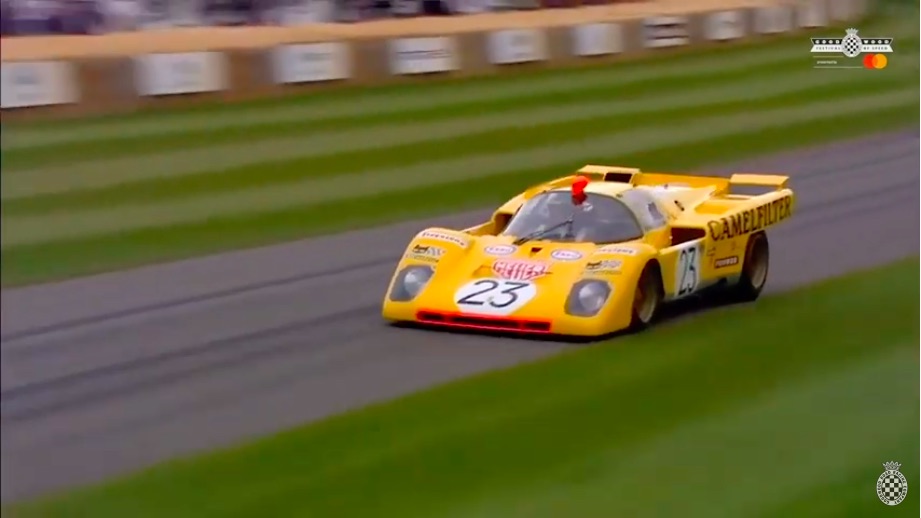 I know lots of race car drivers and generally speaking the ones that do it for a living really view the car they are competing in as a tool. They see it as a carpenter see his T-square or as a welder sees his torch. The need the car to make a living, they have been trained on how to use it like a master, but there’s not a lot of emotional connection. And we’re guessing that is a good thing with race cars because one year’s cutting edge machine is the next year’s yard art, right? There is one basically universal exception. Most guys will lovingly tell you about the first serious car they drove at a very high profile race and that’s a really fun thing to listen to. That’s where the heart and soul come out.

In the case of Derek Bell, who wold go on to win Le Mans some five times, the 1970 Ferrari 512 is the first car he made a name for himself in on the international stage. That’s why it is great to see him in a Ferrari 512 at Goodwood. While the course is apparently cold and slick and Bell does not want to destroy the car, we get to hear that magical Ferrari V12 sound as he leans into the pedal in a few spots on the track.

Beautiful car, wonderful driver, and one of the most iconic engines in history, the 5-liter Ferrari V12 at work!

Press play below to see this awesome Ferrari 512 driven by Derek Bell on the hill!

The American Engineer: This Chevrolet Sponsored Film From 1960 Is Really Cool and A Celebration Of The Profession Classic YouTube: The 1974 World 600, As Seen Through The Lens Of Car And Track!