Cool! 1320Video Has Released The Drag Week 2005 DVD In Its Entirety For Free! Watch Here 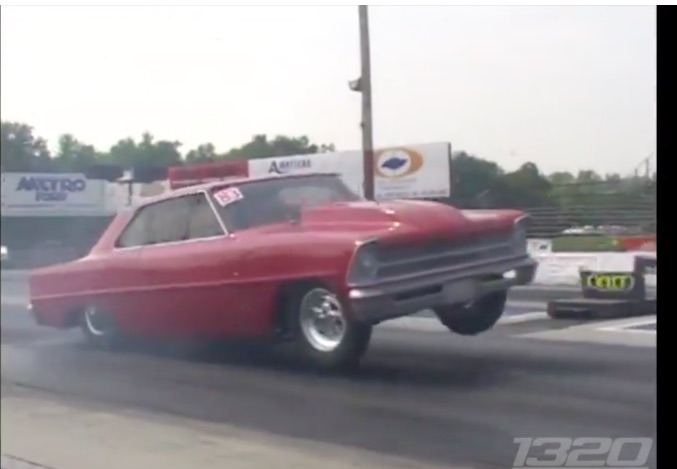 Well now this is awesome. 1320Video has released the Drag Week 2005 DVD in its entirety and you can watch it below. We’re talking about the first ever Drag Week, the event where I met Chad and Freiburger, and the event that set the stage for what we know as BangShift more than a decade later. This is an amazing trip back through time, especially for the small group of us that were actually there. I was reporting on the event for CompetitionPlus.com, Chad was racing his famed Rusty wagon and Freiburger was the leader of the whole circus. Larry Larson was there, Carl Scott won, and guys like Tom Hogshead and Vince Rasch were making the first of their appearances at an event that they can brag, to this day, on never having missed one of. Freiburger can’t even say that.

Drag Week 2005 was insane for many reasons. The first is that this was a one way trip. There was no loop. We started at KCIR and ended up in Michigan. Oh, you towed your stuff to KCIR to start and it is all still there? Cool. Just drive back down to your trailer and go home. I’m not saying today’s Drag Week events are easy, because they are not. I am saying that these guys who did it the first time were a special brand of nuts.

Luminaries early in their careers came as well. Steve Morris, the well known engine builder is the guy with the massive Caprice wagon. Justin Burcham the guy in the then brand new Mustang had just begun to grow his JPC (Justin’s Power Center) into a central hub for late model Ford performance, hell Kyle and 1320Video were just some kids with cameras, long before their explosion in popularity. Some guy named Larry Larson who was well known around Missouri would start to rise to a place in the sport of drag racing we’re sure even HE didn’t attaining. It all started that first awkward day at KCIR.

Watch it from day one below. When you spot the pasty guy in the blue baseball cap, that’s me. When you spot the slightly bearded Chad, that’s him. Lots has changed since 2005 but one thing has not. We can say that we were actally there!

Press play below to watch the 1320Video Drag Week 2005 DVD in its entirety!

3 thoughts on “Cool! 1320Video Has Released The Drag Week 2005 DVD In Its Entirety For Free! Watch Here”