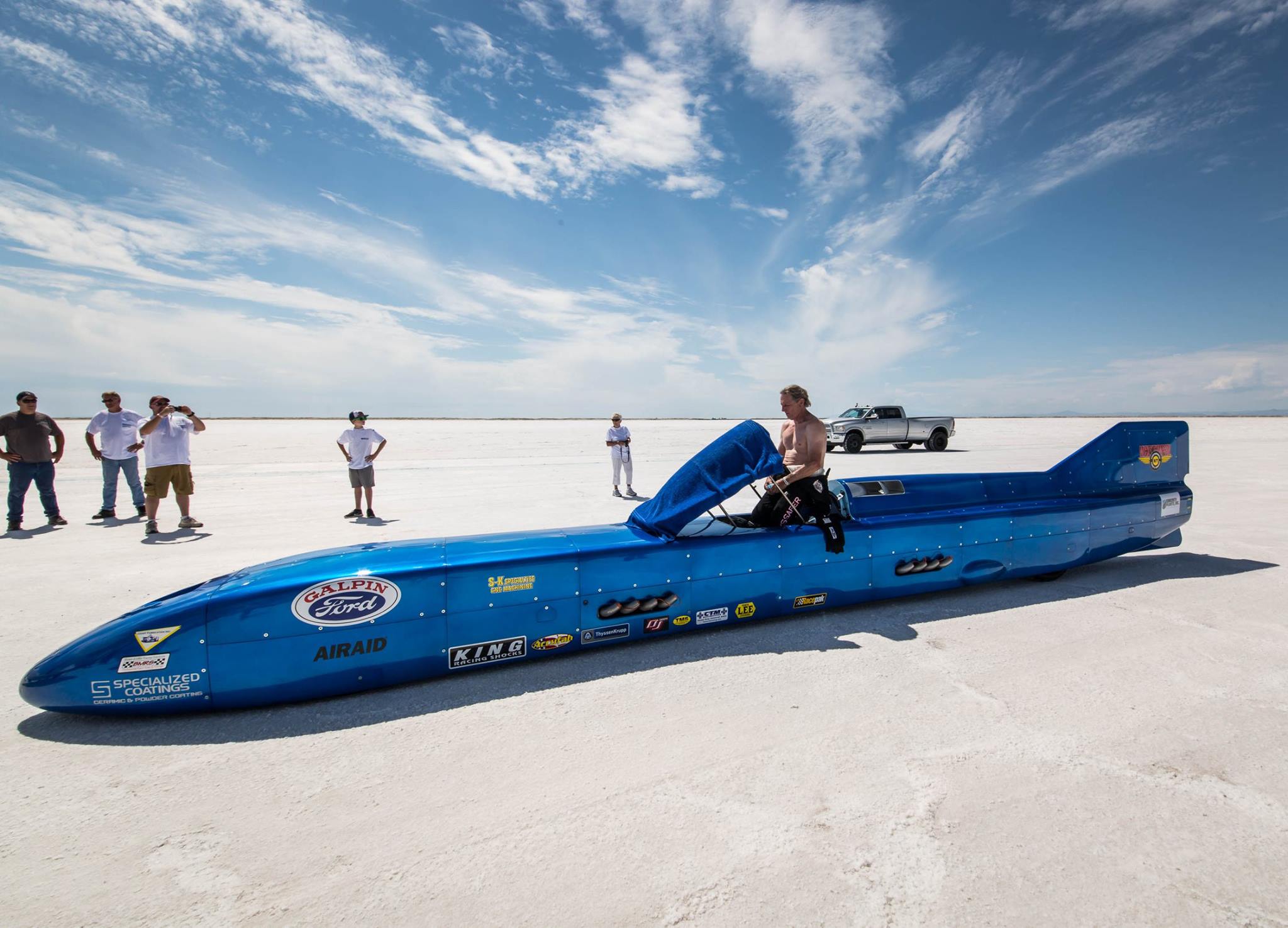 It was a great weekend of testing for Danny Thompson and the entire Challenger II team as the car clocked a 317mph run during the USFRA test session on the Bonneville Salt Flats in preparation for next month’s SCTA Speed Week. While Thompson obviously has designs on running speeds significantly higher than 317, this run came pretty early in the car’s competition life (ok, SECOND competition life) and has buoyed the confidence of Thompson and his team of dedicated henchmen (and henchwomen). The team’s first shot was a mid-200s blast and then Thompson wicked it up to 317, which is fast by the standards of us mere mortals but more than 100 mph slower than he ultimately wants to go in the car that his father had at the salt nearly a half century ago. After lots of work, lots of money, and extensive upgrades, Thompson finds himself sitting in a car that is performing very well in early testing and appears capable of much higher terminal speeds. 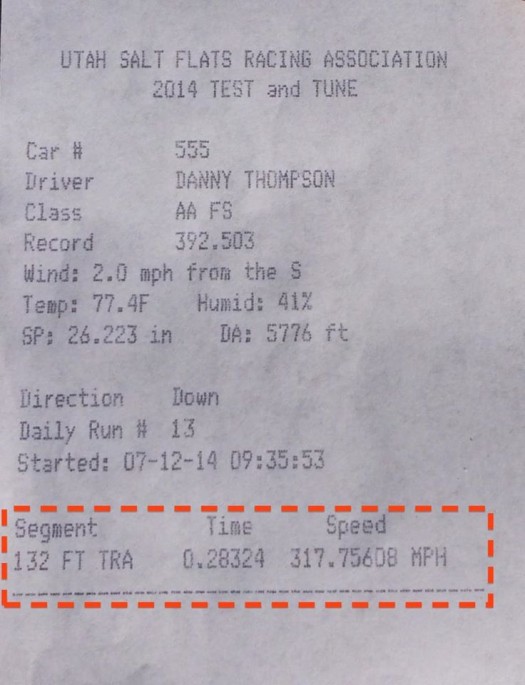 Adding to the coolness of this experience on the salt, Thompson’s mom was there to greet him at the top end after his runs and thusly a circle was closed that had been hanging open for nearly a half century from the point where the car made it to the salt in the hands of Mickey Thompson and Judy Thompson and returned with the son that the two brought into this world. If this whole damned thing isn’t enough for a Hollywood script, we’re not sure what is. We cannot wait to be there on the salt next month in the Danny Thompson cheering section when he gets out there and really starts to let this ol’ girl eat. The results could be even more awesome that we imagine.

Congratulations to Danny Thompson and his crew….your unyielding dedication is paying off in spades.

Stay tuned…there’s lots more of this story to come! 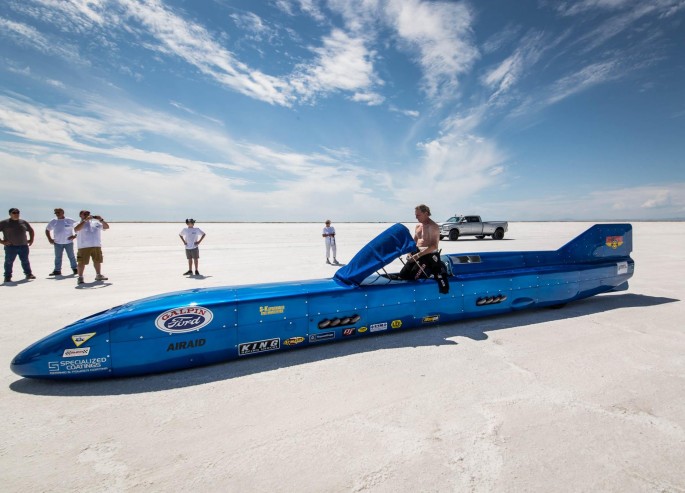