98-MPH Breadbox – This Vixen RV Is Super Rare, A Little Odd, And The Fastest Motorhome In ECTA History…By A Bunch 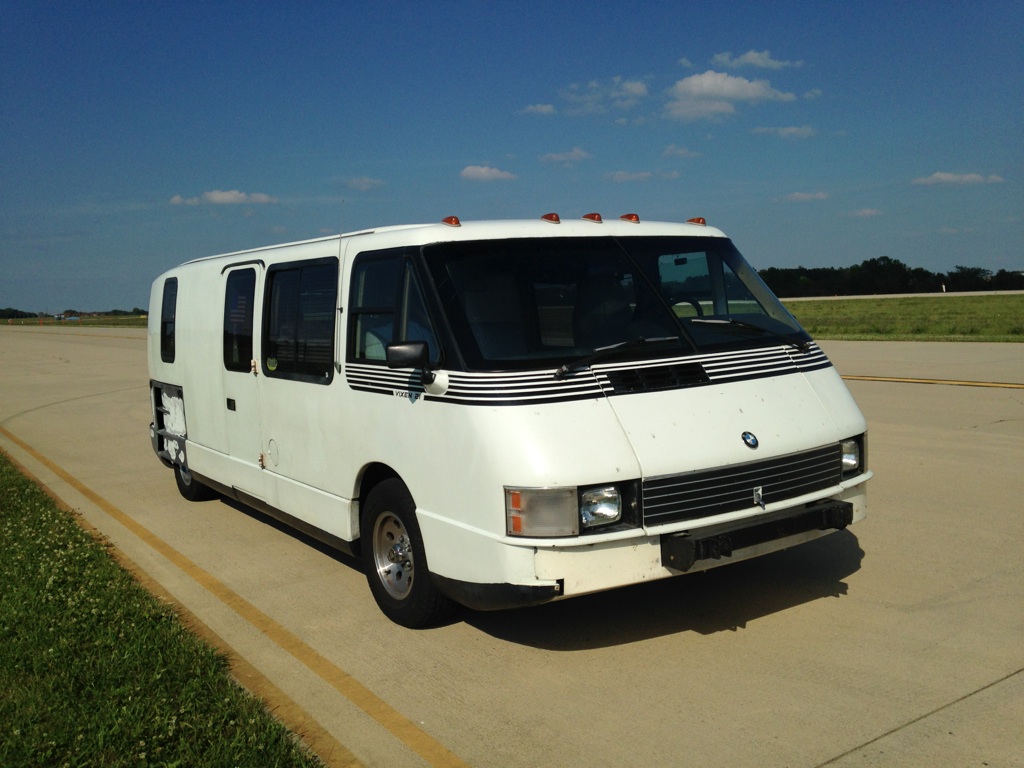 No idea…that’s what I had when I first laid eyes on Dale Janssen’s Vixen RV. You can’t blame me and I can’t blame you if you are staring at the boxy, compact, European looking recreational vehicle and scratching your head a little. With just over 600 ever built and production ceasing in the late 1980s, the logical guess is that you are in the same boat as I am with knowledge about Vixens. Thankfully Dale Janssen brought his to the ECTA meet at the Ohio Mile with a mission to run his as hard and fast as he could, and did he ever! While there is no official class for motorhomes in the ECTA, Dale Janssen can lay claim to having the fastest motorhome in the decades long history of the organization with a fastest terminal speed of 98-mph and some change on a run made later in the day as racing action was coming to a close on Saturday afternoon.

If you can believe it, there were THREE Vixens on the property in Wilmington, Ohio but only Janssen’s was setup for racing. The other two were part of a large group known as the Vixen Owners Association which is comprised of people who are banded together for their love of Vixens and their need to find spare parts to fix their own aging machines when necessary. The group was formed in the late 1980s and continues today with a national get together every year and the full support of Bill Collins the legendary GM designer who splintered from the company and created the Vixen. Sales never came in like people expected and the company was on the financial rocks after just a couple of years. Instead of the Vixen being completely lost to history, this small cadre of dedicated supporters keep the name alive and Collins is very much a part. He’s involved with the land speed project of Janssen and was apparently listening to the broadcast of the ECTA meet from his sailboat!

Outside of the shape and overall styling, what makes Dale Janssen’s Vixen really cool? How about the fact that is it serial #2. Serial #001 was the prototype so this is the first one of these babies ever pushed off the back of an assembly line which is utterly neat. There were two power options for Vixens over the three year production run. A BMW diesel and Peugeot five speed manual transmission was the initial offering. Later, a GM 3800 V6 was offered as well. With the diesel the company advertised 30mpg for fuel economy back in the day!

Dale’s running the diesel and manual transmission combo in this Vixen and it has been worked over some with a tweaked injection pump, a little more displacement, and all the other diesel tuning tips that guys are using these days like water/methanol injection, etc. The result of the whole thing was an RV that kept getting faster and nearly hit the century mark in a standing mile, which is a claim that very few RVs can say in this history of ever. Dale reported to us that the EGTs were freaking him out on a couple of the runs as the motor was working really, really hard to achieve this numbers and he was also taking the first half of the course easier than the second and really rolling into the power by the time he got to the half mile marker. I did not get time to go inside the thing but the reports are that it has AC, all the modern comforts of home, and it is fast enough to run with a stock econobox in the mile. That’s pretty flipping awesome, if you ask us.

This Vixen RV is 100% BangShift approved and is a shadow away from 100mph in the standing mile! If you really need to know why I love land speed racing at this point, go hit yourself with a shovel a couple times to knock the cobwebs out. 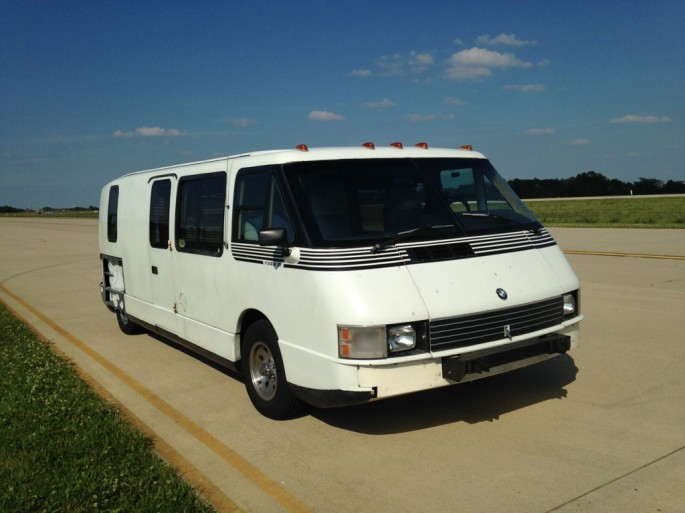 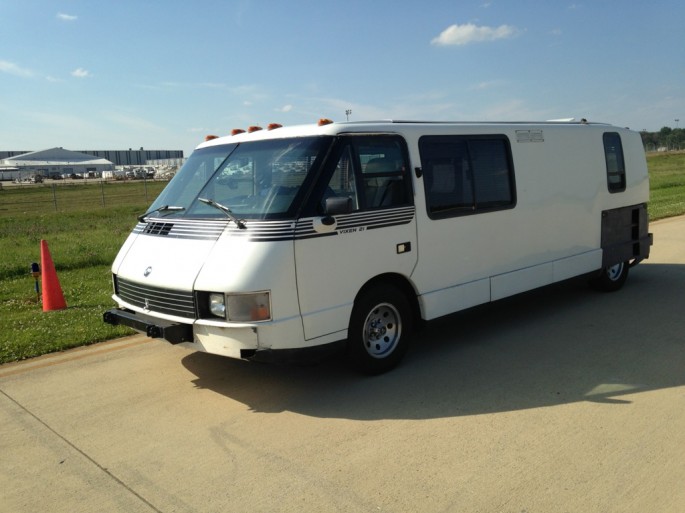 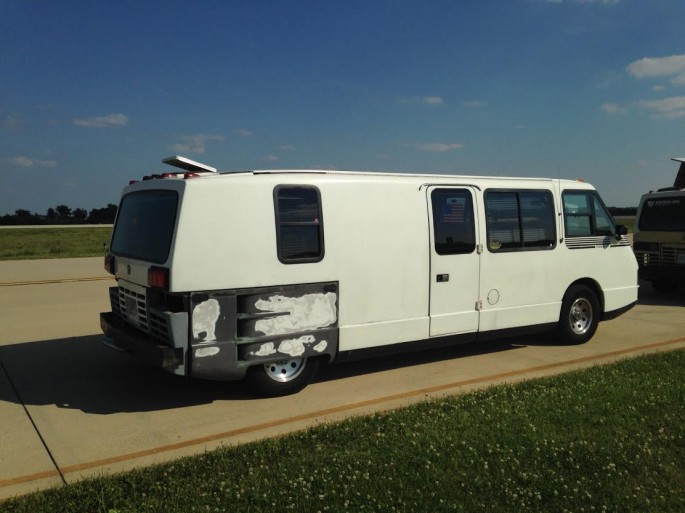 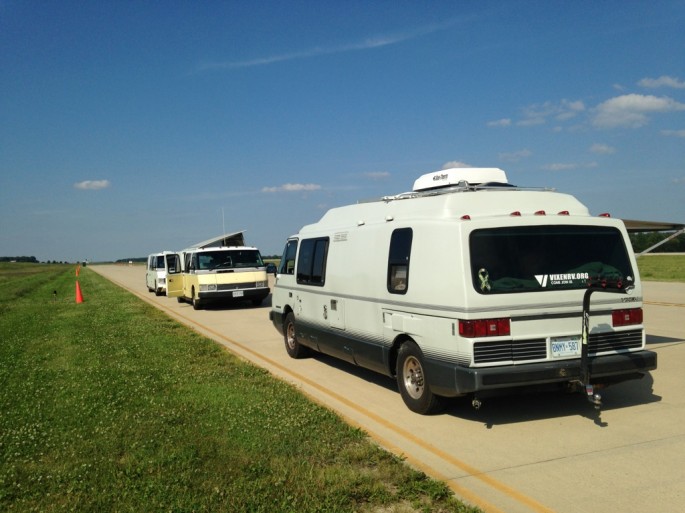 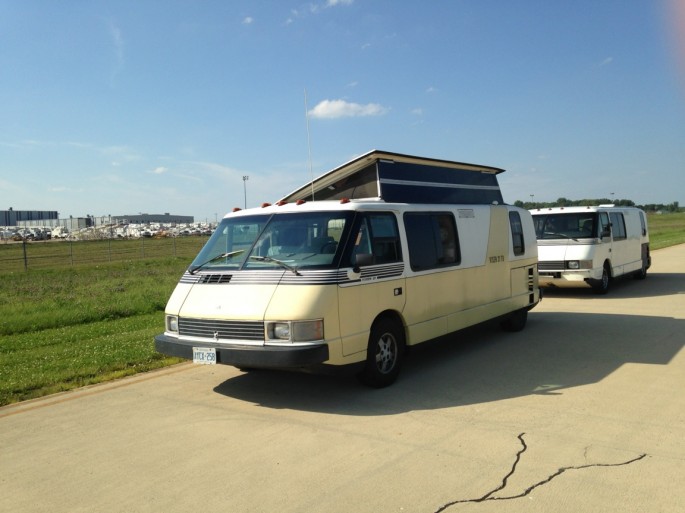 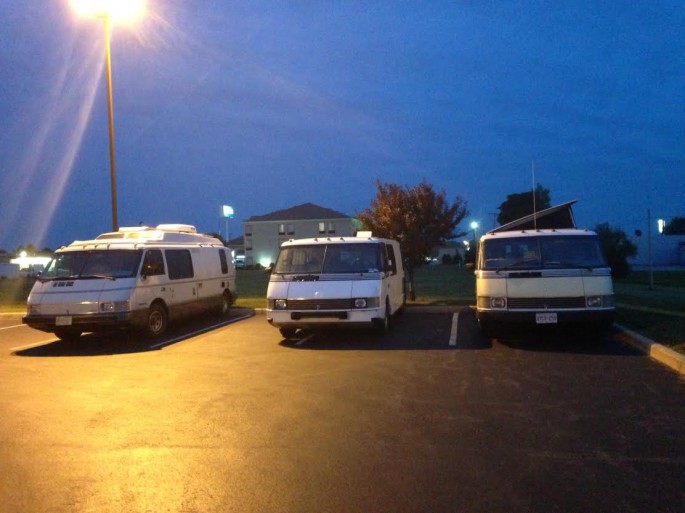 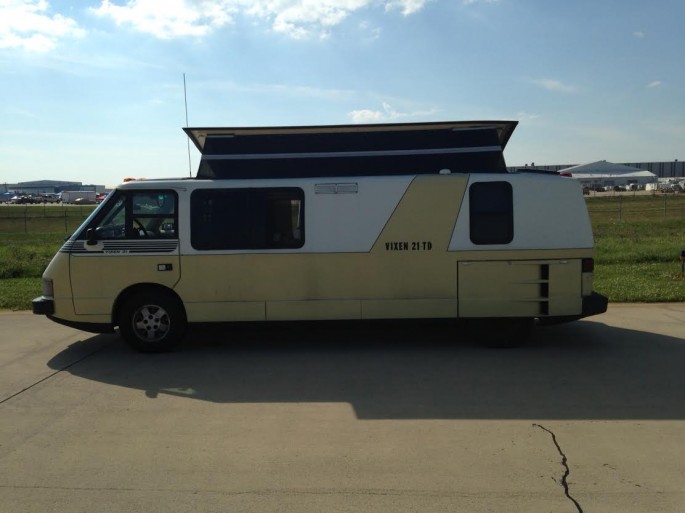 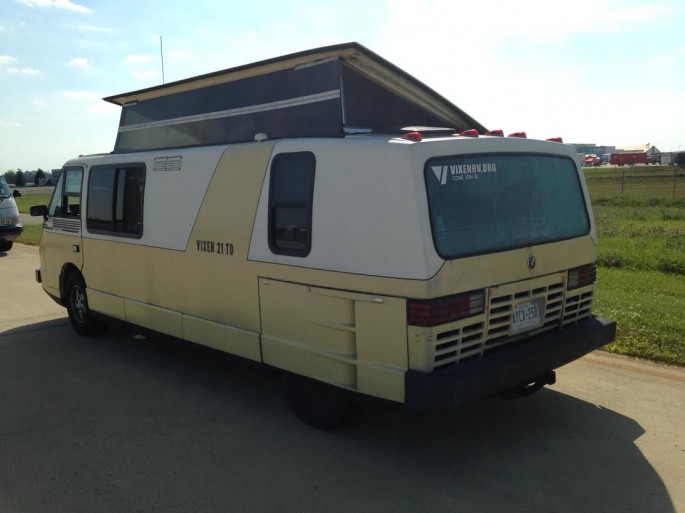 3 thoughts on “98-MPH Breadbox – This Vixen RV Is Super Rare, A Little Odd, And The Fastest Motorhome In ECTA History…By A Bunch”