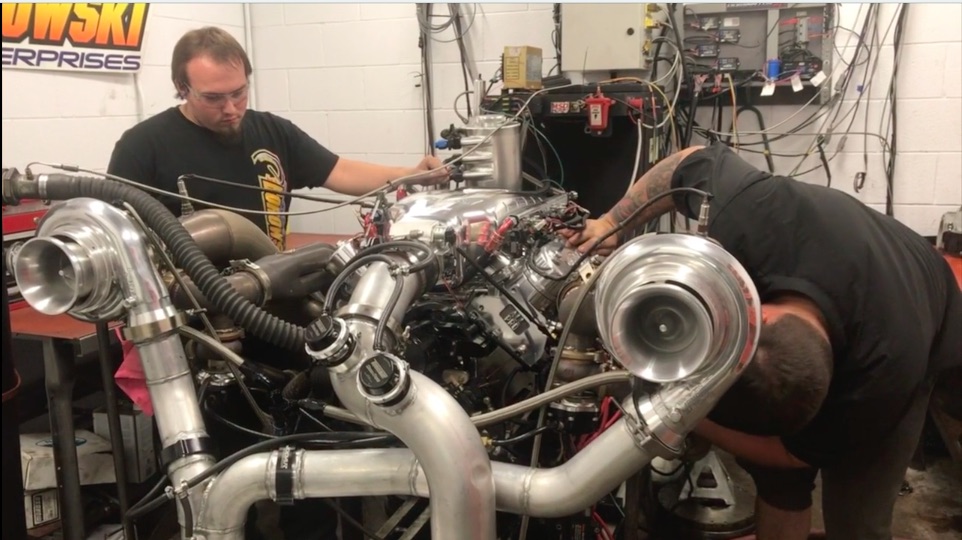 We know. You are just so sick and tired of LS engines everywhere. Why couldn’t we just show a Buick making 500hp or something and be happy with it. Well, because we love those other engines but stuff like this is not only impressive but also indicative of how the world is changing. See, for many years the LS engine has been the “junkyard race motor” it has been the equivalent to the Flathead in its era and then the small block Chevy in its era for the same reasons. It packages well, can be had for next to nothing, and makes power as long as you want to or until it blows up and you replace it with another cheap ass LS engine. But here’s the rub, the platform is evolving. So long as there are LS engines in junkyards, kids will be yanking them out and hot rodding them but these things are now being engineered into race engines and this is proof.

At the recent PRI show we saw multiple LS style engines that make 2,500-3,000hp. These are engines used in crazy serious drag cars like those that can be found in Radial vs The World competition and other hardcore heads-up classes. Companies like Dart, RHS, and Noonan and others are building blocks to handle prodigious horsepower. Companies like All Pro are making the types of ridiculously bad ass heads needed to make this kind of power, and companies like Borowski Racing Engines are packaging it all up into monstrosities this this one. 8,000 RPM, 23psi, and 2,347hp. Mind you, the 88s on this engine will produce FAR more than 23psi and mind you, the heads on this engine are not out of gas either. They were breaking this sucker in. 3,000hp? All day long.

It has been the evolution of every popular engine platform in hot rodding history. Grassroots movement starts, aftermarket responds, racers take a while to notice and then it is on like Donkey Kong.

The numbers may not be single digit but the big block Chevy’s dominance in the world of sportsman drag racing’s days are numbered..and that is just going to be the start.

Fabulous Floppers: This Excerpt From The Vintage 1980s Diamond P Video Is An Amazing Pocket History Of Funny Cars Watch A 1974 AMC Matador Get Hammered At The Track and Then Panned By The Critics

One thought on “Don’t Hate The Player: Watch This Dart LSNext Based LS-Motor Make 2,347hp With Twin 88s!”