Day At The Drags: Somernites Cruise To London Speedway 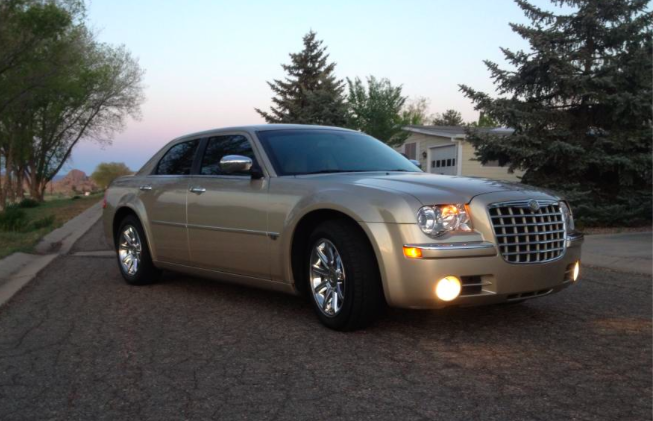 I spent this Saturday out in Somerset, Kentucky attending the Somernites Cruise weekend. I’m really liking the layout, and that they change up what the Saturday morning event is going to be. Last month I was helping fire off a Civil War cannon, and that was badass, but this month: oh yeah, dragstrip, baby!

I already have a time on the Imperial, and it’s honestly embarrassing. But…I had never run my 2006 Chrysler 300C down the track. I had never even thought about it. Therefore I was curious to see how much faster than my beater the big gold brick would actually be. Looking at the stats, I knew it’d be quicker: 350hp to a possible 320, 360-ish ft/lbs to …well, I have no freakin’ idea. New Gen Hemi>warmed over LA Chrysler. The only thing they have in common? Crap rear gears. The 300C is saddled with a one-legger filled with 2.87’s. Whoopee.

We woke up early after the prior night’s debacles (rainstorm, waitress having a nervous breakdown, flooding, etc.) and saw that the roads were dry and that the clouds appeared to be breaking up. Score! That was about the last good thing that occurred as far as planning goes. The battery in my camera was dead. I had also left the charger’s cable at home, so the inverter I bought at AutoZone to charge it with was now pointless. Annoyed, I just said “screw it” and we took off with the convoy. 45 minutes later, we were pulling into London Speedway. It’s a cool little small track buried in the Daniel Boone National Forest, and when I say buried, I mean it.

I’m not certain, but I think the Somernites crew had rented the track out to go have a blast on. No tech, just line up to whomever and get things going. I don’t have to be told twice. I did a basic safety check, set up my iPhone for in-car viewing, let my wife out to film outside, and got to it. Three runs later, Mother Nature became an unruly bitch and rained us out badly. So, the end result of my tests? The 300 badly needs a few things: exhaust, a better induction system, gears, and a limited-slip diff. It could also have all the crap emptied out of it beforehand, and not be totally full of fuel before a run, too. It soft-launches regardless of what you do, and force-shifts second gear, even if you aren’t anywhere near redline and in manual mode. However, with all that in place, the big barge hustled it’s way to a [email protected], which is the same trap as the Imperial but a ton more power. Something tells me I don’t want to dyno the Imperial just yet.

Here’s the video. It’s not fast either, but it’s still fun as hell!

6 thoughts on “Day At The Drags: Somernites Cruise To London Speedway”