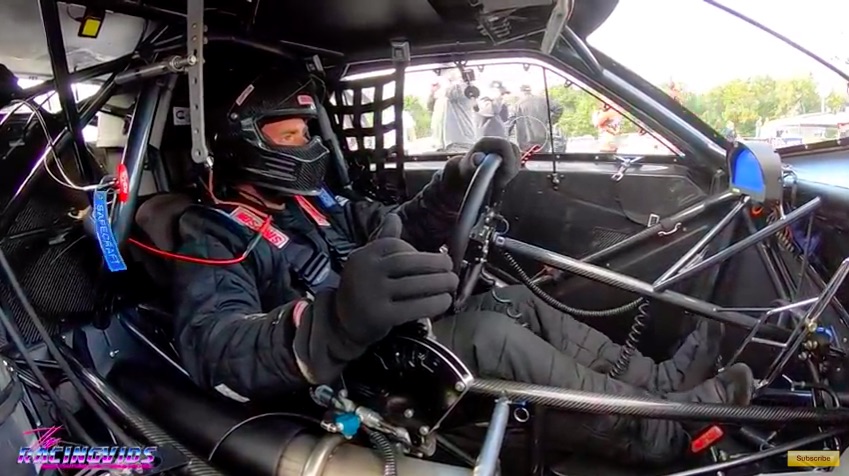 We have talked about Dean Marinis here at BangShift plenty over the years. The guy has been an absolute killer in a multitude of drag racing classes, most famously X275 with his orange Mustang, but his biggest career accomplishment to date came last weekend at Budds Creek, Maryland. It was there that Marinis drove and tuned the Harry Pappas owned, Jerry Bickel constructed Camaro to the first 5.5-second clocking for a nitrous pro mod in history. The car uses a 959ci Pat Musi engine and with all of the years of experience that Marinis has had working on his own stuff and working with Musi  directly on the NHRA tour, laying hands on Chad Green’s cars, it should come as no surprise to any of us that he was able to accomplish something that just a short fe years ago seemed impossible.

The most awesome thing about this run is not the 5.57-second elapsed time itself it is the absolute wrecking ball smash style entry into the 5.50s. This was not some, “sneak it in by a couple thou” move. No, this was turn the knobs to 11 and let the SOB eat for all its worth. Zoomie header equipped nitrous cars do not chuck flame out of the pipes as well as those that wear collector headers but as you will see in this amazing video, this thing was making fire like a blast furnace going down the course.

You are going to watch not only this run but an earlier pass from multiple angles, including bitchin’ in-car footage that shows us up busy Marinis was on both of the passes. The first run was a 5.67-second qualifying pass and the payoff run follows it.

When you can drive, when you can tune, and when you have the team who posses the collective ability and guts to go for it, this is what happens. Congrats to Dean Marinis, Harry Pappas and the rest of the crew for once again showing the world that nitrous ain’t dead…far from it.

Oh, and as far as jaw dropping numbers? How about a .930 60-foot time and the really impressive one. A 3.66-second eighth mile! This in a car with a quarter mile setup in it. Just totally and utterly awesome. Congrats to the team on their accomplishment.