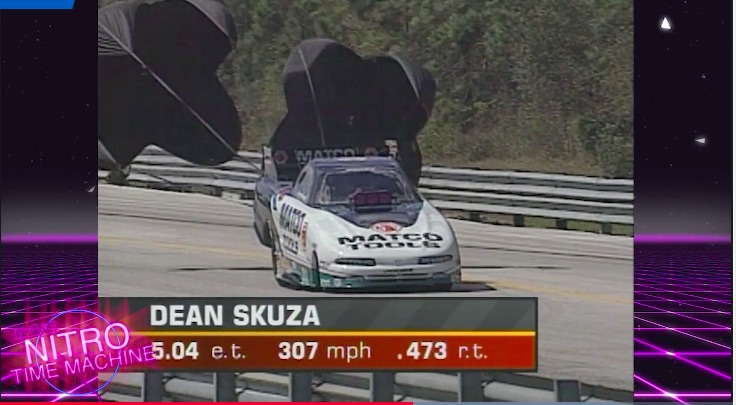 It’s really hard to conceive of just how dominant John Force was in the world of nitro funny car racing during the 1990s but this video gives us a little glimpse. Coming into the 1997 NHRA Gatornationals, Force was on a streak. This was March of ’97. He had not lost a round, not a single round, since OCTOBER OF 1996. That’s not to say that close shaves were lacking. In fact, Dean Skuza took Force to the mat the race before Gainesville in Phoenix and nearly beat him there. In Gainesville Skuza would not let his opportunity escape a second time.

People (including us!) loved Dean Skuza as a funny car racer. A fun loving, beer drinking, dirty firesuit wearing, throwback style driver, he could wheel a car, wrench on a car, and do it all with some swagger. He was the right guy to play the foil to John Force in this scenario, especially given the fact that they tangled in that final round as well.

Dean Skuza has long been retired from the world of nitro funny car racing. He accomplished a lot in these cars and while every win is awesome, we have to imagine that beating Force in this fashion and being the guy to “stop the streak” carries with it some really special memories. 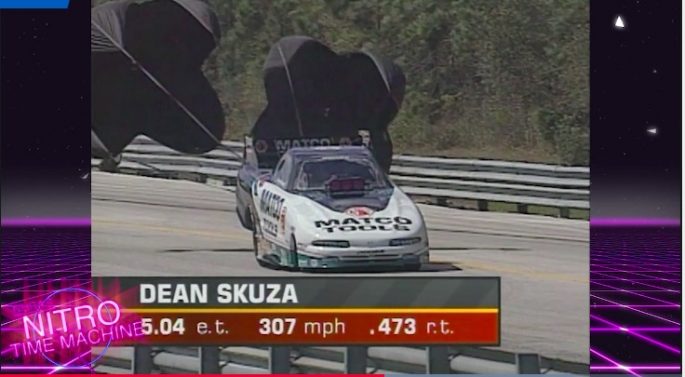 One thought on “Streak Stopper: Watch Dean Skuza Shut Down John Force At The 1997 NHRA Gatornationals”