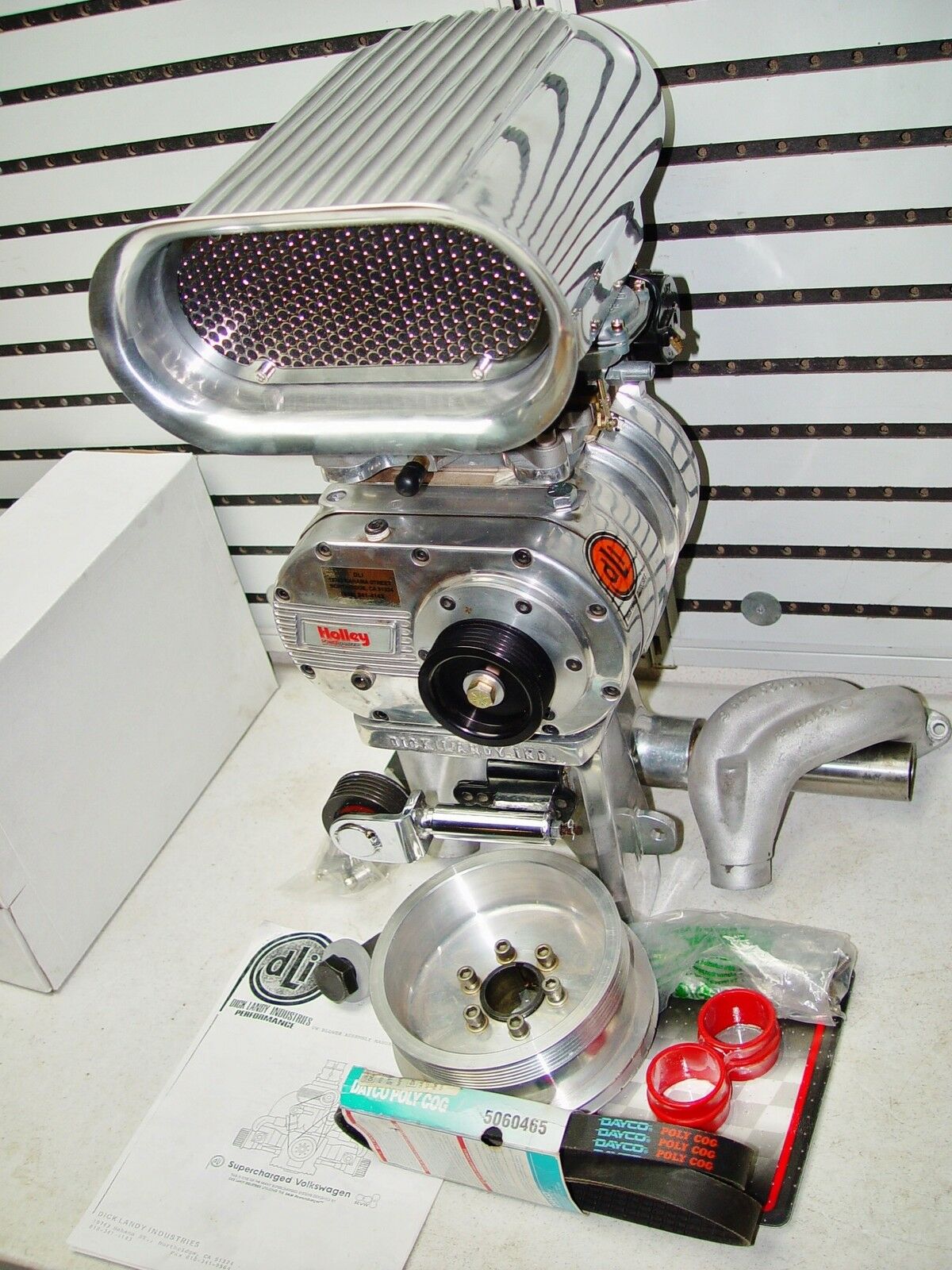 It’s sometimes tough to think that there can ever be a “last” or “only” of anything related to cars, right? Someone ALWAYS has something stored, saved, hidden, or otherwise stashed away that will be found years, days, or weeks from now. On this particular matter, though we think we’re in the right. There is a guy selling a complete Dick Landy Industries VW supercharger kit that we think could be the last such one that’s never been used on Earth.

Dick Landy did pretty well with these kits back in the day but it wasn’t like he sold 200,000 of them. Also, the fact that this one has never been mounted or used makes it pretty amazing. The shop that is selling it has been selling their other Dli new old stock stuff and they say this is the last one they have in their possession, which is what leads us to think of it as the end of the line for them to exist as “new parts” anywhere else on Earth.

Yes, the supercharger is about as big as the carburetor and it’s not like the thing is going to make 50psi of boost, but bolting this seemingly stone simple kit onto your VW flat four would definitely give it some teeth and do so in a quick fashion. This legit looks like an afternoon’s work. Landy worked with Holley on this kit and they were the ones who provided the blowers and carbs. His company figured out the mounting and all of that stuff.

If you have a VW and want to make more horsepower and add some history to the mix, as well as some 1990s old school flare, this thing should be yours. It’s the last chance you’ll ever get to buy one new. 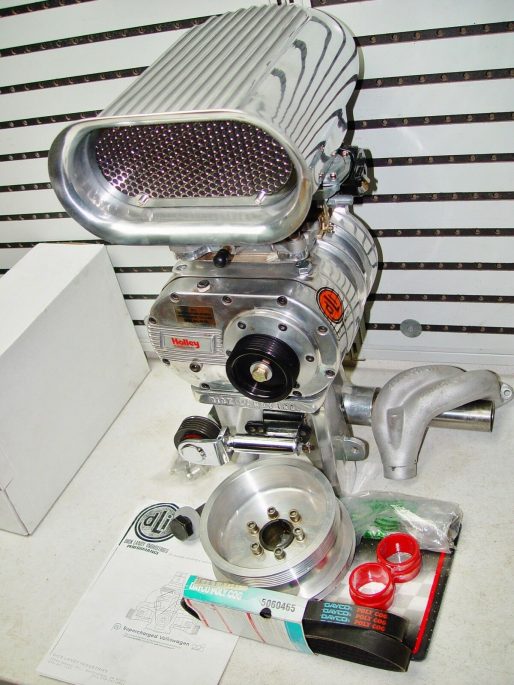 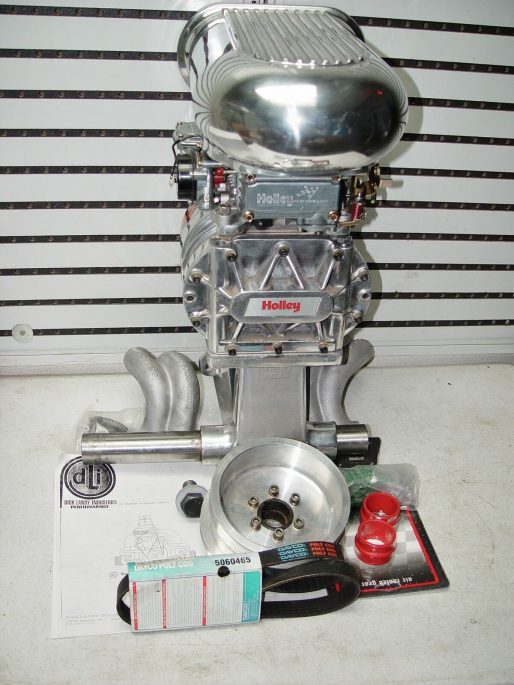