Don’t Try This At Home: Making Repeated 8-9 Second Laps In A Car With Screwy Steering Isn’t That Good An Idea 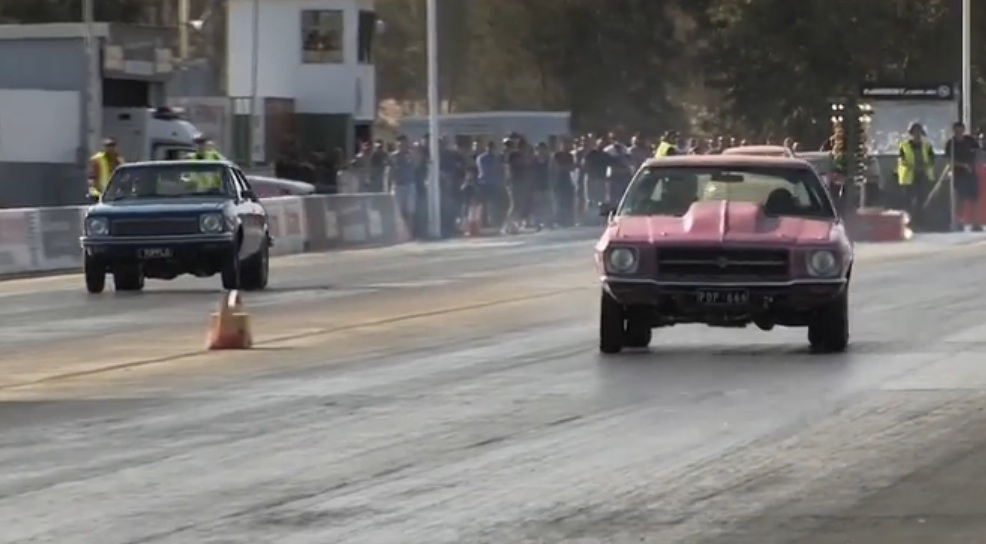 Of all the things this car has, like a turbocharged big block, some cool patina, a stout transmission, license plates, and a full interior, there is one thing it does not have. A steering wheel that accurately directs it in any certain latitude or longitude. That being said, it doesn’t worry the driver much because as you will see in this video he cranks off some big time elapsed times as the car hunts and wanders around the course like a fat kid in a donut factory. Some of the runs are straighter than others but that left front tire doesn’t seem to be in the game at speed. The guy does not crash, he does not overtly endanger anyone’s life, but it is still weird as hell to watch.

He has confidence in the brakes because the car is turning speeds of over 150mph and we can’t see a parachute hanging off the back of the more door Holden anywhere. Please don’t get us wrong, this is an awesome car. It is street legal, driven to the track, and it is blindlingly fast. We’re just a little interested in the handling aspects of it.

What got us really interested at first was the mention that the car had just been fixed and there was no time to align. The old tape measure method would have gotten it decently close but we don’t think that this guy did anything to square it up. Also someone mentions in the video comments that every time he has seen the car it acts like this. The screwy steering is like nothing we have ever seen before.

We’re not so sure we’d want to be pacing that thing at speed and praying nothing happens…would you?

Watching This Cummins-Powered Ram Folding In The Middle During A Tug-Of-War Is Only The Beginning Of This Video! The 1908 Mors Grand Prix Racer: When The Racing Automobile Was Just Starting, They Were Monsters

10 thoughts on “Don’t Try This At Home: Making Repeated 8-9 Second Laps In A Car With Screwy Steering Isn’t That Good An Idea”