Drag Gallery: More Nostalgia Nitro Funny Action From Geezers At The Grove 2013 – We Love These Things! 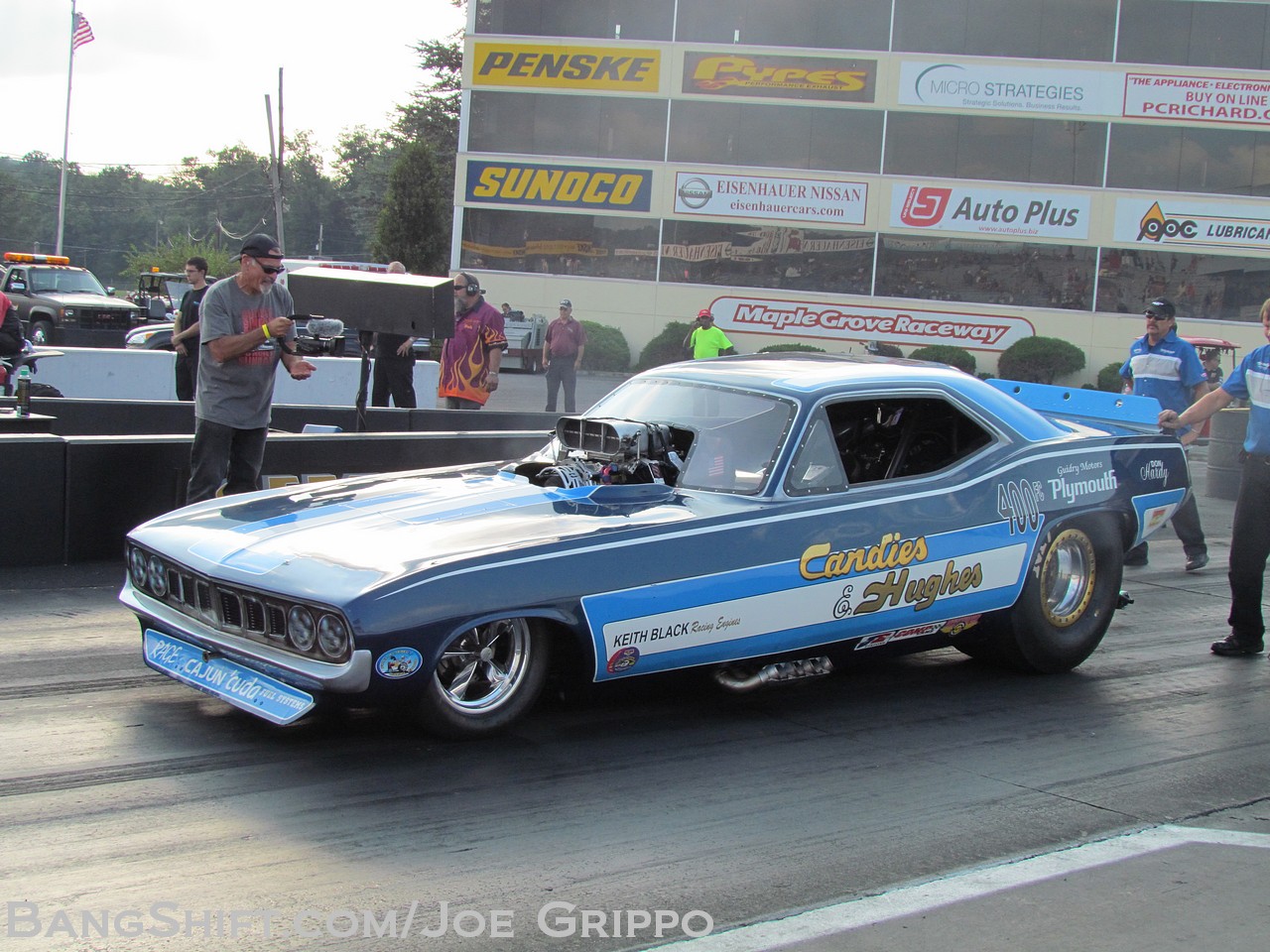 (Photos by Joe Grippo) – Yesterday we dropped some cool photos from the pits and show car parade at the 2013 Geezers At The Grove nostalgia race. Today we’re shoving nitro and alky burning nostalgia funny cars all up in your business. Joe Grippo bravely hung on the wall while being doused with copious amounts of nitromethane during funny car qualifying.

As you’ll see some of the strongest cars in the country were on hand including the Brand X machine, the Mill Road Boys, and more. A special machine, the Candies and Hughes Barracuda was also there. This was a fitting tribute to the late Paul Candies who passed away recently and really enjoyed the fact that this car was out terrorizing strips as he and Leonard Hughes did for so many years with a litany of great drivers.

Joe reports that all of the funnies had their act together and the show was a great take. His photos are cool with some great burnout and launch shots. Hit the link below to check them out. The Jungle Jim tribute car, driven by John Smith was the ultimate winner at this contest, which was no small feat considering the fact that this was a stout field!

HIT THE LINK BELOW TO SEE THE FULL GALLERY — DRIPPING WITH NITRO! 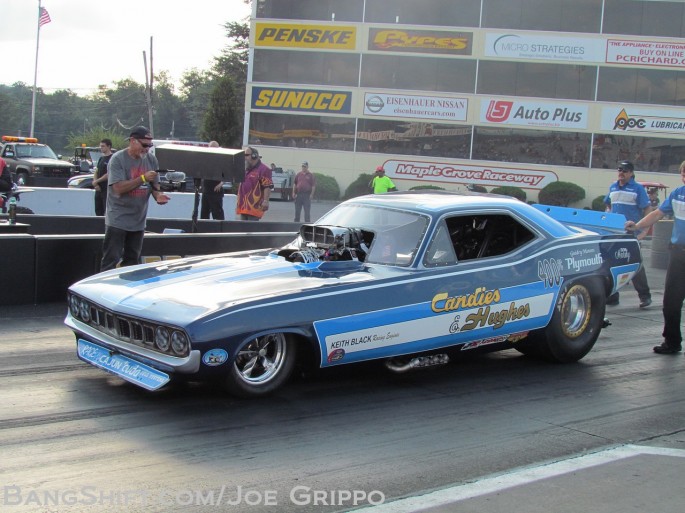 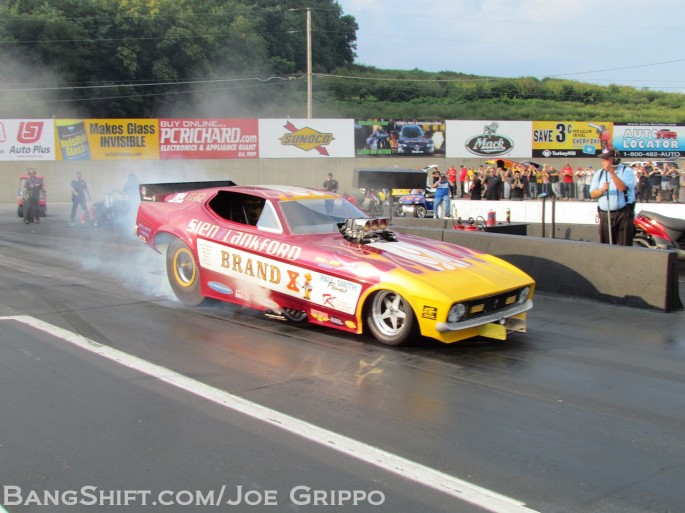 One thought on “Drag Gallery: More Nostalgia Nitro Funny Action From Geezers At The Grove 2013 – We Love These Things!”