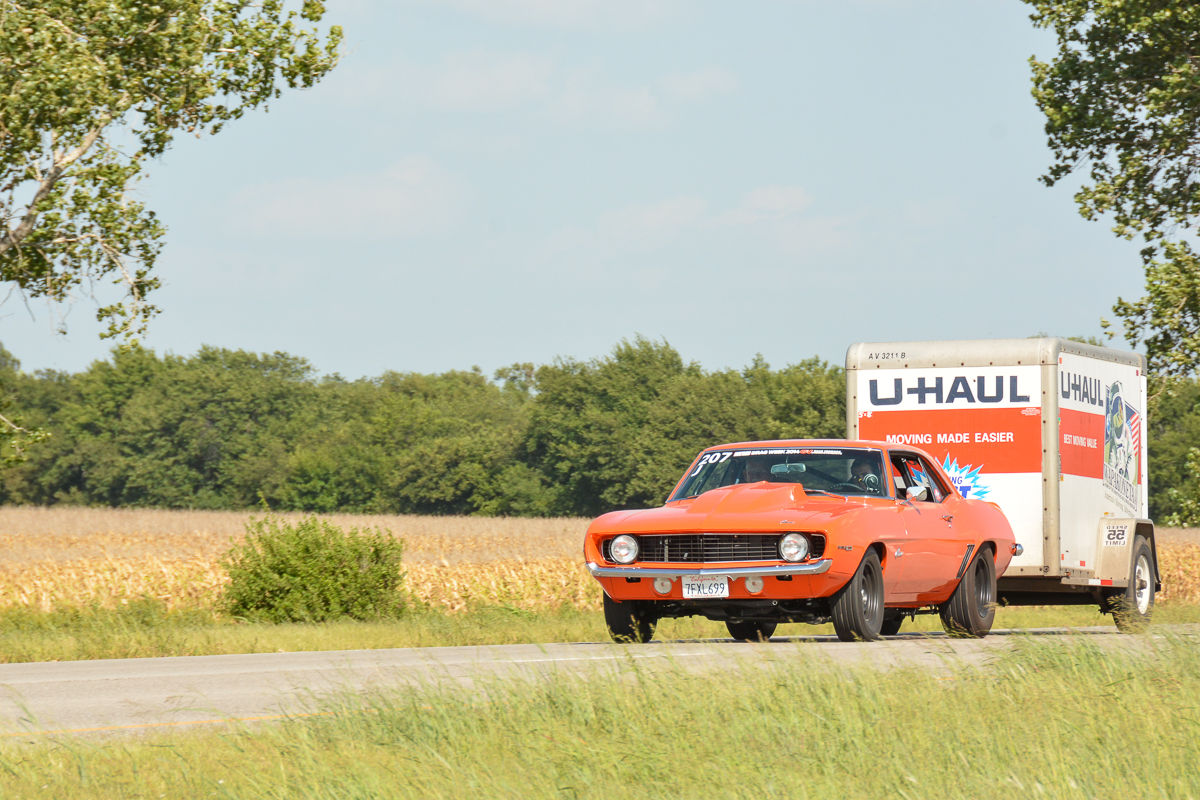 (Photos by Justin Oney) – When Drag Week racers and staff woke up on the second morning of the event outside of Topeka, Kansas lots of questions hung in the air. Who made the drive? Who blew up? How many strewn automotive corpses littered the highway between Tulsa and there? The short answer is that we lost about 30 cars from the start of the first day to the start of the second day. The cars dropped out for a myriad of reasons. Maybe something catastrophically broke, maybe the racer came to his senses and thought, “What the hell am I doing?”, maybe something personal came up and they had to abandon ship, no matter the reasons roughly 10% of the field had not made it off the starting blocks.

Topeka the racetrack is a weird, weird place. This was my second visit to the facility this year and because it has a road course that runs parallel to the drag strip, the stands are miles away from the action and when you are announcing there it is almost like you are announcing into the Grand Canyon. Sure, someone can hear you somewhere but it sure if odd to not see or hear people’s reactions to stuff. The competitors seemed to like the track well enough as several big numbers were turned in and there was no sign of weirdness, badness, or shoddy prep by the Heartland Park crew. You’ll see photos in this gallery of wheelie action and slicks all kinds of wrapped up on themselves.

The drive from Topeka to Noble, Oklahoma (the track you’ll see tomorrow) was great and Justin took some time to pull over and capture the competitors as they rolled on down the road, trailers, roof racks, and other carrying means intact. We have said it before a million times, but the road trip/drive aspect is so great at this thing you simply cannot discount it as part of the adventure. The small towns that aren’t all run over with chain crap, and stand as they did 150 years ago rule.

HIT THE LINK BELOW TO SEE JUSTIN’S DAY TWO PHOTOS FROM DRAG WEEK 2014 – ACTION AND CRUISING IN TOPEKA, KANSAS 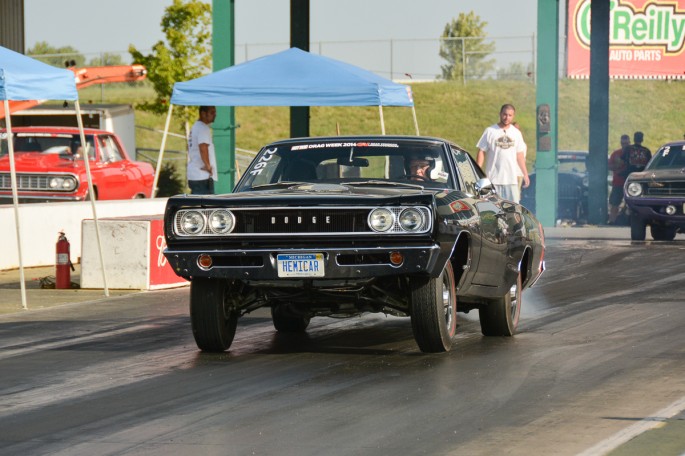 Blown Freak Show! This Radically Altered 1959 Cadillac Is A Rat Fink Level Of Love It Or Hate It Design Unhinged: Always Just Out Of Reach

2 thoughts on “Drag Week 2014: Justin Oney’s Photo Diary – Day Two Topeka, Kansas On The Strip And On The Roads”