Great Save: Watch This Dragster Driver Bail Himself Out At Hal Far Raceway On The Island Of Malta 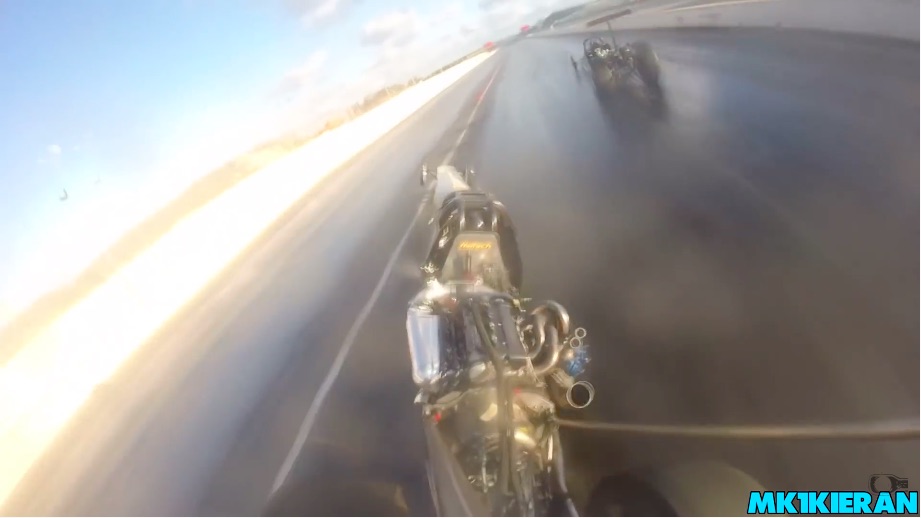 It all goes awry so fast on the strip, right? That’s what this driver experienced at Malta’s Hal Far Raceway during a run in a wildly quick 4G63 Mitsu powered dragster. What’s cool is that we see some really clean and fast rips before we see the one that nearly got ugly and it tells and interesting story about how drag cars, especially dragsters work. The clean runs you can watch the car leave the starting line, stay planted to the track and stop the clocks with the little engine screaming and accepting a mouthful of boost. This thing runs 6s at nearly 190mph. It’s a hustler.

On the clean runs the car hits the tire and you can see it kind of jerk the front end on what might be a converter lock or a shift. Either way, this thing is not a car that seems to pull wheelies often. That’s why the save run is interesting. The car pulls a wheelie and lands with a slap. That does not instantly upset the chassis but it leads the car to be unsettled, the driver to fight and ultimate for the thing to end up on two wheels. It was a brilliant job to save the machine because in this scenario we have seen a lot of cars end up on their roofs or in this case, cages.

The driver does a nice job and we get to see it from a couple angles. As good as the ground level stuff is, the wing angle really tells the story. He lost the round but kept his car in one piece. This is a close one!

3 thoughts on “Great Save: Watch This Dragster Driver Bail Himself Out At Hal Far Raceway On The Island Of Malta”