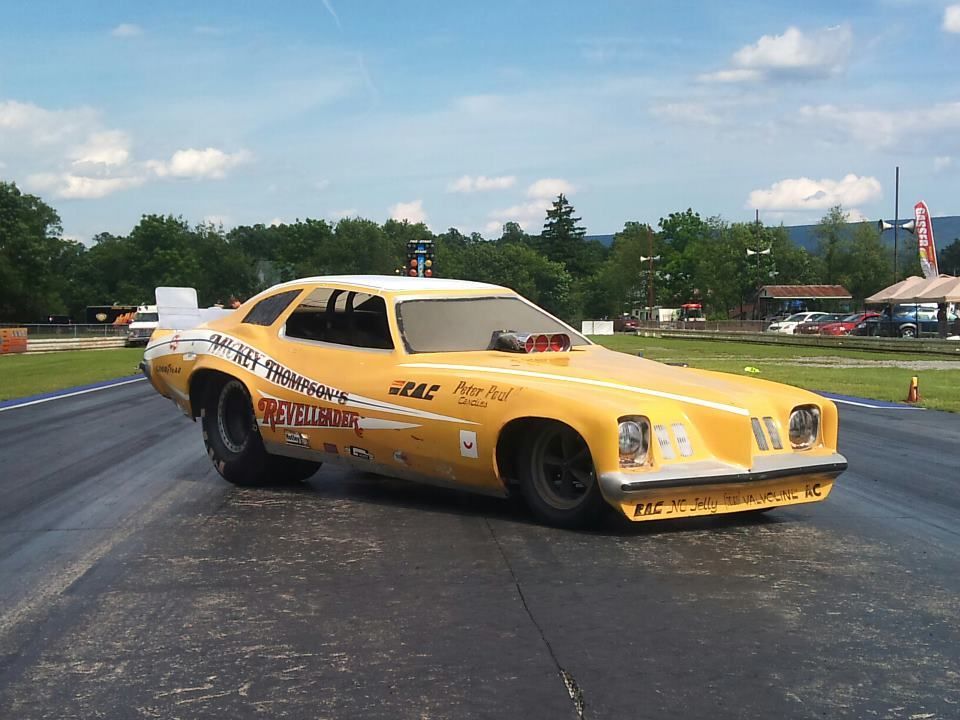 One of the coolest funny car bodies of all time is for sale. Yes, it has a chassis, too but that chassis it not the original pipe, so we’re more gaga over the body than anything else. The 1973 Pontiac Grand Am you see in the photos below was the first Grand Am flopper ever built and the body was built by Ron Pellegrini in Chicago who Thompson commissioned for the job. Of the zillion cool things regarding this body, one of the coolest is that Pellegrini had a 1973 Grand Am long before any were known to exist outside of GM Engineers.  No one really knows if Pontiac called Mickey or Mickey called Pontiac to make this happen but what we do know is that the work was top secret and done in a hidden area at Pellegrini’s shop.

Once completed, Mickey Thompson chose Butch Maas to campaign the car and for two races he did. Sadly at the Gatornationals in ’73, Mass blew the car up and suffered a fire that damaged both the chassis and the body. Rushed back to California, the car was put back together by a crew that included Dale Pulde and others. It then went back on the road and over the course of Pulde running the car, it set national records, won races, and crowds were totally into it. We love this style so much because if you look at funny car photos from 1973, you’ll see LOTS of Mustangs, Camaros, and Vegas, but not much else. This Grand Am was a very unique piece that actually had some success which is both rare and awesome.

The seller claims that the body was purchased from Mickey Thompson’s daughter and that it is sitting on a 1970s era funny car chassis but not the correct one that it was originally mated with. If the car had that ‘Lil John Buttera, 118″ wheelbase chassis under it, we’re pretty sure that the price would be a lot higher than what ever it is now, which is probably not cheap. We’re not sure what the reserve is but with bidding currently at $6,500 bucks we’re sure it is significantly higher than that. If you know your nostalgia funny car stuff, you know that east coaster Dave Sano campaigned at Grand Am bodied nostalgia car with one of the great paint jobs (he is a painter) of modern times. Sano’s car was exploded and repaired but it stands (for us) as the only Grand Am flopper we have seen in person.

With original paint, lettering, and battle scars, this is one of the coolest things currently for sale on eBay. DO WANT.

SCROLL DOWN TO SEE PHOTOS AND THEN HIT THE EBAY LINK TO SEE MORE STUFF AND INFORMATION! 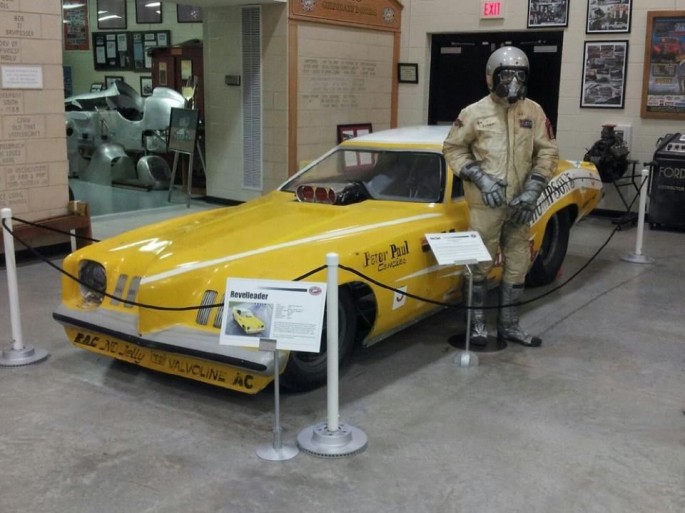 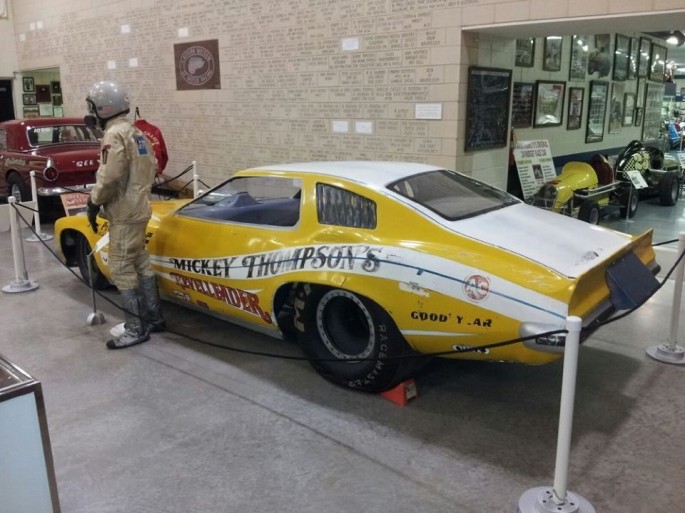 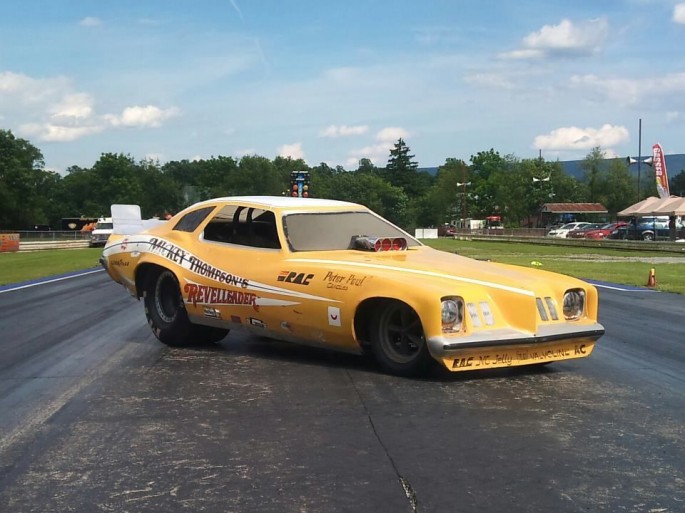