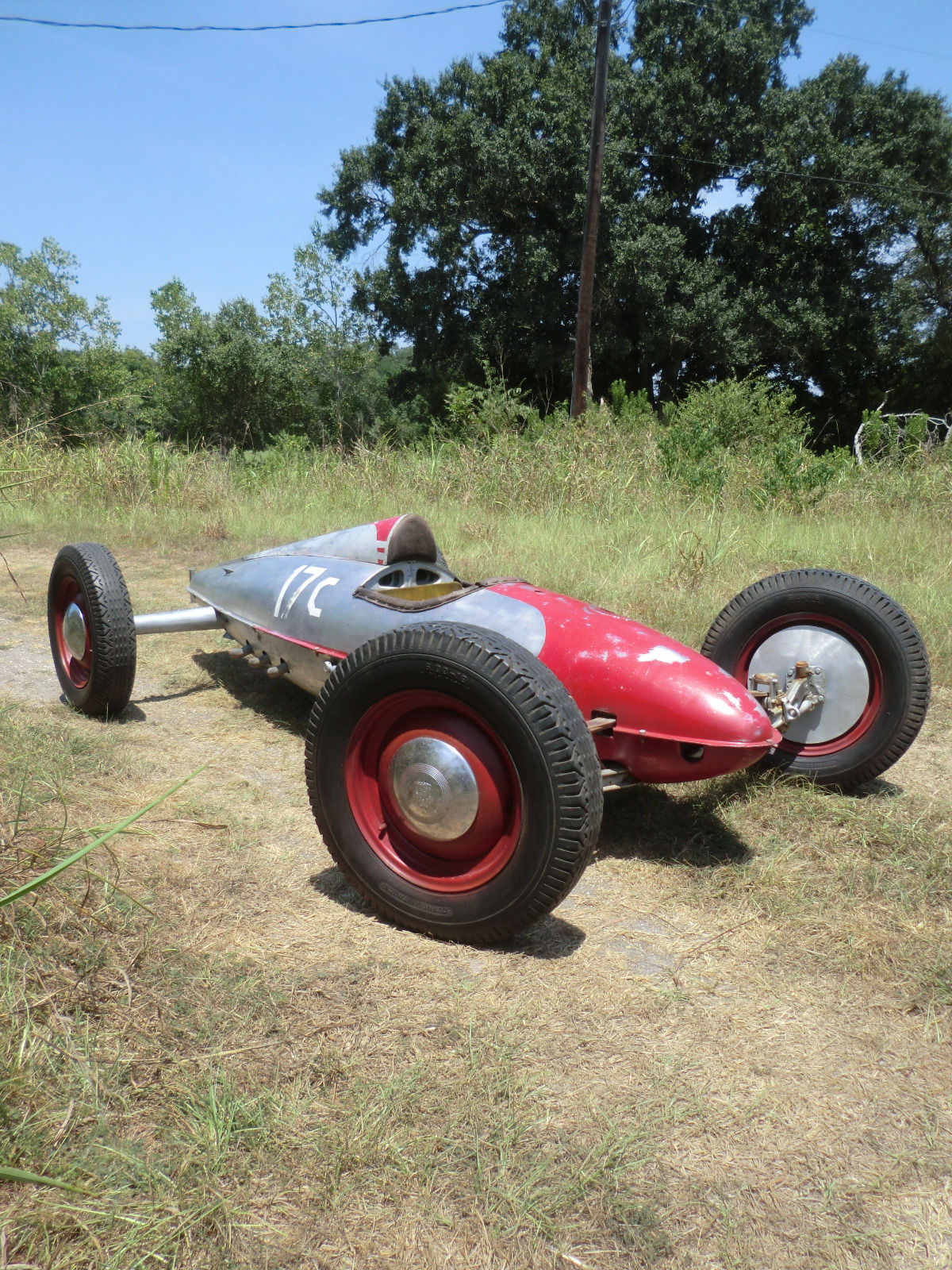 With all the controversy and yelling that has been going on over the last couple of weeks regarding the EPA, the future of grassroots racing, hot rodding, and enjoyment with cars, it might be the best time possible to look back and see where we as a collective group of hot rodders came from. Machines like the one shown below which is being sold on eBay as a “mockup” of a 1940s style Bonneville belly tanker offer an awesome window into a simpler and very rich past that many of us love. Why is this being sold as a mock up? The seller claims that it was never designed to be driven or raced. Is that to protect his bacon and make it clear that is someone were to do such a thing it would not be his problem? Maybe. It looks too awesome to be used a s some static display though. We know that for sure.

Constructed within the last 10 years, it is not an “old” car but it is built off of the proper 330-gallon WWII Corsair fighter plane drop tank that belly tankers of the era were made from. It does not have an engine, transmission, or means to motivate itself and it was built to be displayed. Sorry if we’re being repetitive but the seller of the thing is even more so in his ad.

Here’s a some of the text from the ad. This thing is awesome!

This very rare and authentic build is all original U.S. GOVERNMENT WWII aircraft aluminum (aesthetically this build is indistinguishable from an actual 1940’s Salt Flats Racer) with 1940’s Plymouth steel axles and  just under 14 feet in length and weighs about 350 pounds.  There are four “lift eyes” pulled from a decommissioned WII aircraft welded to the two axle shafts and are designed to cable support the “Lakester” from rafters or a ceiling and can be easily mounted as a prop in a collector car showroom.
The uses for such an authentic WWII Tank Belly Racer would be endless and an immediate crowd pleaser.  Of course, if the new owner decided to “open” the body and mount a “frozen” antiquated, period correct (post war) car motor then this would absolutely complete the Racer as an impressive static display, and it would be virtually indistinguishable from an actual $75,000-$100,000 WWII Tank Belly Bonneville Salt Flats Racer.
The mock up rolls (and steers) and has an actual 1930’s WWII working airplane “yoke” aircraft steering wheel and guages, but was not designed to be raced or driven.  Of course, if you have the engineering skill sets and ambition anything’s possible, but as is, she is a very unusual and commanding static vintage automotive display. 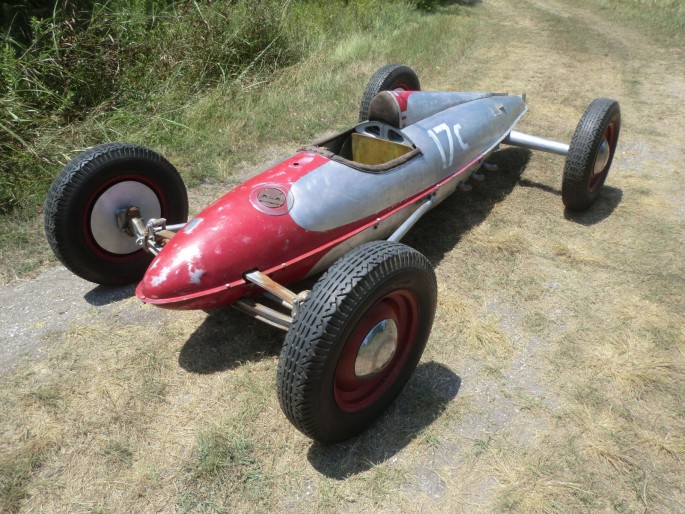 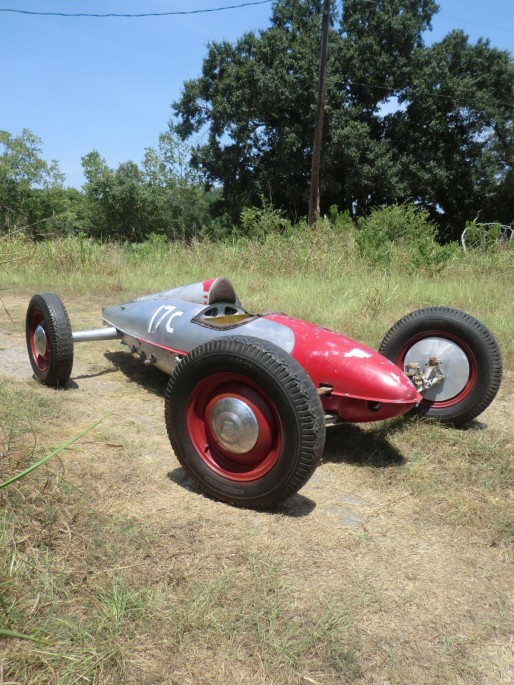 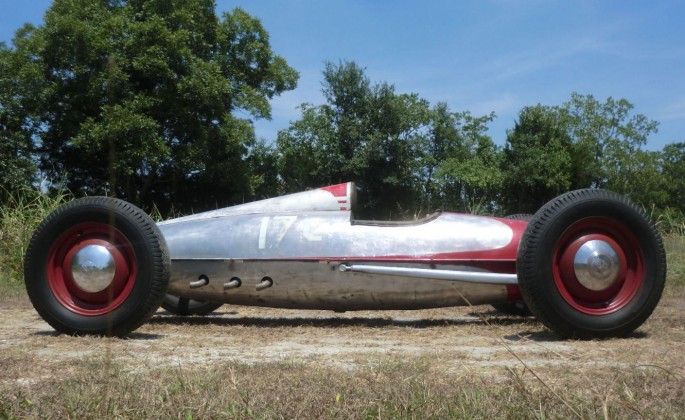 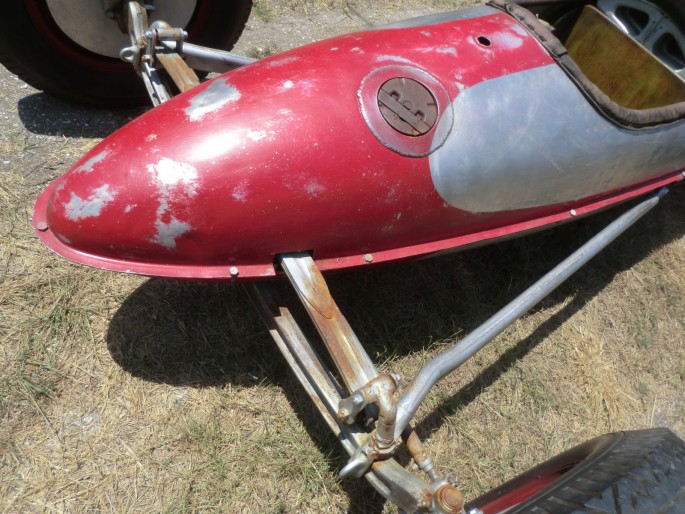 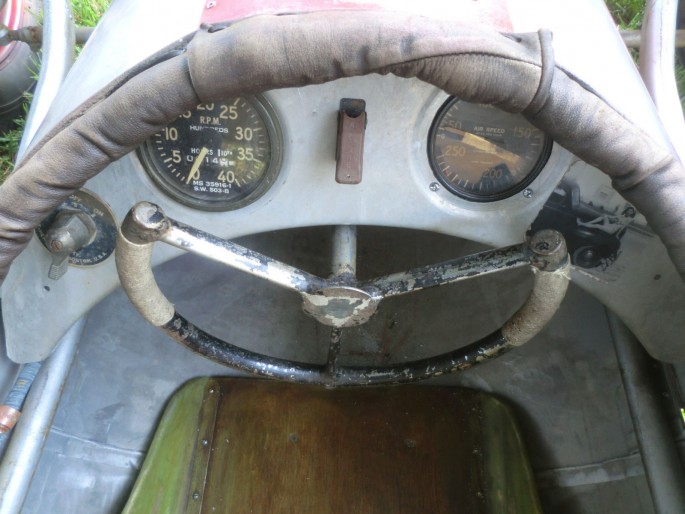 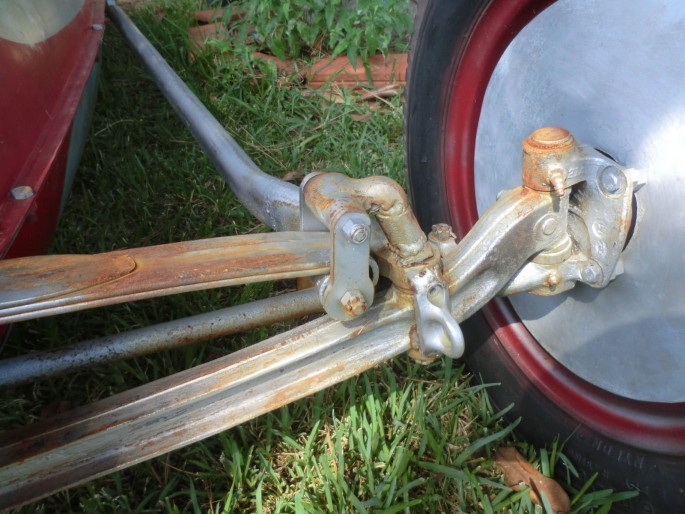 Roadtrippin': Being In The Moment And Nearly Missing It... My Day With The Unsers Question Of The Day: Real Or Fake? You Make The Call On This Mangled Craigslist Mustang